Signed by Canadian Prime Minister William Lyon Mackenzie King in December of 1939 in Ottawa, “The Plan” called for 50,000 aircrew to be trained per year to support the war effort, for as long as necessary.

Each country was to supply a certain number of troops to reach their quota. As a result, Canada’s quota was to supply 13,000 troops per year.

The scheme called for the establishment of a system of airfields and schools across the country. The Royal Canadian Air Force operated these facilities under the direction of the Canadian government.

One of those training bases was located at Claresholm, Alberta.

The farming community of Claresholm from the air in the late 1930s.

Claresholm was an ideal place for a Royal Canadian Air Force training facility. Clear skies, with flat, wide-open terrain made it suitable for flight training, day and night.

Claresholm was one of 17 Service Flying Training Schools in Alberta. There were a number of other bases in southern Alberta, near Claresholm. These included bases at Calgary, High River and Vulcan to the north, and Fort Macleod, Pearce and Lethbridge to the south.

Therefore, Claresholm marked a convenient mid-way point between Calgary and Lethbridge. Additionally, it was a short flight to and from all the other regional locations.

An Explosion of Growth

The preliminary survey of the site for hangars and work buildings happened in August 1940. Construction of No. 15 Service Flying Training School in Claresholm began in October 1940.

Construction of the base brought engineers, tradesmen, labourers and all kinds of heavy equipment operators to the town. Seemingly overnight, upwards of 1,000 people were added to Claresholm’s population. 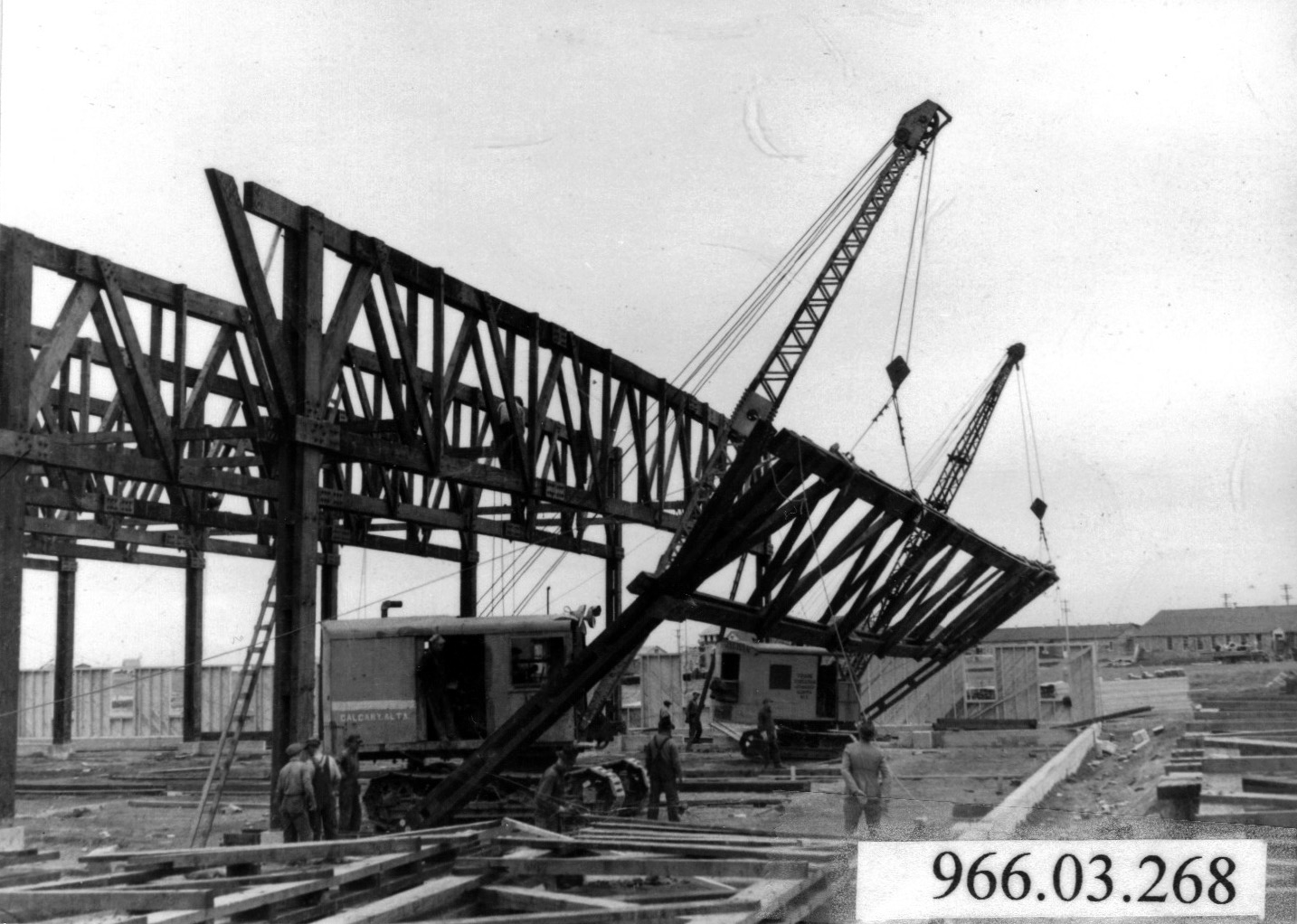 Raising rafter structure on the first hangar at No. 15 SFTS. 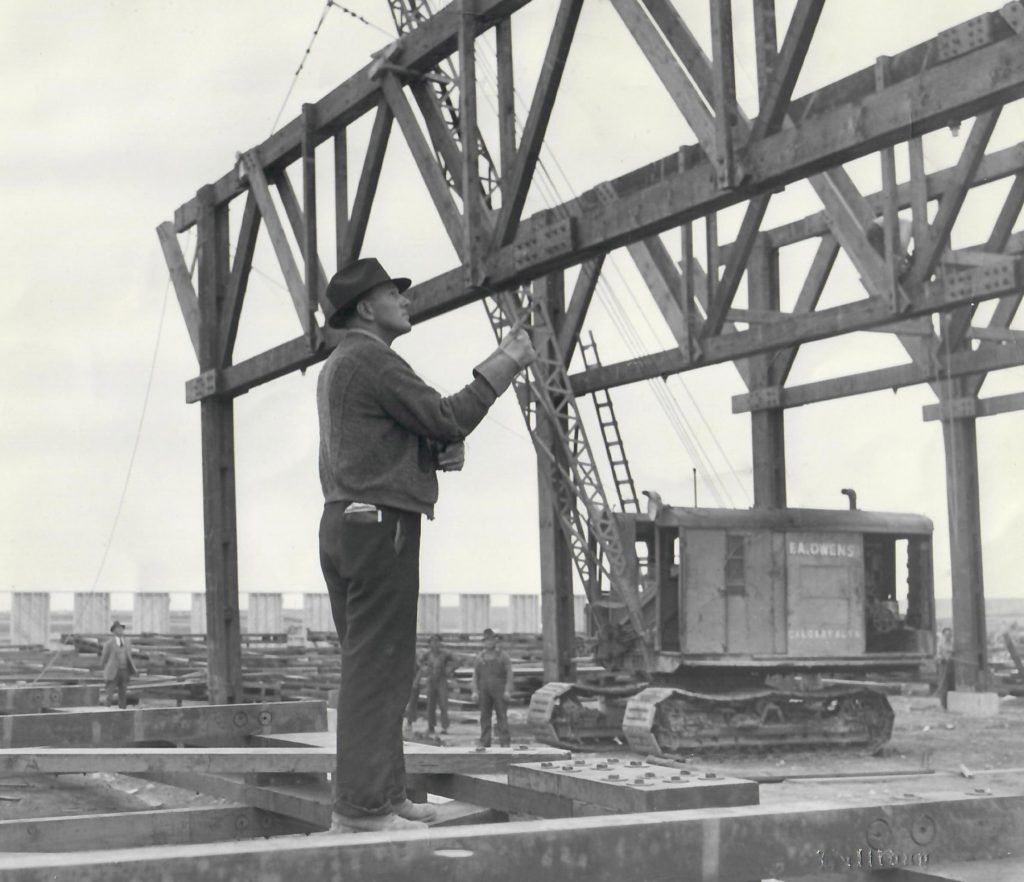 Five enormous, 25′ (7.62m) high hangars were initially erected at Claresholm, along with all the necessary buildings needed to support the school. Two more hangars were added between 1941 – 1942. 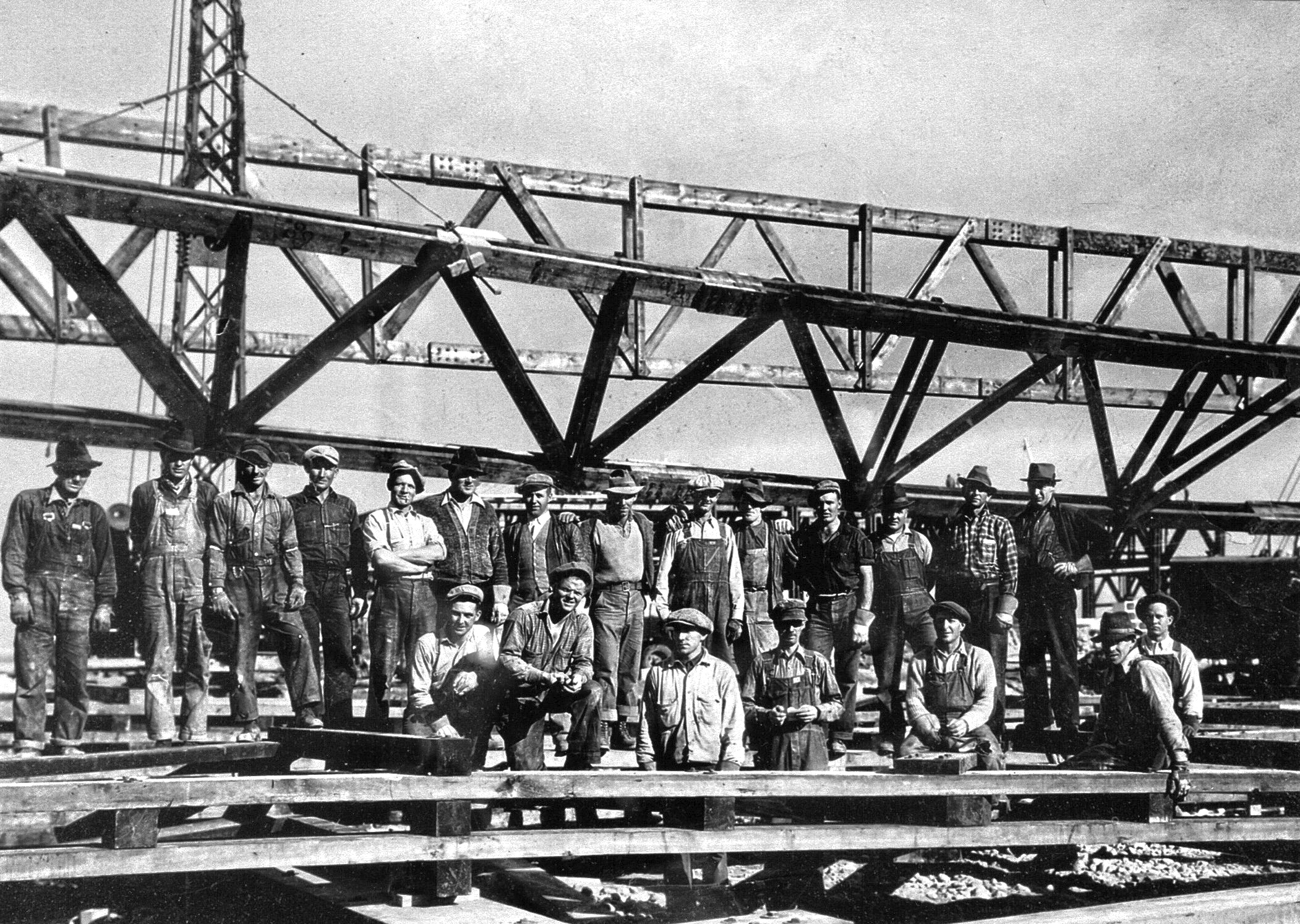 Work crews came from across the province to build the BCATP bases in record time.

As an example of how quickly the construction progressed, on March 25, 1941, the Bennett & White Construction Company raised the fabricated framework of a standard size hangar in just 7 hours 45 minutes! 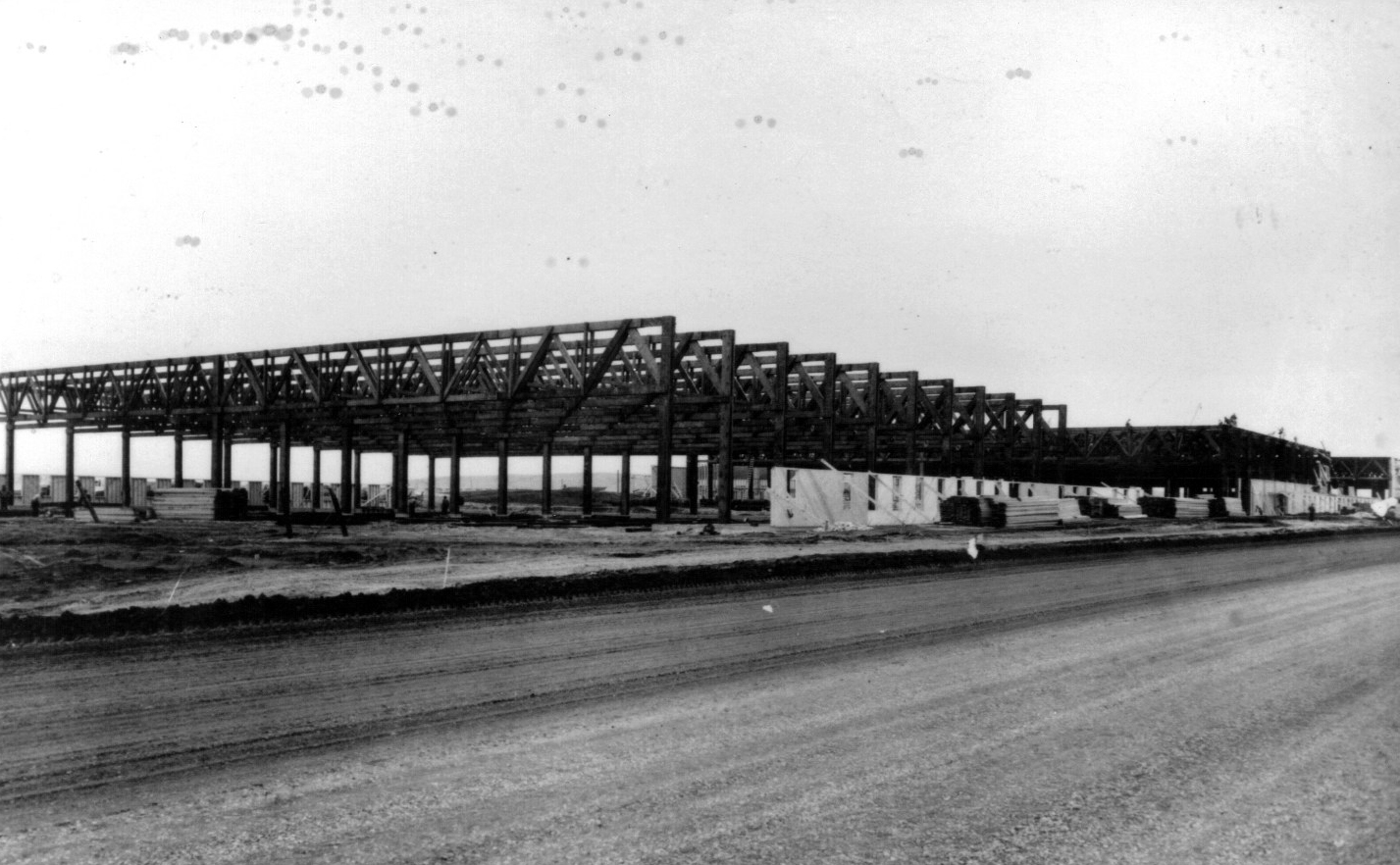 Three of the five original hangars at SFTS #15 under construction in the Spring of 1941.

Comfortable quarters for RCAF instructors, staff and base administration, and recreational buildings were also constructed.

Construction was completed in the late Spring of 1941. The airbase was then ready for personnel to arrive. They needed to get training systems and staff in place prior to the arrival of the first group of students.

The RCAF opened No. 15 Service Flying Training School at Claresholm on June 9, 1941.

Training began right away, both in the classroom and in the air using wooden twin-engine aircraft. The course provided a total of 75 to 100 hours of flying instruction. Instruction included night flying, flight navigation and advanced aerobatics, combined with comprehensive ground school instruction.