Air-Worthy Students Ready for Take Off

The first “flight” of 30 pilots at No. 15 Service Flying Training School had completed their training by mid-August and were ready for graduation in only 9 weeks. 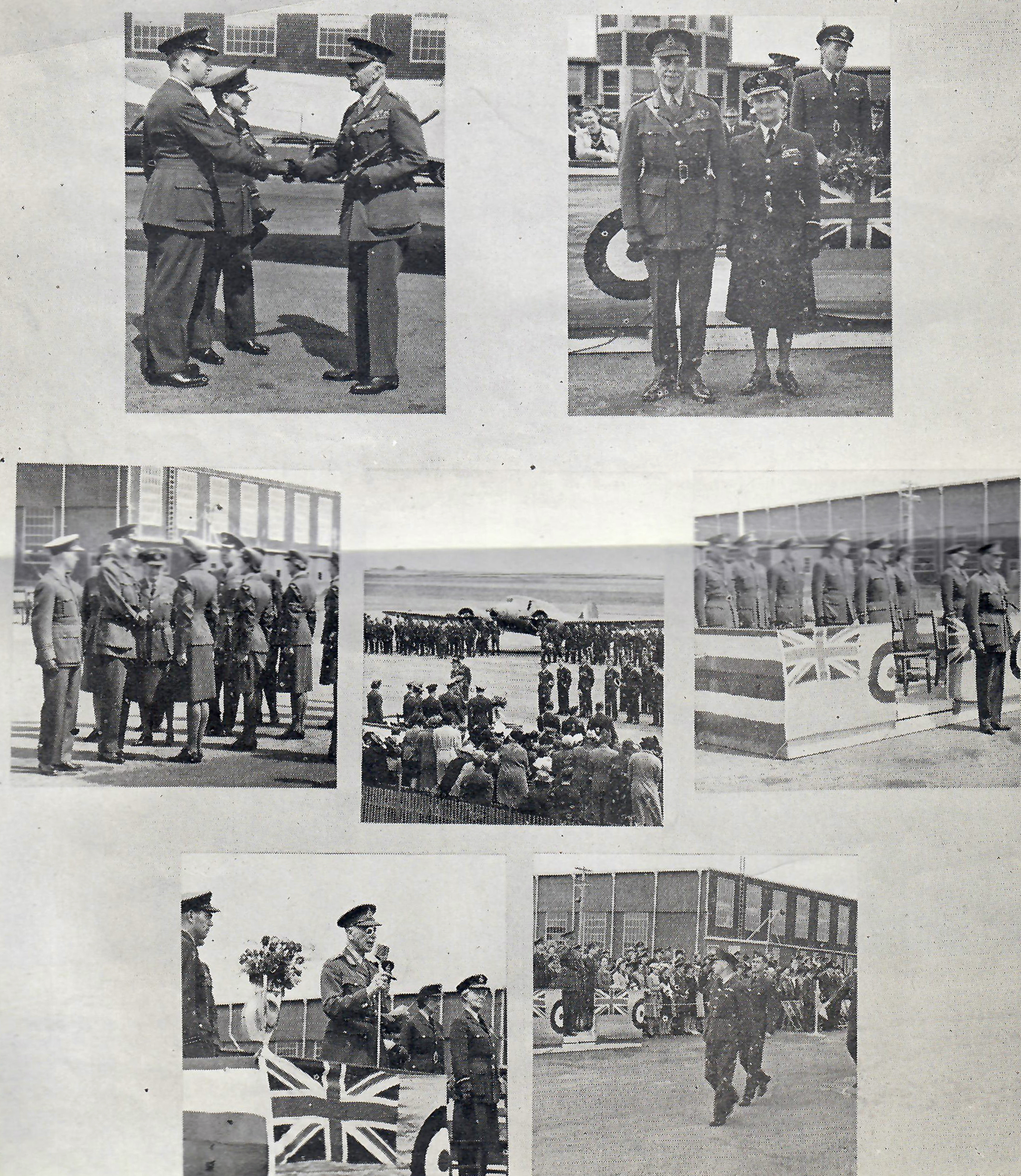 The Lieutenant Governor of Alberta and the RCAF’s Commanding Air Officer officiated at the grand opening of the Claresholm airbase. 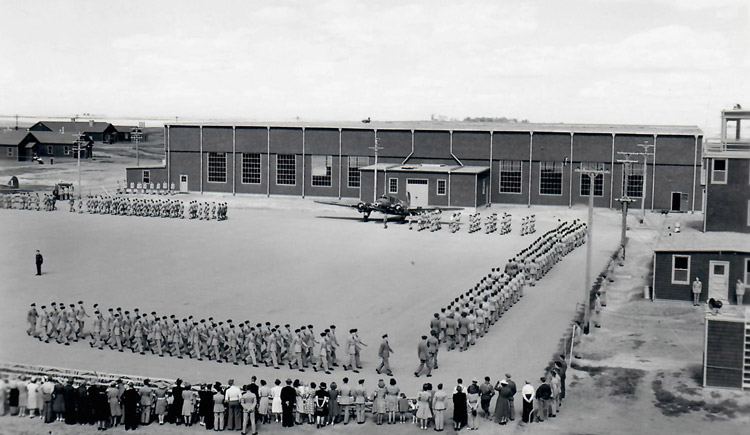 Military parade at the grand opening of No. 15 Service Flying Training School on August 16, 1941.

Royal Visitors to the Airbase

With a new class graduating approximately every four weeks, there were monthly graduation ceremonies, many with dignitaries in attendance over the years.

On October 5, 1941, the Duke and Duchess of Windsor arrived to tour the facilities. After inspecting the Guard of Honour and receiving the Royal Salute from station personnel, the Duke of Windsor gave a short, but rousing, speech. The Duke then presented the flying badges to the third graduating class, Course 34.

Approximately 5,500 people were in attendance at this event, including officers from No. 4 Air Training Command (Regina/Calgary), No. 7 SFTS (Fort Macleod) and No. 3 SFTS (Calgary).

A tea was held in the Officer’s Mess for the officers and their wives. The Duke and Duchess freely mingled with station personnel and guests. The Royal pair departed for No. 5 Elementary Flying Training School (High River) at 17:00hrs. 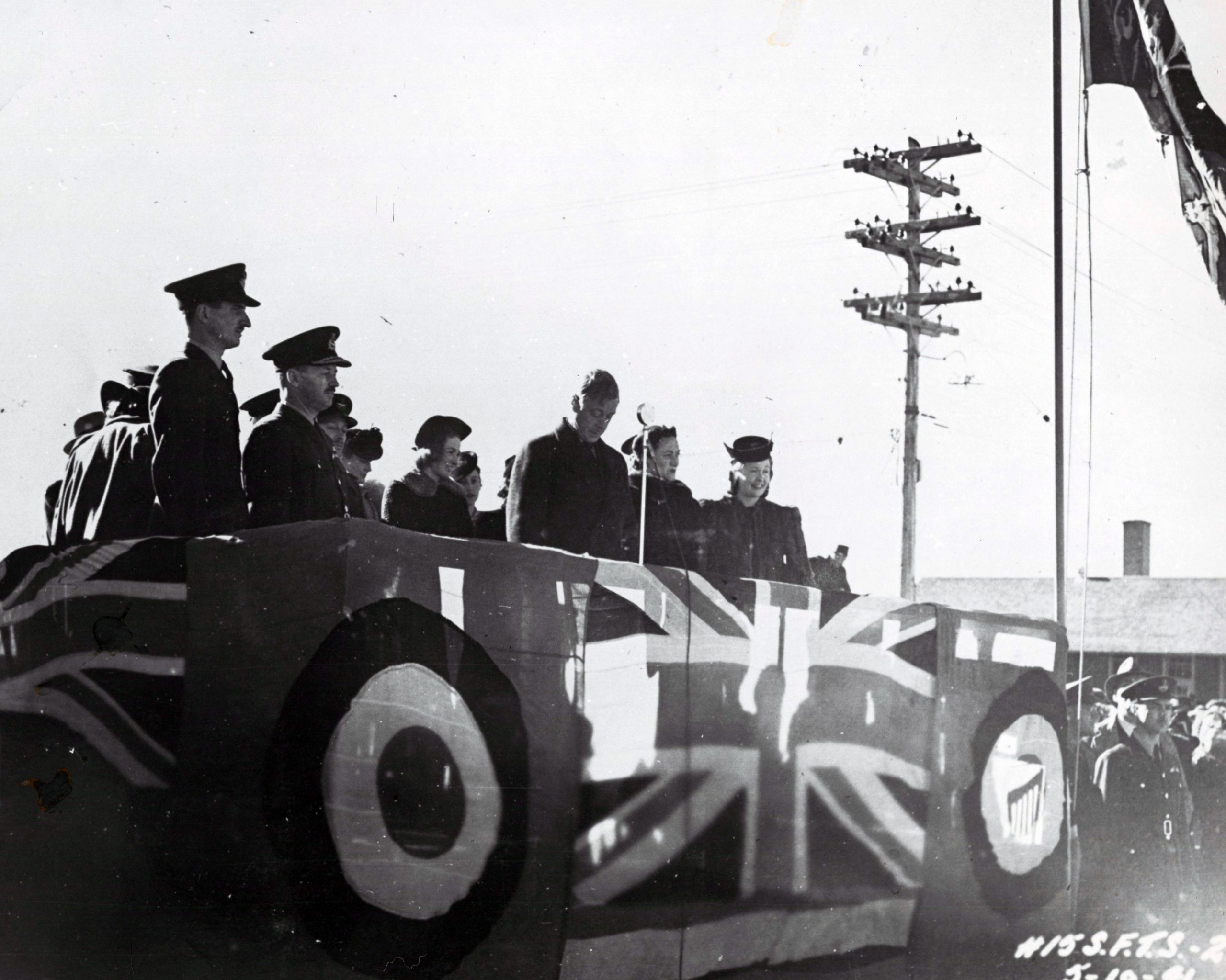 British Royal family members the Duke and Duchess of Windsor at No. 15 SFTS, October 5, 1941. 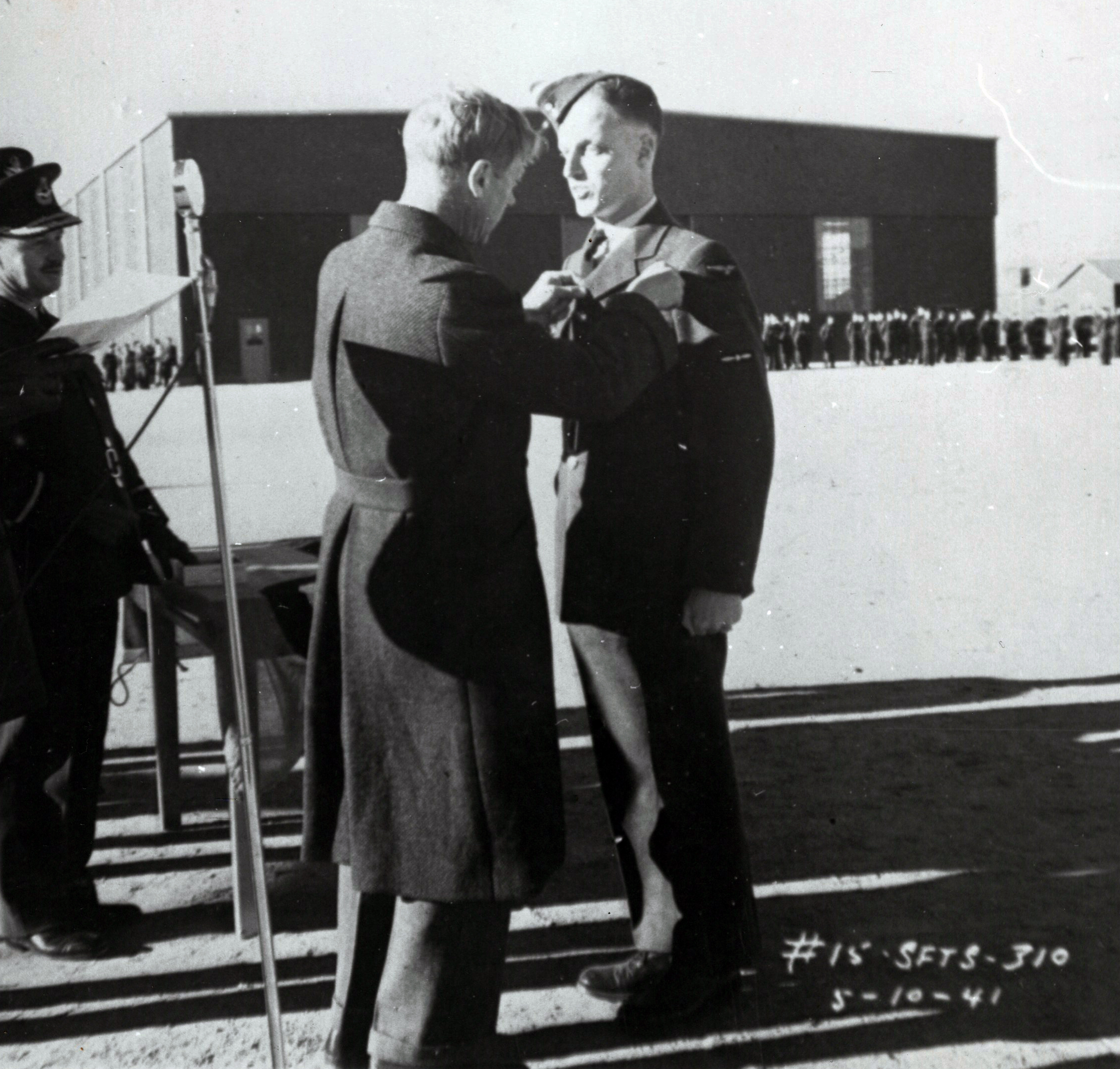 The Duke of Windsor pins pilot graduate’s wings in place at the 3rd graduation ceremony at No. 15 SFTS. 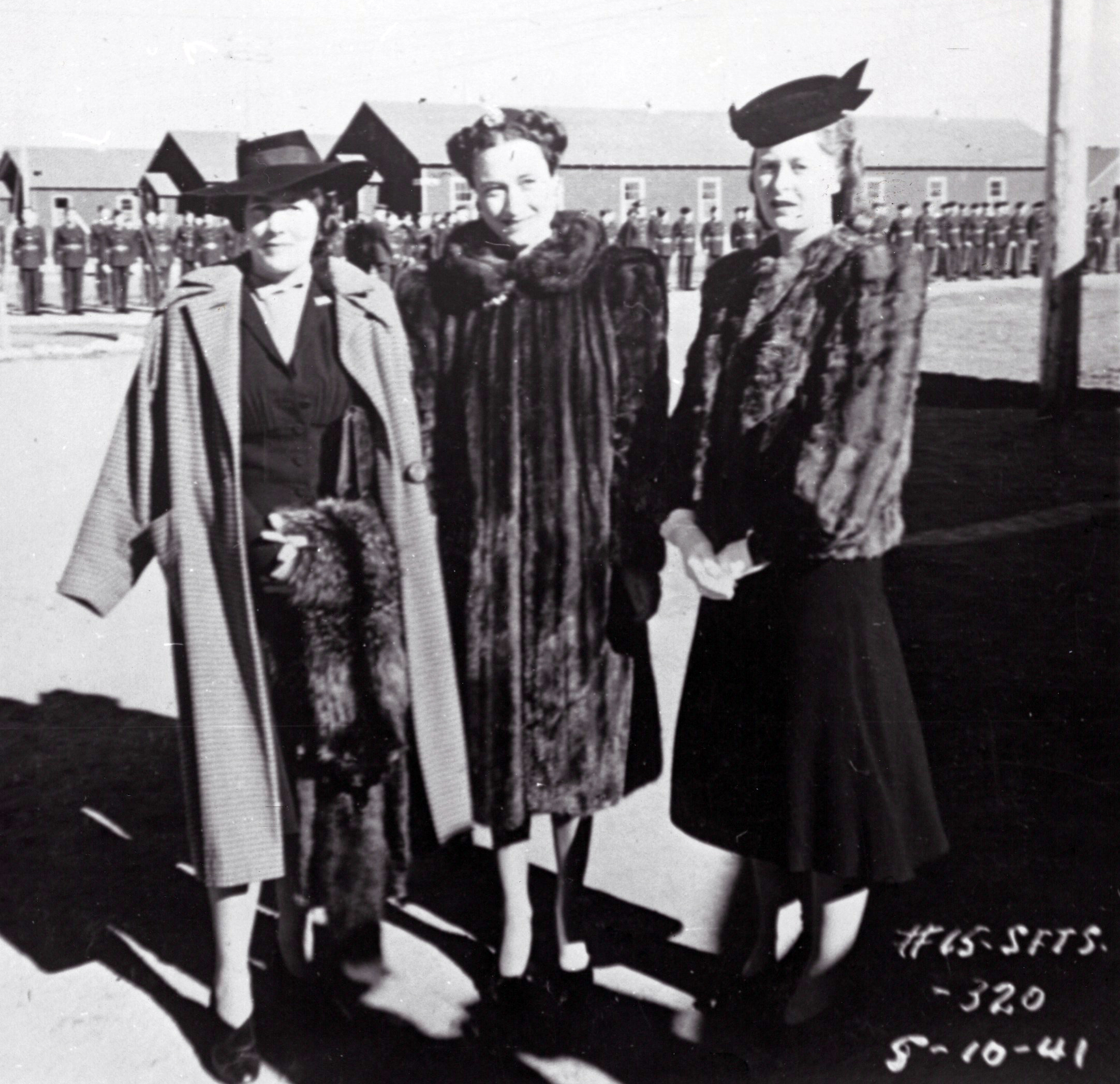 The Duchess of Windsor (centre) was well received by Officer’s wives at No. 15 SFTS.

Station personnel were treated to another Royal visit in May 1943. His Excellency the Earl of Athlone, Governor General of Canada, and his wife, Princess Alice, Viceregal Consort of Canada and Honorary Air Commandant of the Women’s Division, presided over the graduation ceremony held in the afternoon of May 25th.

The Governor General and Princess Alice inspected the Guard of Honour on the parade ground. His Excellency then presented flying badges to the graduates of Course #74.

A large crowd of visitors and townspeople were present for this event, including relatives and friends of the graduating class. The Governor General and the Princess attended an official luncheon in the Officer’s Mess Hall prior to their departure for No. 7 SFTS (Fort Macleod) at 15:30.