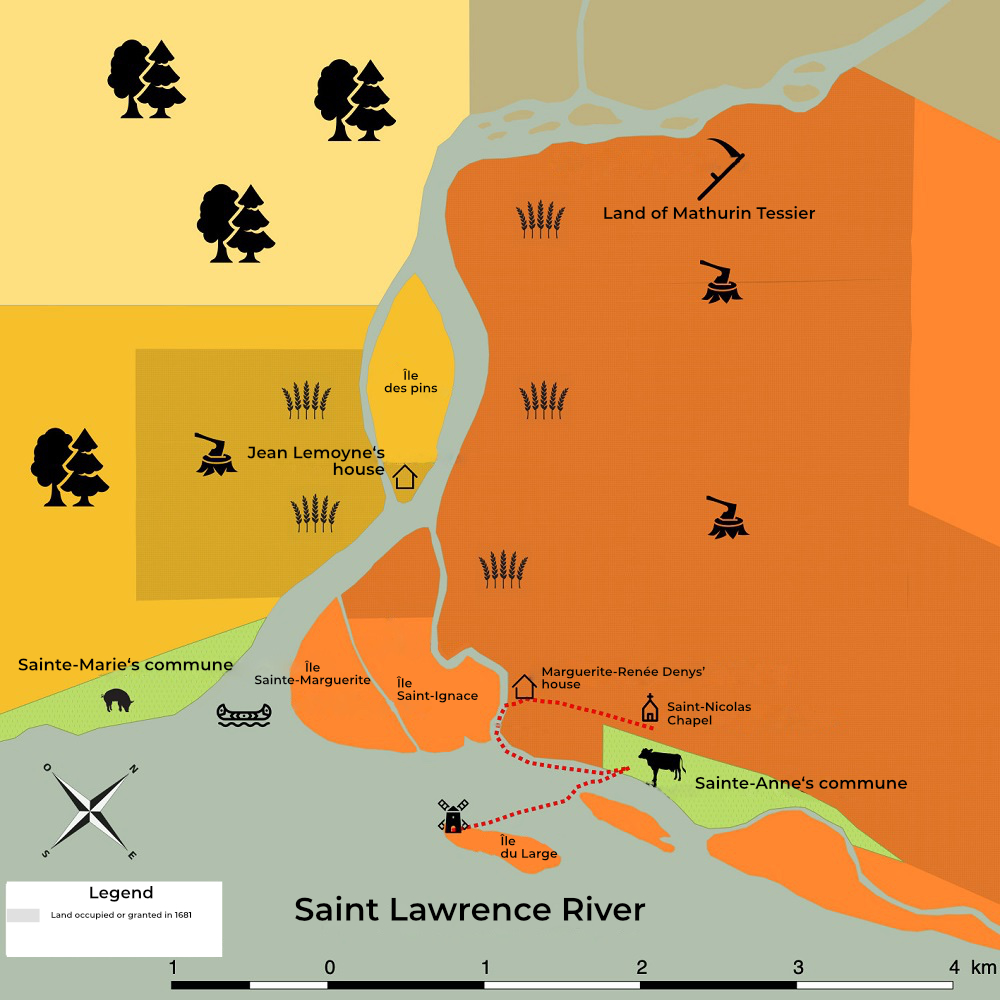 Let’s go down the Saint-Ignace channel up to the St. Lawrence River. On both sides of the Sainte-Anne river, a large segment of the land bordering the Saint-Lawrence river is used to feed the animals. In addition to some pigs and fowl, practically each family owns two to five horned animals: steers, cows, bulls and heifers… Mathurin Gouin clearly stands out with his dozen livestock. However, the largest herds are the property of the seigneurs.

Sieur Lemoyne, owner of some twenty horned animals, hired an inhabitant from Batiscan in 1675 to bring his livestock to graze with those of the Sainte-Marie inhabitants. He had asked me at that time to specify that damage caused by pigs would be borne by their owners. The following year, the Sainte-Anne seigneury inhabitants entrusted their commune to Vincent Ballé who had accepted the position for 50 cents per animal and one loaf of bread per house.

A Not So Common Windmill 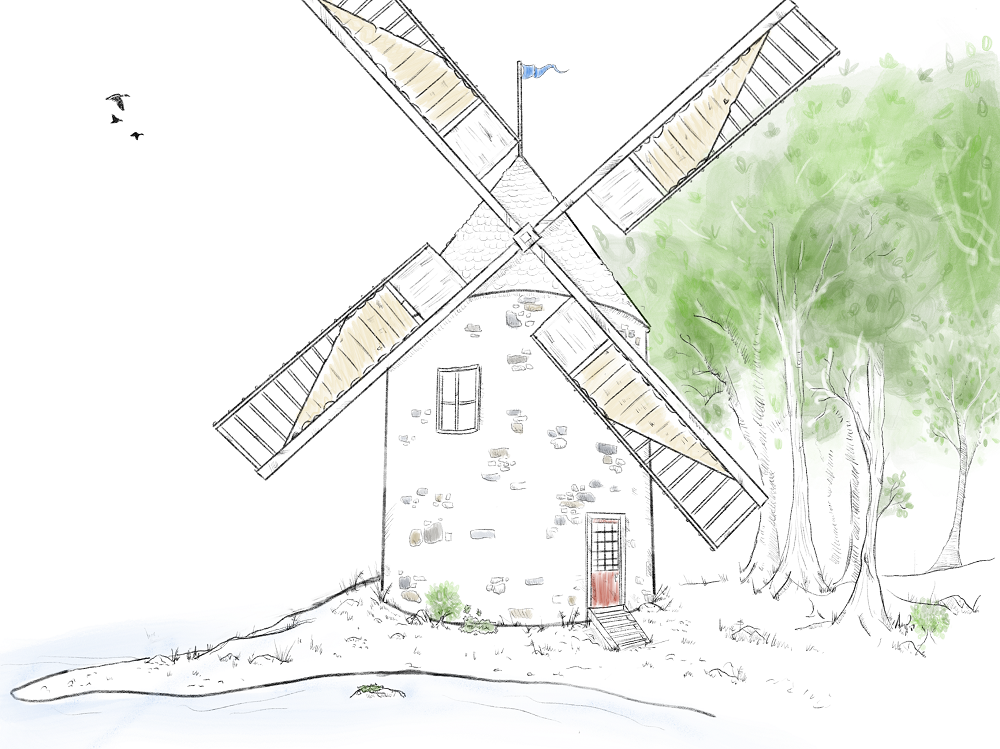 Speaking of bread, let’s cross over to l’île du Large to see the windmill that Sieur Suève and Sieur Lanouguère had commissioned about five years ago. It was built by Pierre Mercereau, a carpenter from Champlain, based on the design of the Grondines windmill, for the amount of 900 livres. It is a large investment for the landowners, but also an additional source of income since the tenants have to grind their grain there. 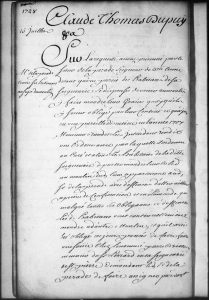 The restraints regarding hunting and fishing are not as important. Almost all of us own a firearm and take advantage of nature’s bounty. In fact, each spring we eagerly await the return of flocks of passenger pigeons. Due to the large number of fasting days that mark our calendar, we also enjoy dried cod or smoked eel caught in the St. Lawrence or the other rivers in our region.