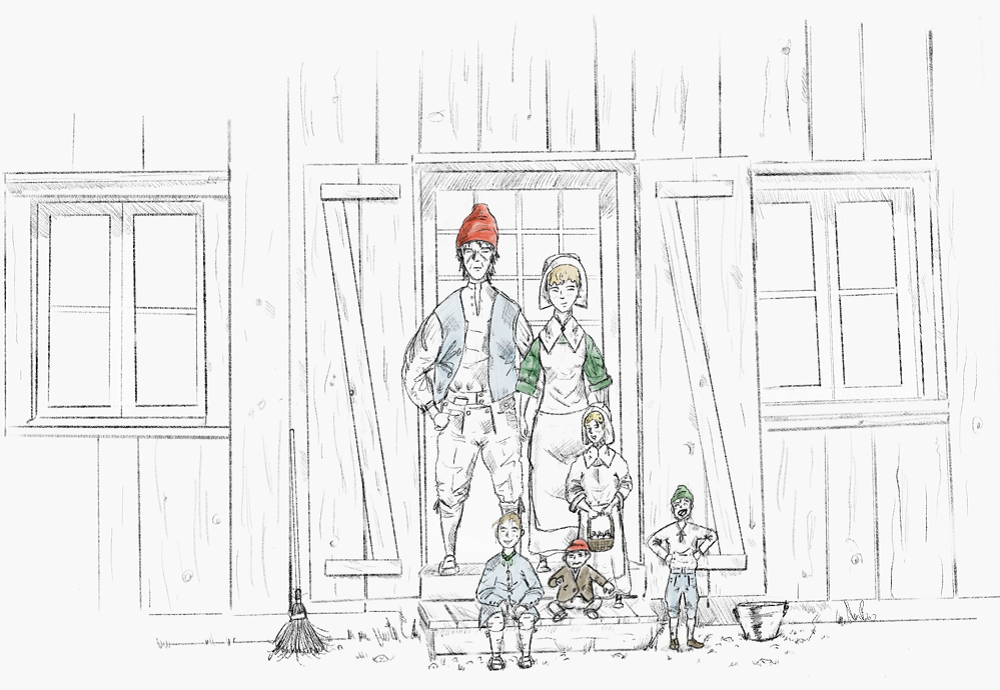 Michel Roy said to be Châtellerault and Françoise Hobbé with their children.

My name is Michel Roy said to be Châtellerault. Let me introduce you to my wife, Françoise Hobbé and our four children: Catherine, Edmond, Michel and Pierre. I left France at the age of 21 to become a soldier in the Carignan-Salière regiment. After the ratification of a peace treaty with the Iroquois in July of 1667, I made the same choice as many of my companions in arms and settled in the colony.

As for Françoise, she crossed the Atlantic at the age of 29 in the hopes of finding a husband in New France. She arrived in Quebec in July of 1668, and our marriage was celebrated in October at the Notre-Dame Church. Just one month later, Michel Gamelain granted me a parcel of land on his seigniory of Saint-Anne River. Ever since, I have carried out the function of seigniorial notary. 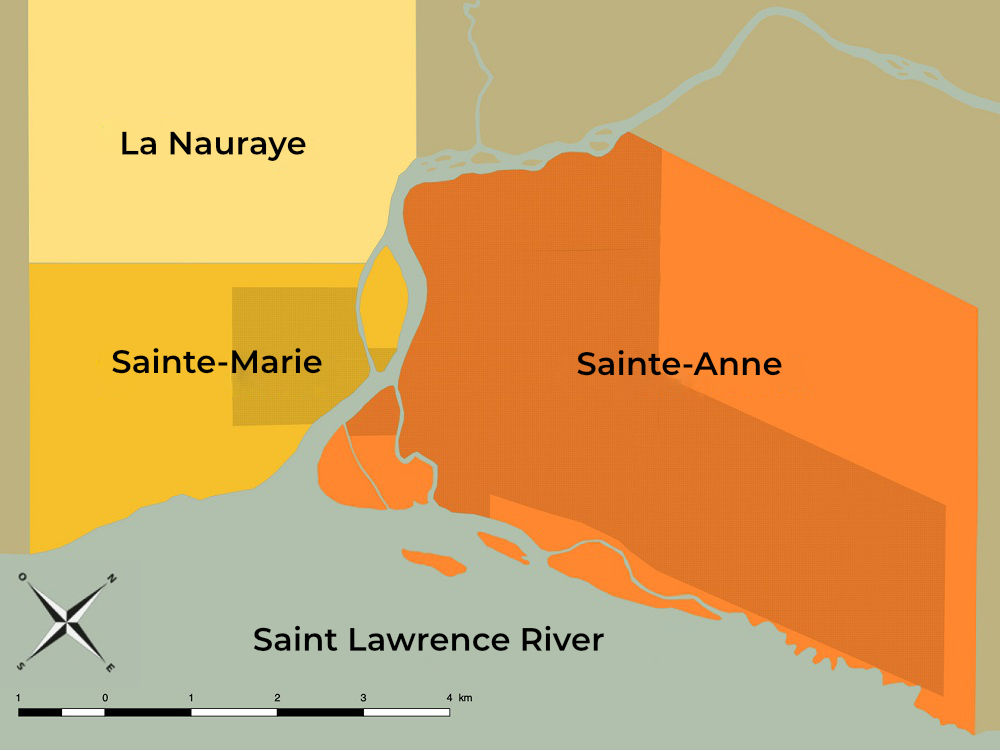 The Sainte-Anne River’s mouth is bordered by two seigniories inhabited by about a hundred people. On the east side, we are about fifteen families established in the Sainte-Anne seigniory. Our children, most of them aged under 15, constitute more than half of the population. No woman of the seigniory is older than 50 and the oldest inhabitant, Pierre Pinot, just turned 60.

On the West Bank, Sainte-Marie seigniory counts about twenty inhabitants. To its north, there is a fief that was granted in 1672 to Louis de Niort, Sieur de La Nauraye, my former captain in the Carignan-Salières regiment. Almost ten years have passed and I think he has never set foot on it. One thing is certain, he did not concede any land. Enough talk! Let’s board my canoe for a visit of the surroundings.

Look carefully at the topographic maps that mark out our route, they will allow you to locate yourself in the space by showing you the paths we will take.