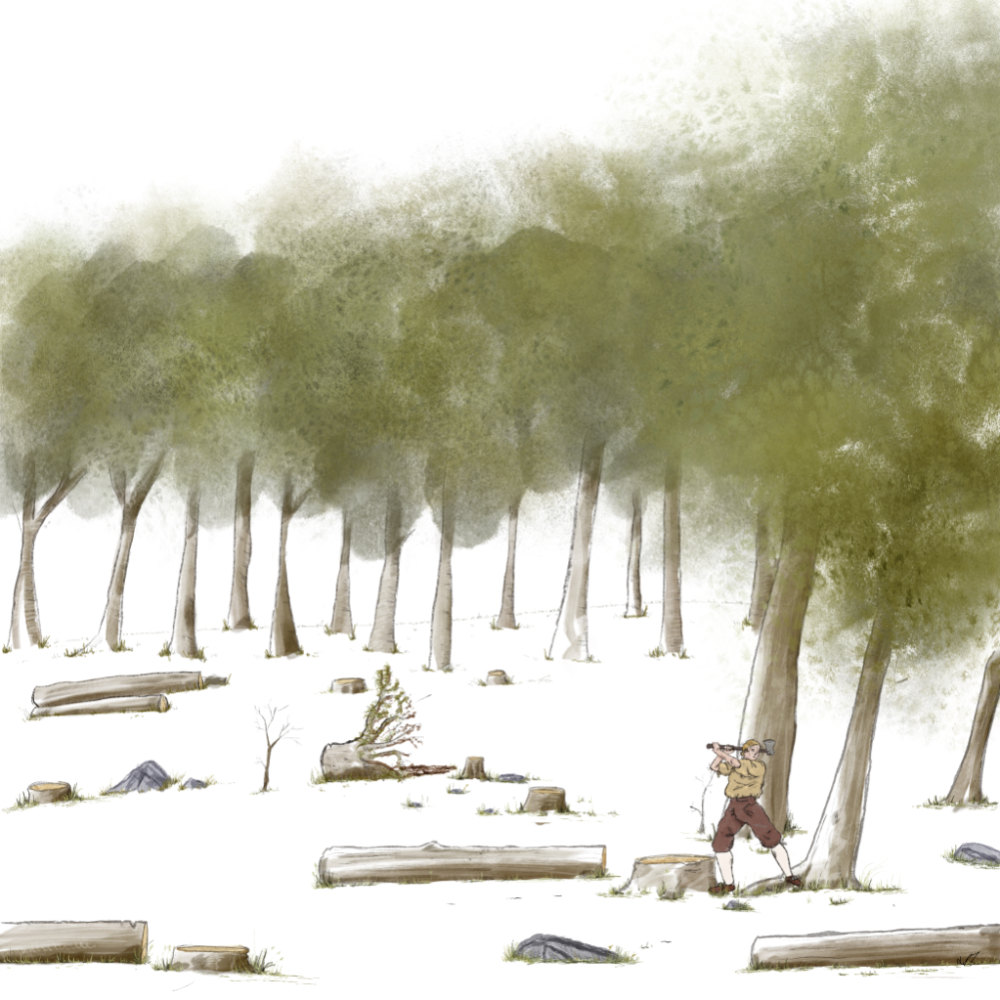 Let’s now cross the river to reach l’île des Pins. Sainte-Marie’s seigneur, Jean Lemoyne, owns a house and a barn there. The New France governor granted him this fief in 1669 even if he was sentenced to pay a 150 livres fine during the same trial as Michel Gamelain. Since then, sieur Lemoyne takes active care of his domain, but still lives at the Batiscan River where the Pères Jésuites granted him a parcel of land in 1666. 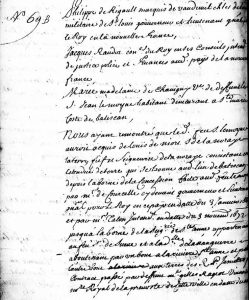 Over a twelve-year span, sieur Lemoyne cleared about 40 acres on his domain. However, only five families have settled in Sainte-Marie seigniory and none have cleared more than four acres on their concession. Julien Bion, 50 years old, is one of them. He had purchased Mathurin Guillet’s land last year before getting married to Jeanne Bary. She is the mother-in-law of Mathurin Tessier, an inhabitant of Sainte-Anne seigniory.