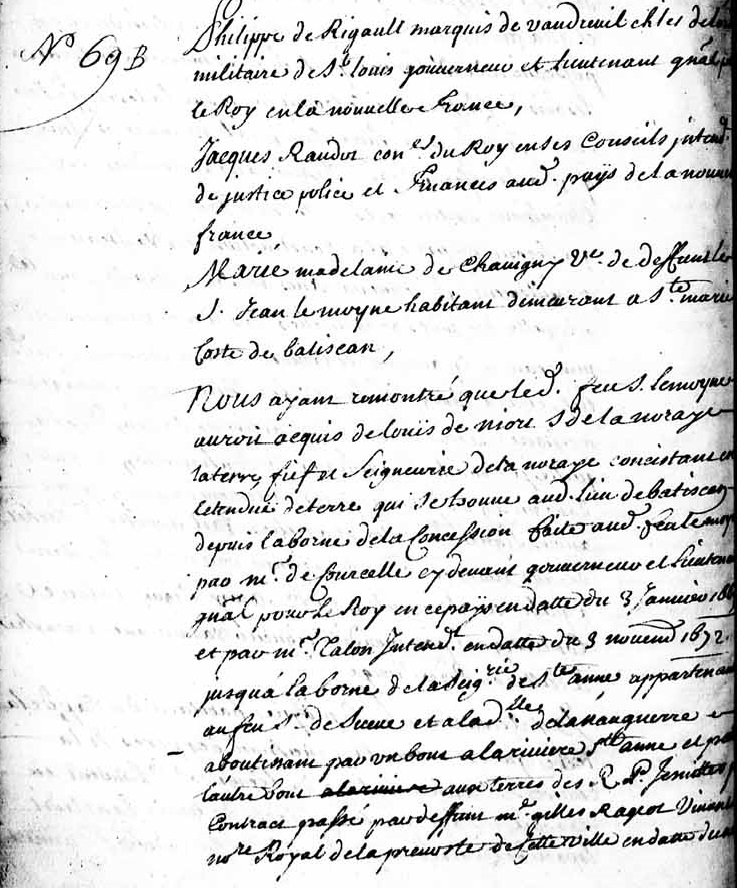 Instrument of grant by Philippe de Rigaud, Marquis de Vaudreuil, governor, and by Jacques Raudot, intendant of New France, to Marie-Madeleine de Chavigny, widow of the late Jean Lemoyne (Lemoine), of the expanse of land which lies found from the boundary mark of their concession to that of the seigniory of Sainte-Anne and from the said Sainte-Anne river to the boundary mark of the Jesuit Fathers, to enjoy it as a fief en seigneury, textual archive, Octobre 24, 1711.

Instrument of grant of a piece of land signed by the governor and intendant of New France to Marie-Madeleine de Chavigny, Jean Lemoyne’s widow.