Let’s now take a walk to the new municipal bridge. Just upstream, the Canadian Pacific Railway Bridge is part of the long section that stretches from Montreal to Quebec City. Before the opening of this railroad, about twenty years ago, those two big cities were already connected by a railroad on the south shore … but without a bridge between Lévis and Quebec. Since then, Trois-Rivières and Quebec equipped themselves with railroads going deep into the hinterland. 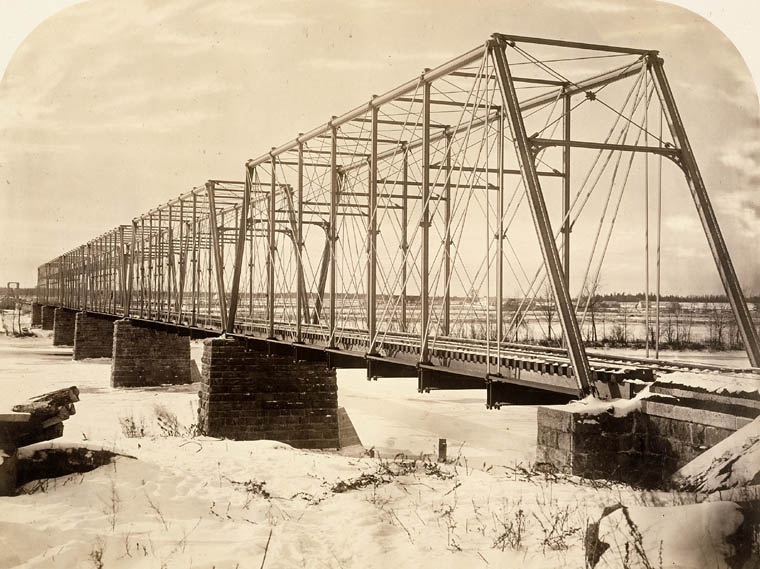 As for the municipality’s car bridge, it allows the main road that follows the Saint Lawrence River to cross the Sainte-Anne River. The secondary roads sinking into the lands also follow the waterway’s outline. The Rapide Nord and Sud ranges run alongside the Sainte-Anne River towards Saint-Casimir, where an iron bridge links them, and Saint-Élisabeth range follows the Charest River before turning off towards Saint-Prosper. 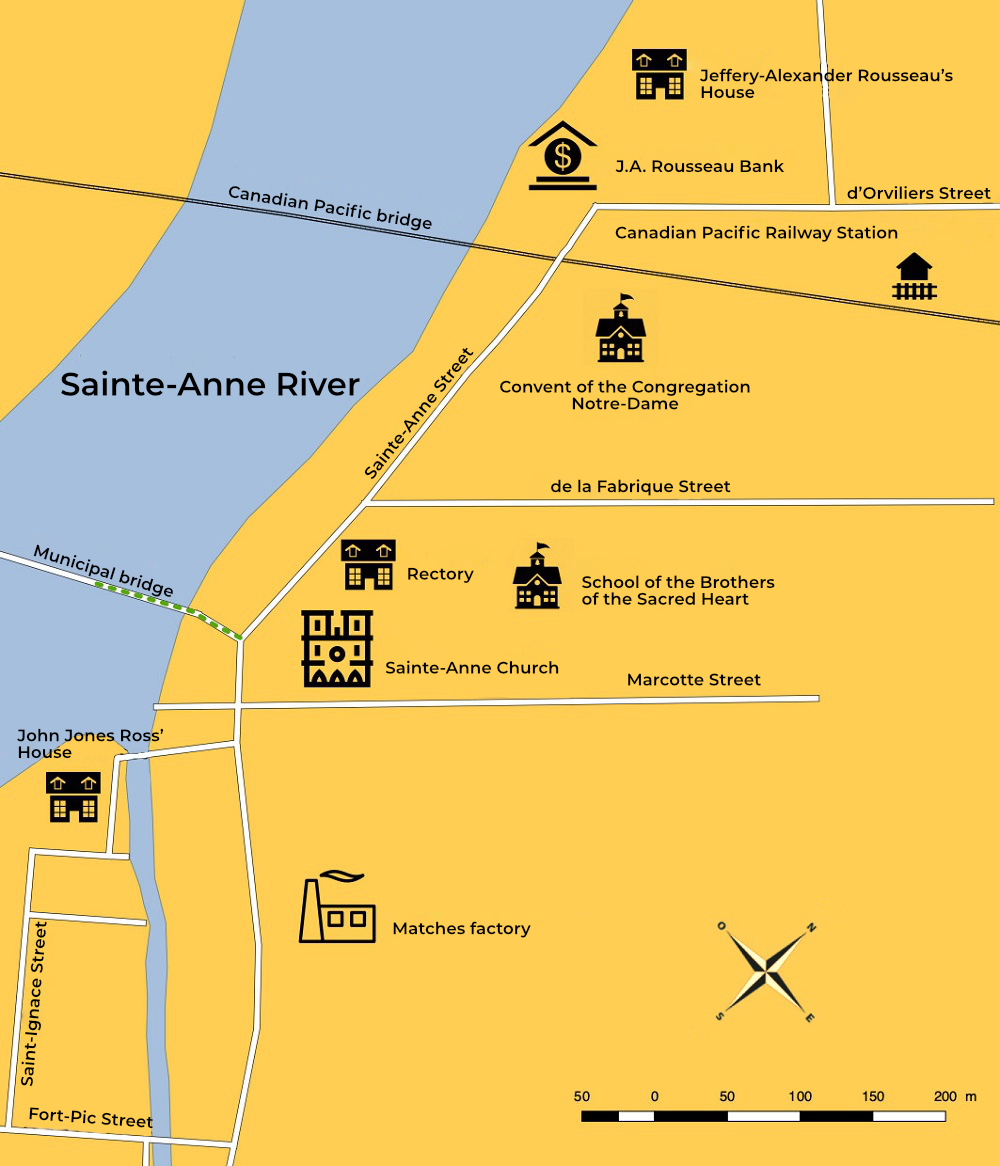 The previous bridge was destroyed by a terrible disaster that happened while I was mayor of the municipality. On April 27, 1894, a huge rockfall occurred upstream of Saint-Alban village and blocked the river, increasing the water level. When the dike collapsed, the soil-saturated water unfurled to the Saint Lawrence River, carrying away trees, buildings and the car bridges of Saint-Alban, Saint-Casimir and Sainte-Anne.

Of course, I lost a large number of logs in the flood and it wrecked many of my booms, but the worst was yet to come. In the following days, the erosion of the river’s eastern shore, upstream of the railroad bridge, set off a series of rockfalls. Houses and barns were swept away, the Saint-Casimir road and the telephone lines were cut off. For a few days, we even feared losing the convent and the church.

Inauguration of the new bridge.