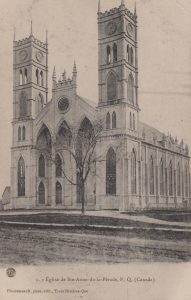 We have now arrived at the church. It is the third one that the people of Sainte-Anne have had built on the riverbank. The previous one was torn down about thirty years ago, not long after the inauguration of this one. I was christened in the former church and my childhood was marked by the construction of the new temple, a project that caused a great deal of worry to the parishioners. The bishop even put the council under guardianship due to its financial problems.

The church, whose architecture is inspired by the Montreal Notre-Dame Basilica, took a very long time to build. Close to fifteen years passed between the beginning of the construction and its inauguration in 1869 … followed by about another fifteen years of works: rood screen, stained glass, furnaces, bell towers, etc. Speaking of bell towers, have you noticed that the upper part is clad in sheet metal shingles? The reason why it is not entirely made of stone is because they were afraid that it would sink into the ground. 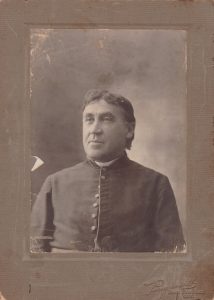 The rectory is also fairly new. It was built about 25 years ago, after a fire destroyed the previous one. A new priest lives there, Télesphore Laflèche. However, he is not a stranger. He was born in Sainte-Anne-de-la-Pérade, less than a year after me, and was Batiscan’s priest for almost ten years. Furthermore, his brother Philippe has been married to my sister Emilie for about fifteen years. 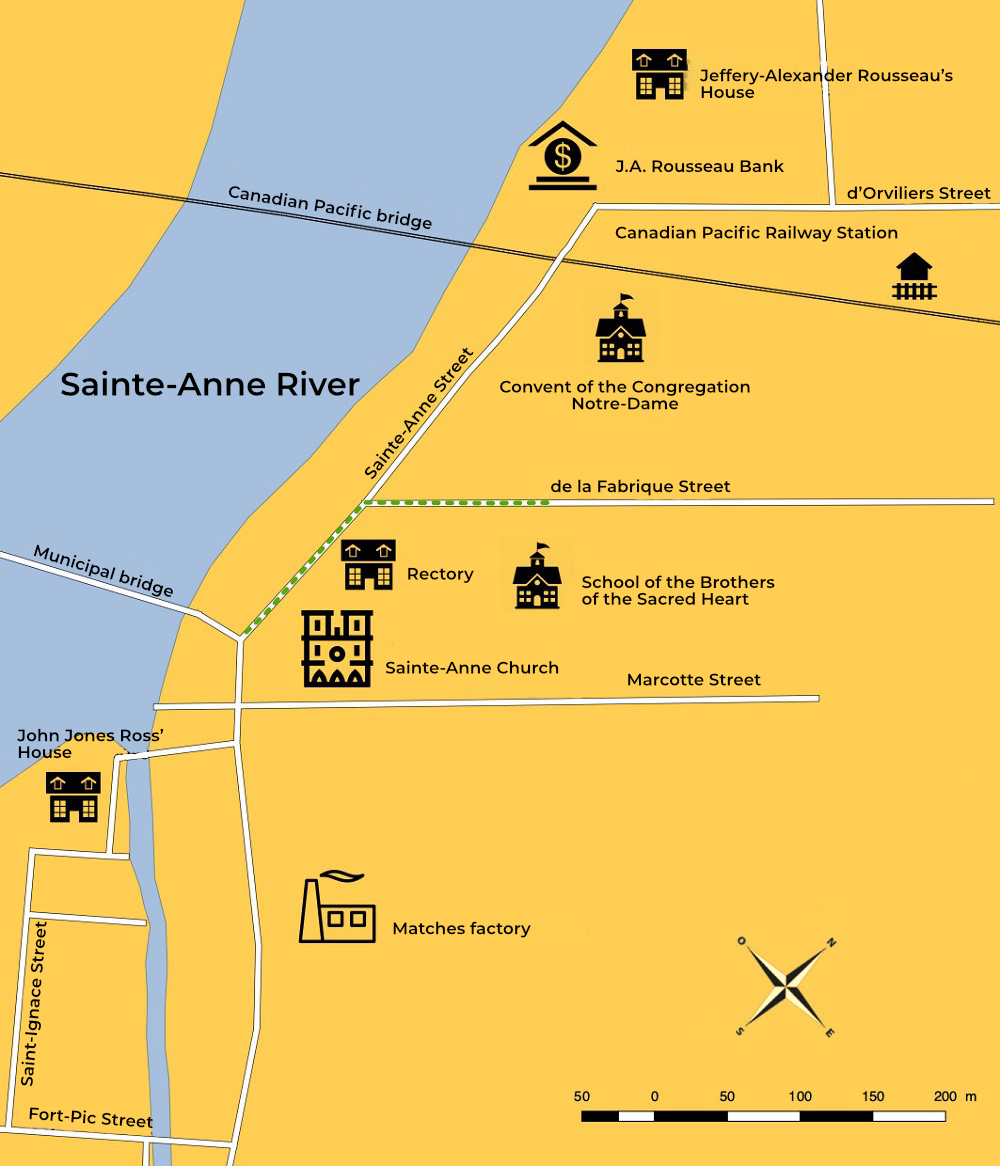 From the convent to the Sainte-Anne church.

Speaking of family, the priest Laflèche is the nephew of the former bishop of the diocese of Trois-Rivières, the late Monsignor Louis-François Laflèche. Because his grandmother, Marie-Anne Joubin-Boisvert, inherited Sainte-Marie seigniory, the priest is now one of the co-seigneurs. The seigneurial regime may have been abolished since 1854, but the farmers who had not yet repurchased their rent continue to pay it to the seigneurs every year.