Let’s leave the station and walk to the Congregation of Notre-Dame Convent. The young girls of Sainte-Anne and surroundings have received instructions from the nuns there for close to fifty years. Nowadays, the convent receives around a hundred students, of which around forty are residents. Their education is handled by six nuns, the oldest of whom is Mother Saint-Ildephonse, the convent’s Mother Superior for many years. 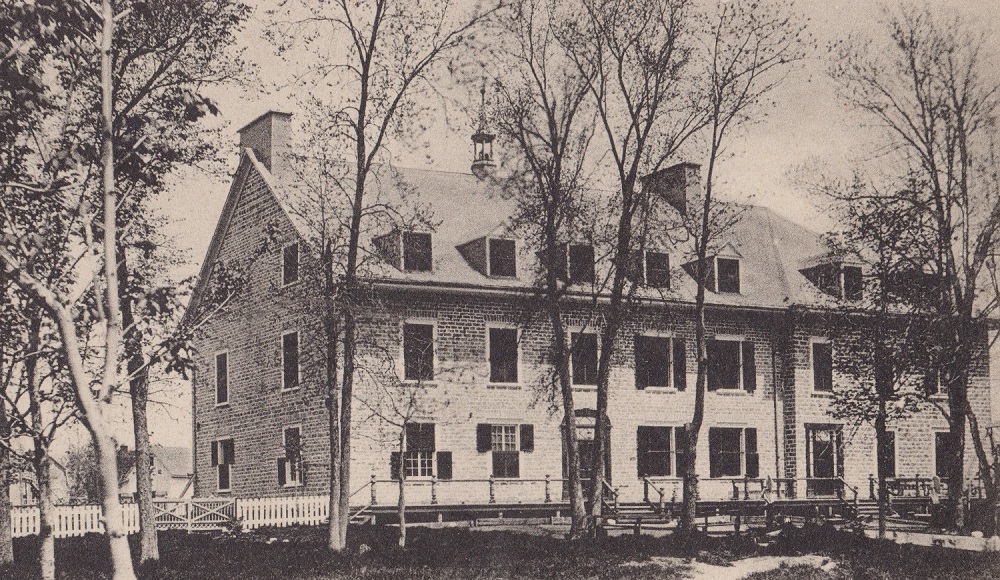 A little bit further on de la Fabrique Street, we catch sight of the boys’ school. Entrusted to the Brothers of the Sacred Heart since about twenty years, the school also welcomes around a hundred students, but not any residents yet. It is managed by Brother Sidonius, a Frenchman who emigrated to Canada about 25 years ago, since last year. Unlike the Sisters, the Brothers do not host any servants. The youngest among them bears the title of cook. 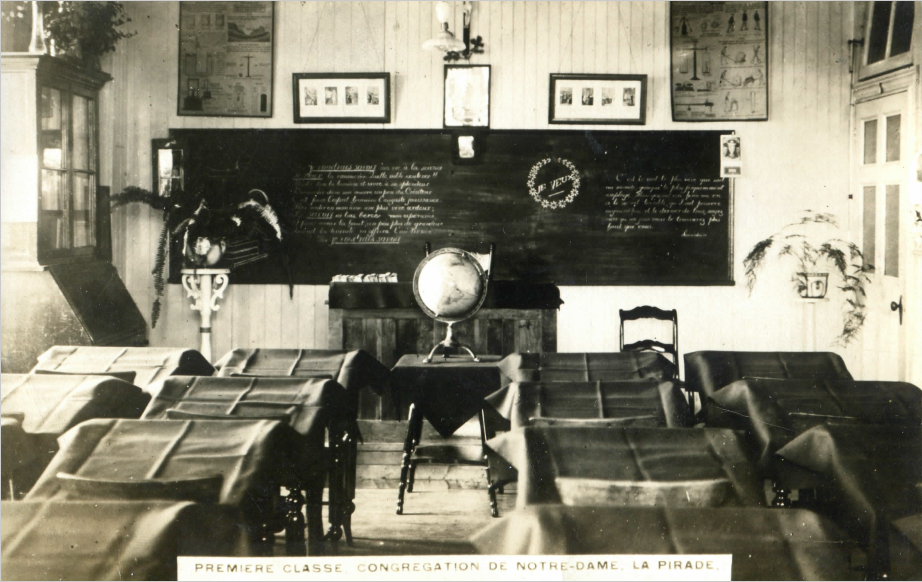 Outside of Sainte-Anne village, the municipality has eight schools. The largest are those of 1er rang Sainte-Marie and Sainte-Marie village. Over 60 students attend them and each one has two mistresses. Other schools generally enrol around twenty students entrusted to only one mistress. Orvilliers village, which only counts about fifteen inhabitants, provides only around twelve children to its small school. 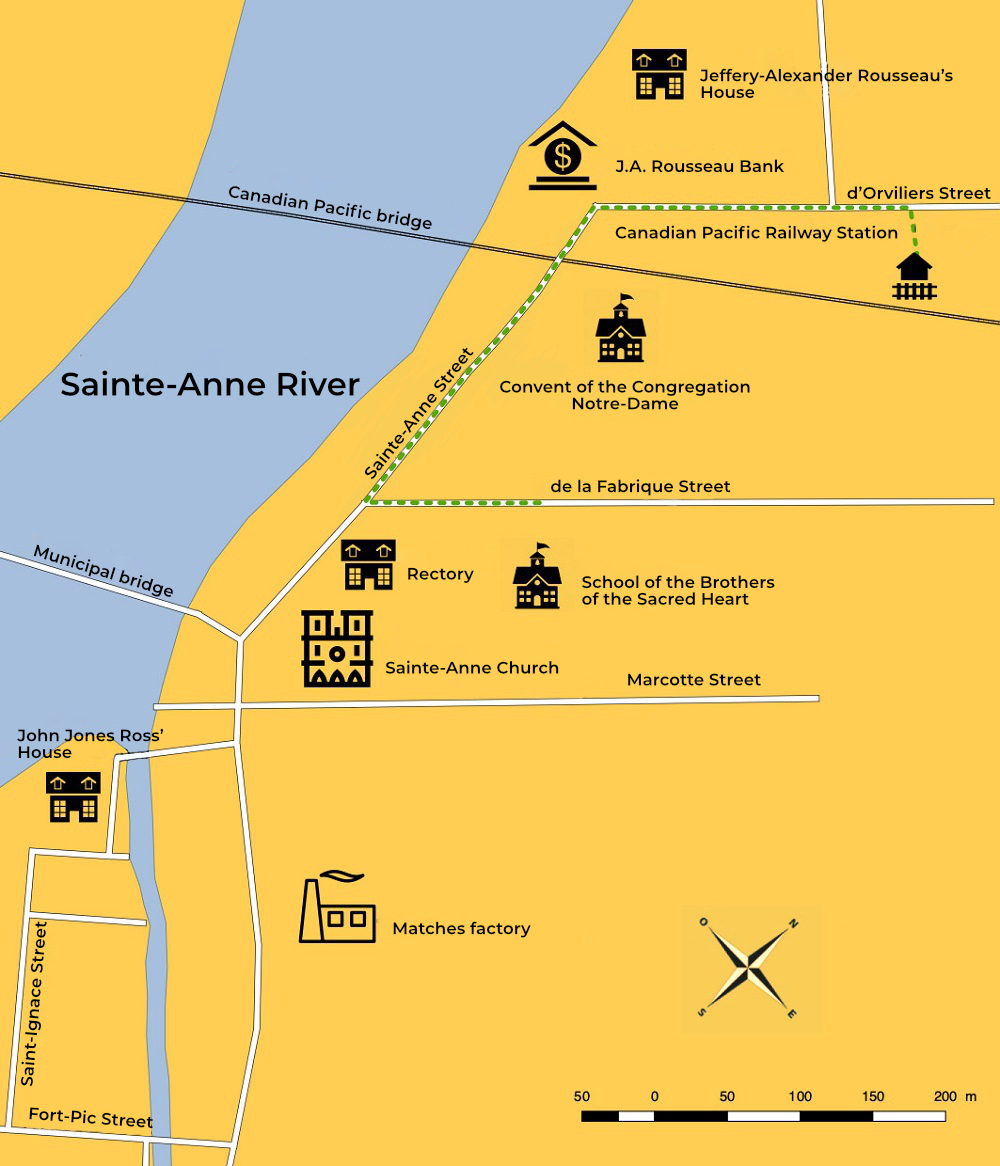 From the railway station to the Congregation of Notre-Dame convent.

Some of those schools are entrusted to the care of young women like Arline Perreault, 20 years old, and Joséphine Morency, 21 years old, both from Petit Chenail. But some mistresses, like Clara Vallée and Zephise Tessier are older. The first one, who is 30 years old, lives with her younger sister Anette, 16 years old. The second one, who is 51 years old, teaches at Rapide Nord. She lives at her sister’s house, Clarisse, a widow who, besides her own six children, houses another one of her sisters.