Let’s now visit Mathurin Tessier’s land. It is especially characterized by the fact that its entire length runs along the Sainte-Anne River. Mathurin Tessier, 40 years old, has been married to Élisabeth Estourneau, 26 years old, for the last ten years. Their marriage was celebrated at Château-Richer when they were both living in Côte-de-Beaupré. Their two children, Edmond, three years old, and Pierre one month old, were born here on the Sainte-Anne seigniory. 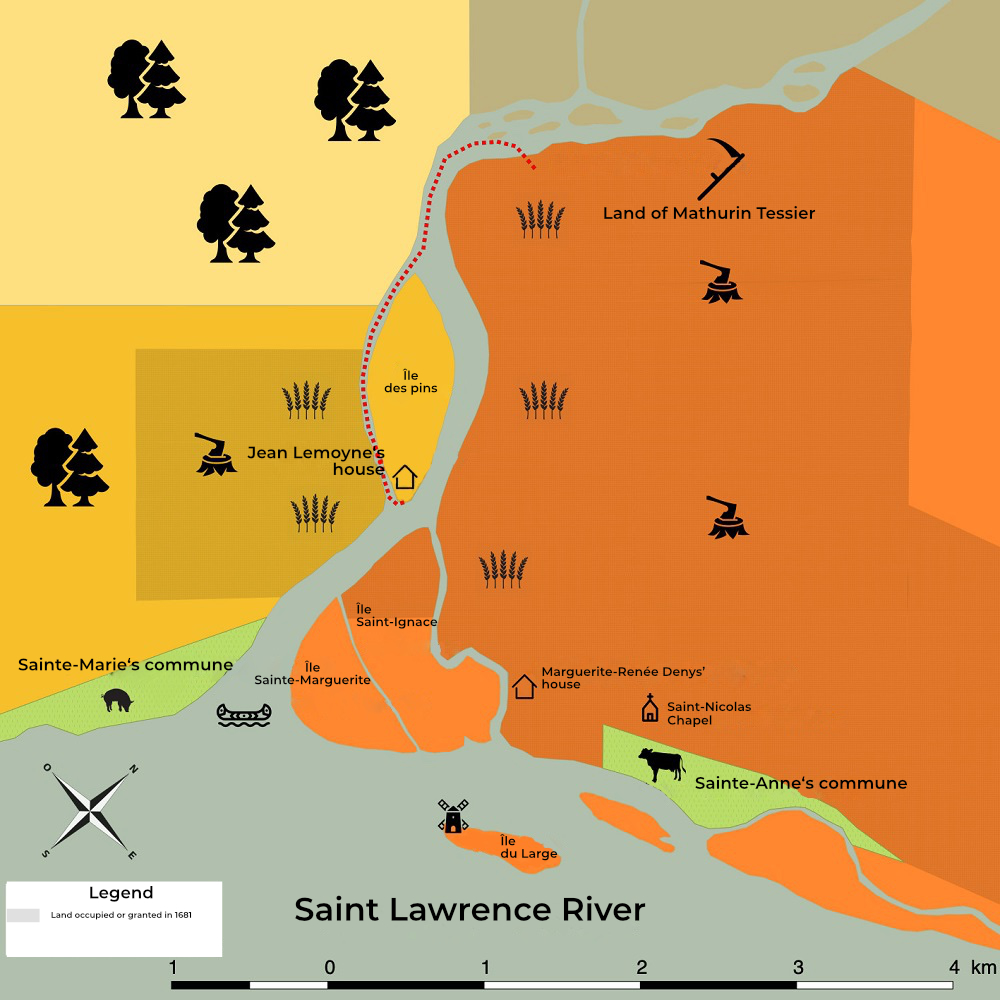 Mathurin and Élisabeth moved in among us in 1677. They had entered into a farming lease agreement with Edmond de Suève by which they committed themselves to plow and sow the seigneur’s lands on île Saint-Ignace and in front of île des Pins. In return, they were to receive 40 livres for each cleared acre, two steers, two heifers, and one sow. The two men had agreed to share the sow’s offspring when the piglets reached the age of six weeks.

A sure sign that Edmond de Suève was pleased with Mathurin Tessier’s work is that he asked me to renew his lease last spring. Unfortunately, the following summer, he and Élisabeth had had a violent dispute with Jean Ricard, the seigniory’s baker. Élisabeth was injured and even had to be treated by Louis Pinard, Champlain’s surgeon. I don’t know if this is a coincidence, but shortly afterwards, Mathurin received the land he now occupies…

It took many months for the matter to settle. In February, I went to see Mathurin Tessier with Edmond de Suève and Jean Ricard. In exchange for the guarantee not to be sued, Jean Ricard agreed to pay for the care given to Élisabeth and to work in Mathurin’s fields with his two steers. We can only hope that the good relationship will last! There are not so many of us and life as colonists is hard enough already…