Downstream of the municipal bridge, the princely residence of the Honourable John Jones Ross reigns over the île Saint-Ignace. Born in Quebec, he grew up in Sainte-Anne-de-la-Pérade where he permanently settled in after his apprenticeship of medicine. I was still a young child when he was first elected as the member of Champlain. Appointed senator after a short passage at the head of the province of Quebec’s government, his political career was interrupted by his death. 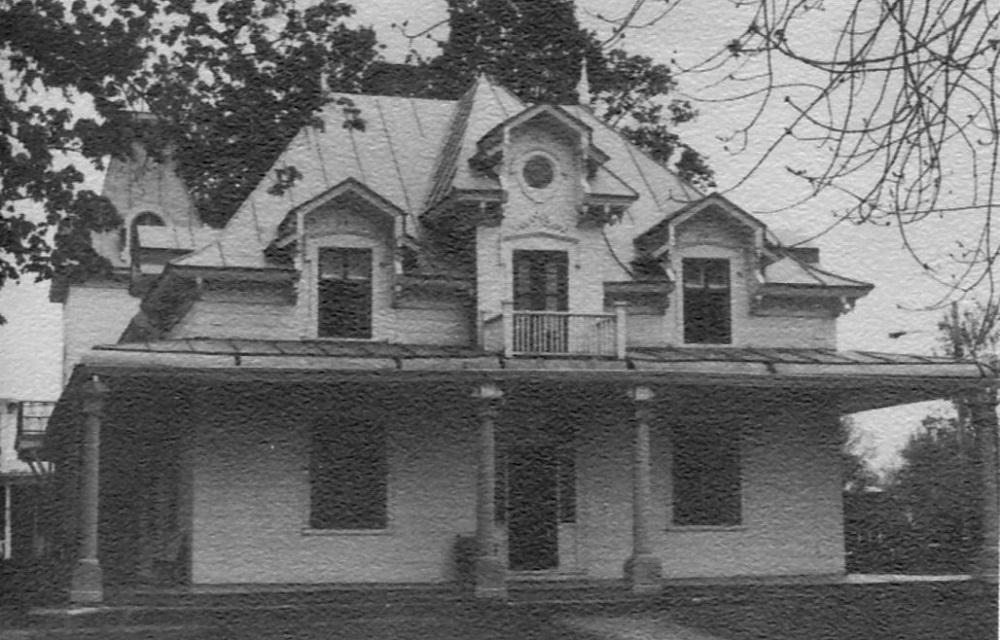 Since the rockfall, île Saint-Ignace does not have the same aspect. The sand and clay masses transported by the river have partly filled up the Saint-Ignace channel and formed large river washes at the Sainte-Anne River mouth and in the Saint Lawrence River. At this rate, île du Large will soon be reachable on foot and I doubt that our beautiful village will continue to keep its title of “Canadian Venice.” 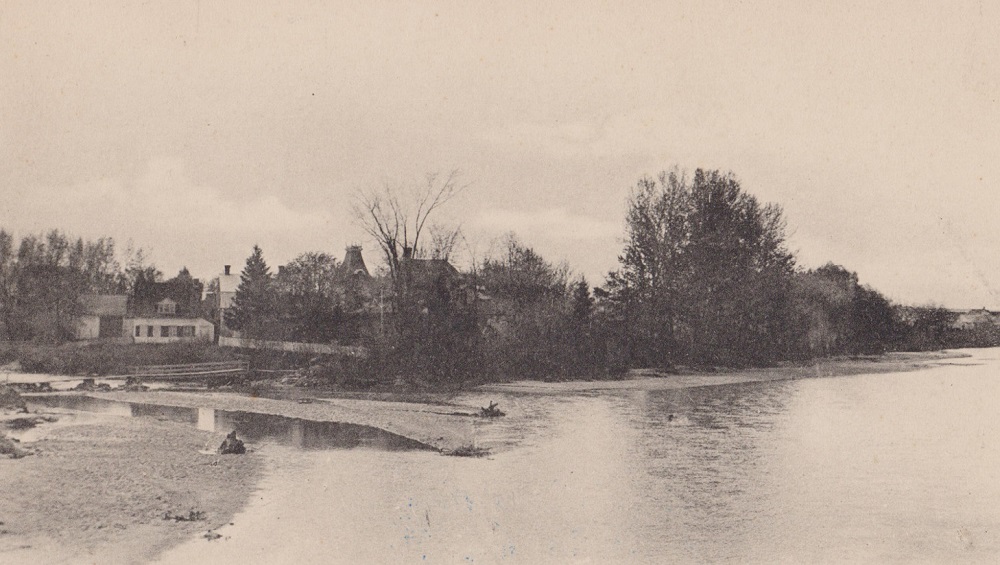 Enough about this catastrophe, I am taking you to see the match factory that I bought last year from Rose-Adélina Hamelin, my late wife’s sister. Before that, it belonged to her husband, Télésphore Laganière, who died two years ago. The matches that are produced there ignite thanks to their sulfur coating. The sulfur odour released when they burn is the reason why those friction matches are called “farters”. 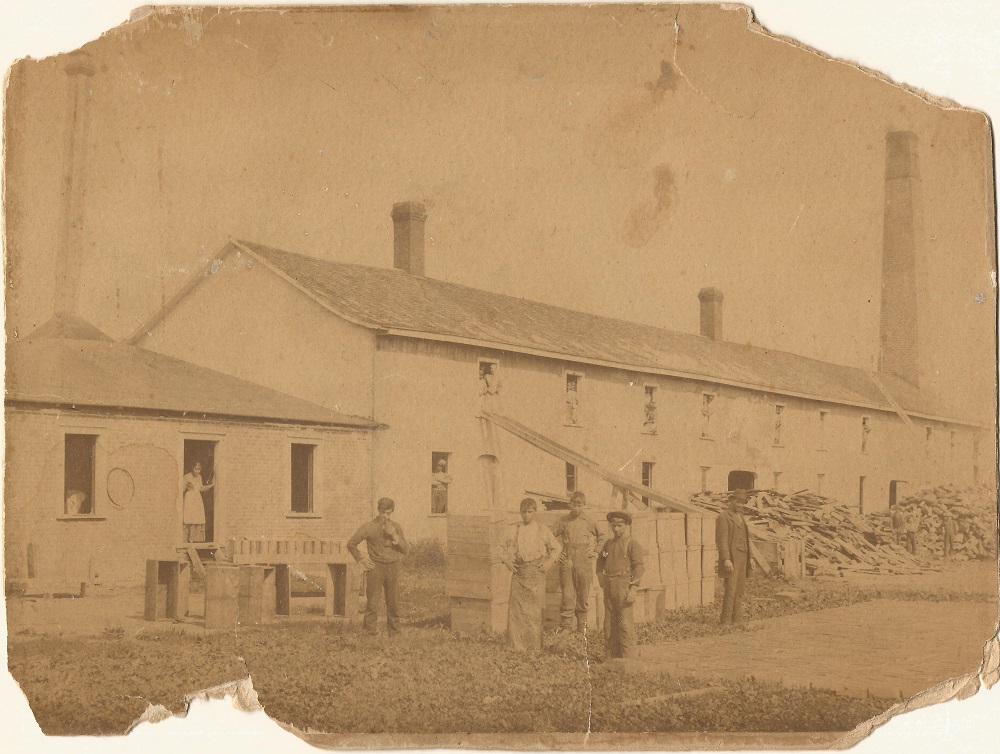 I am very familiar with this industry because I have owned a match factory in Saint-Alban for almost twenty years now. However, my new acquisition has the advantage of being located just beside the railroad, which greatly facilitates the transport of goods. Since the village is not yet electrified, the machinery is activated by a steam engine. In general, I employ around fifty workers: men, women and children. 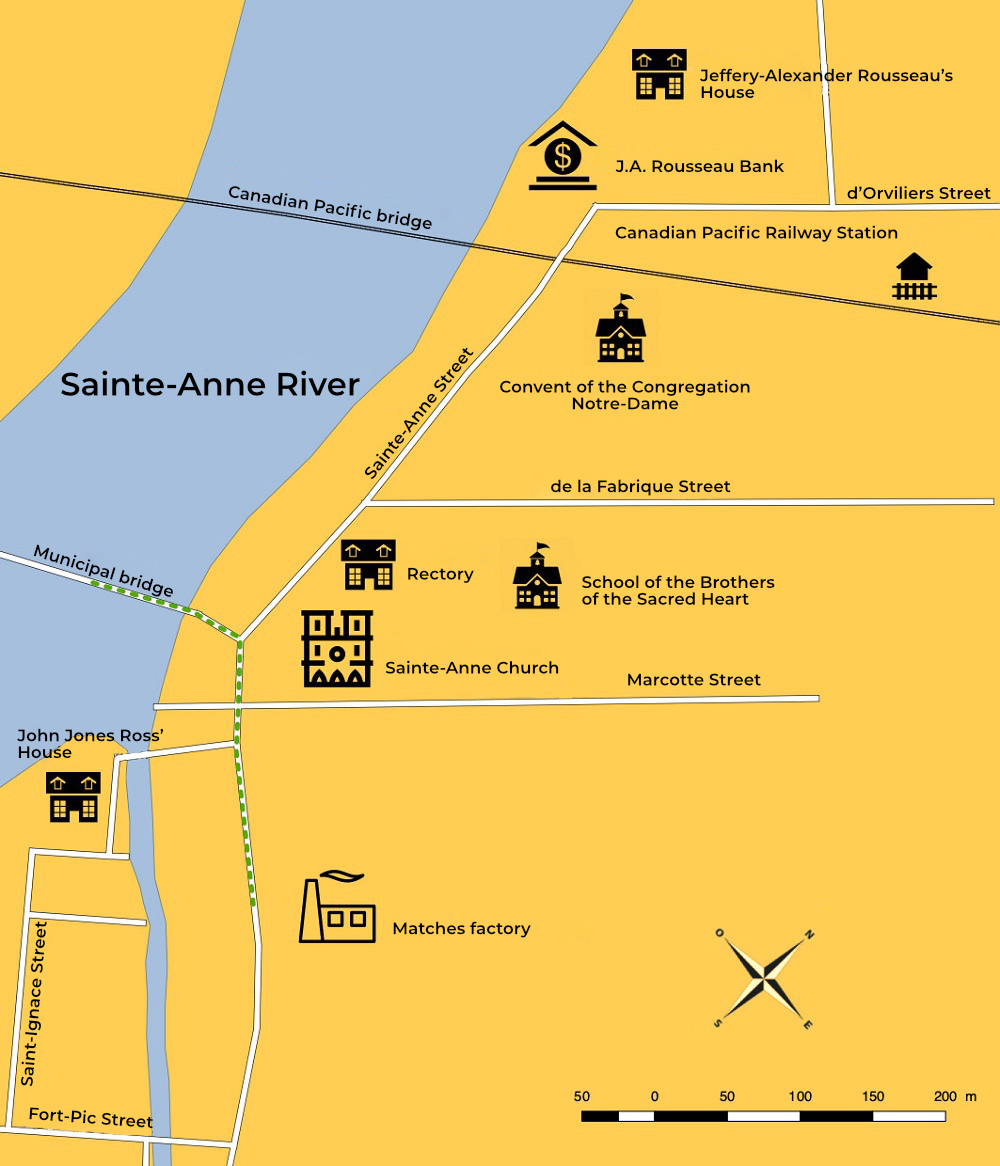 From municipal bridge to match factory.