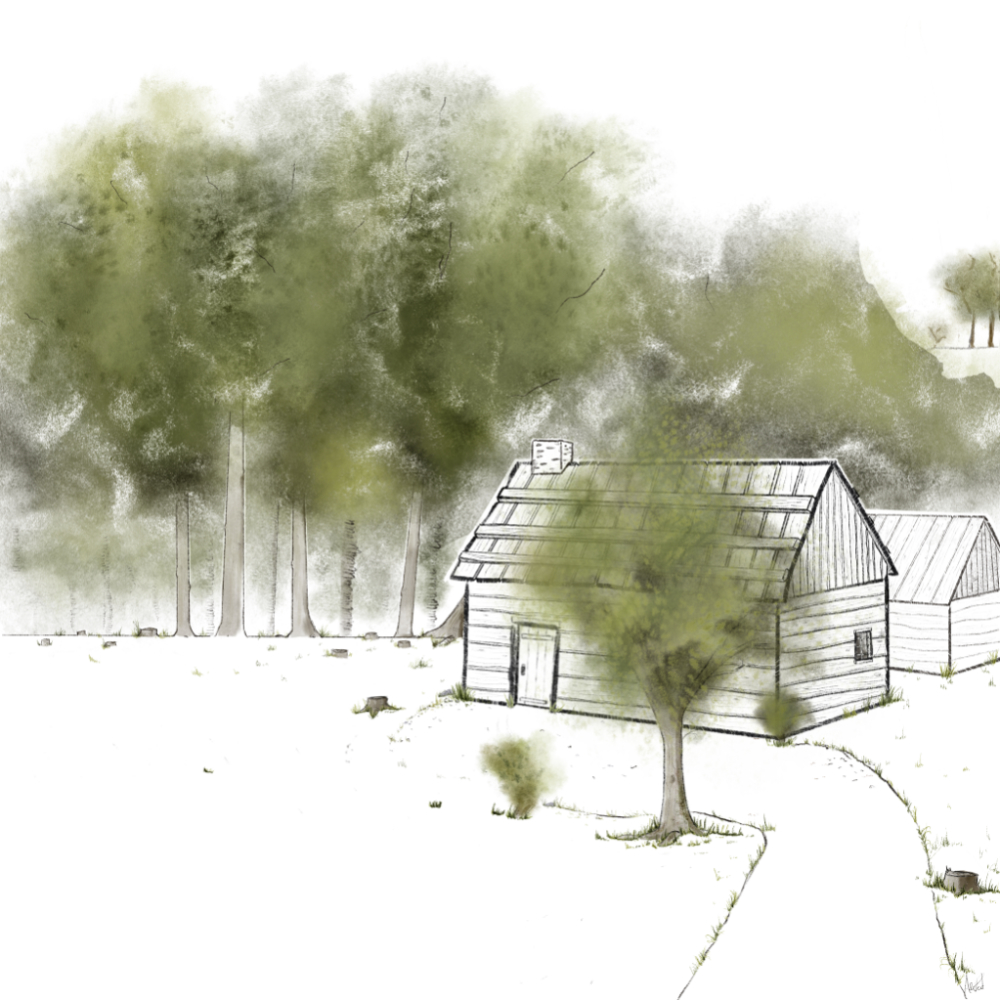 From l’île du Large, we can see the two Sainte-Anne River seigniories extend alongside the Saint Lawrence River. On the west, the Sainte-Marie seigniory almost reaches the Batiscan River’s mouth, within the limits of the Pères Jésuites seigniory. On the east, the Sainte-Anne seigniory embraces some of the bays leading to the Grande Pointe des Grondines, included in the Hôtel-Dieu de Québec Augustine nuns’ seigniory. 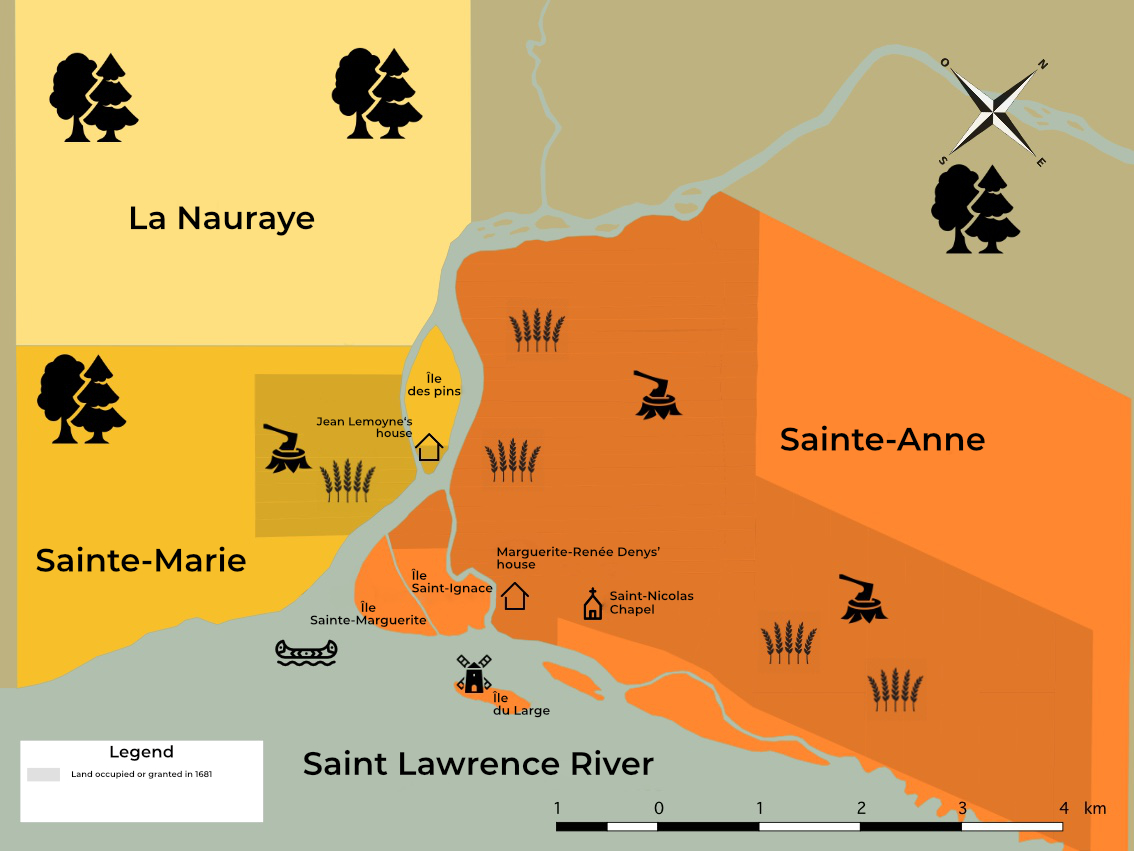 Unlike the Sainte-Marie seigniory, where all the pieces of land granted by Jean Lemoyne stretch perpendicularly the Sainte-Anne River, the Saint Lawrence River’s coast is bordered by many concessions in the Sainte-Anne seigniory. The last lot of granted land in the east belongs to Mathurin Gouin. Unfortunately, it will be difficult to visit it today. The tide is rising and there is a strong nor’easter wind. Instead, let’s go to my home and rest. 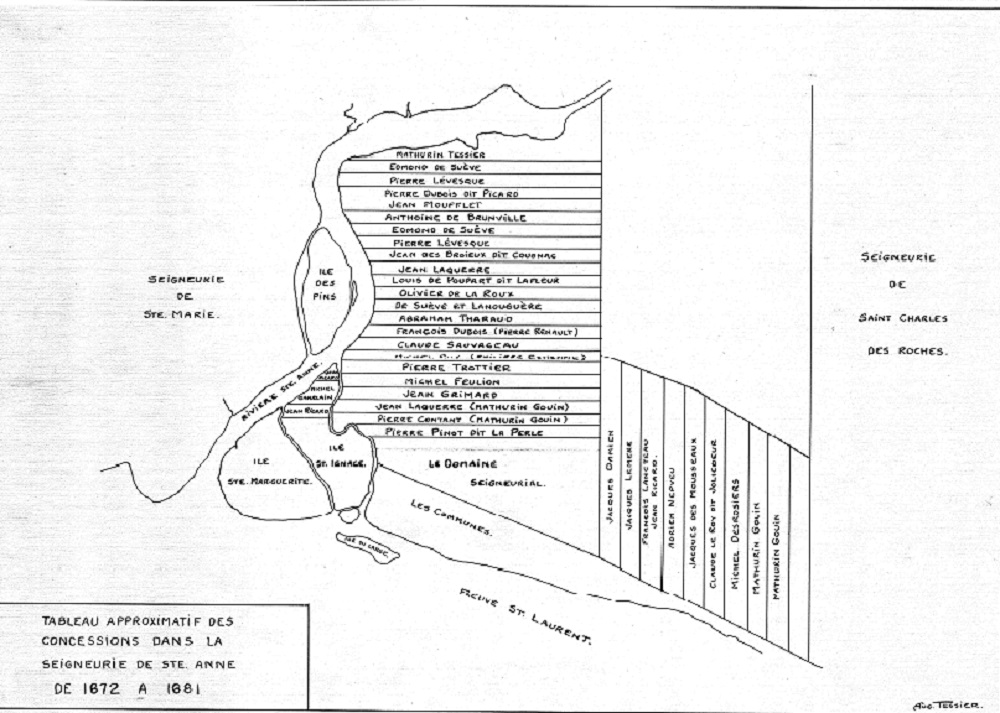 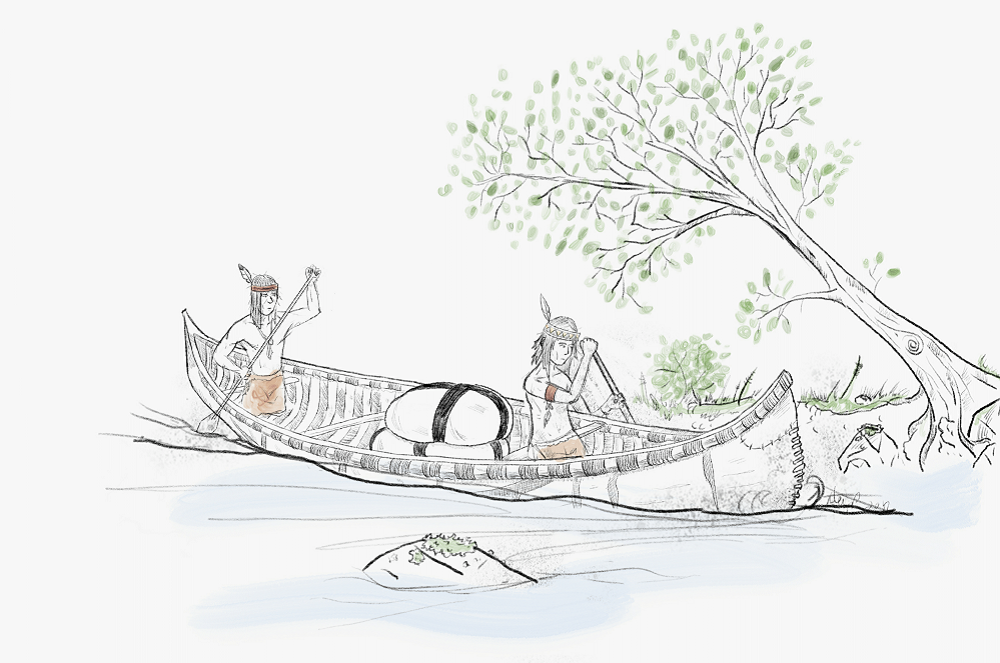 First, let’s go to l’île Saint-Ignace. When I arrived in Sainte-Anne River, this is where Jean Ricard lived, the sole colonist established on Michel Gamelain’s seigniory up to that date. But his house was not the only construction erected on this island. The first Sainte-Anne seigneur, who lived in Cap de la Madeleine, had also built a cabin there. He and his men traded with the Algonquins, amongst others, who provided them with furs and meat. 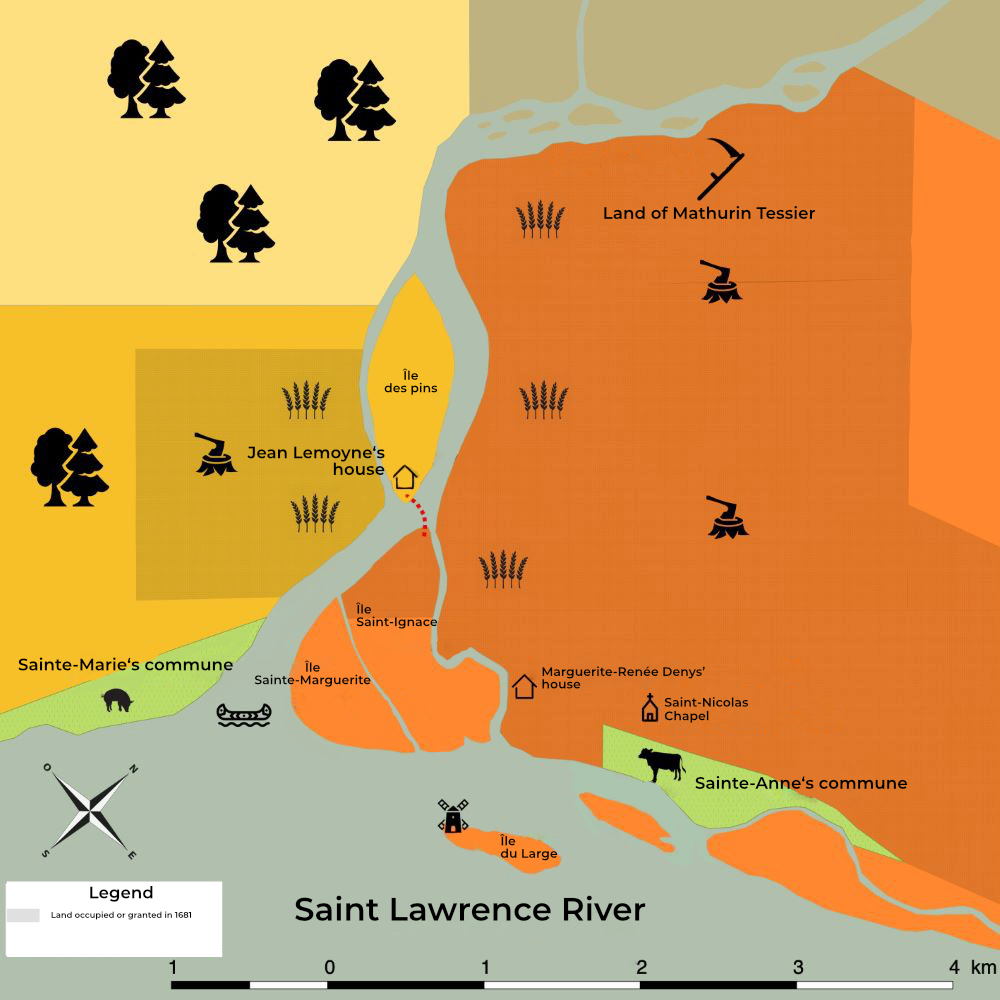 Although they were conducted far from Trois-Rivières, Michel Gamelain’s trade activities at Sainte-Anne River did not go unnoticed. The year prior to my arrival, they even drew the attention of the Conseil Souverain. At the end of its investigations, the colony’s highest court had sentenced him with a 200 livres fine for exchanging brandy with the First Nations. A master surgeon, he had a reputation for producing his own alcohol.