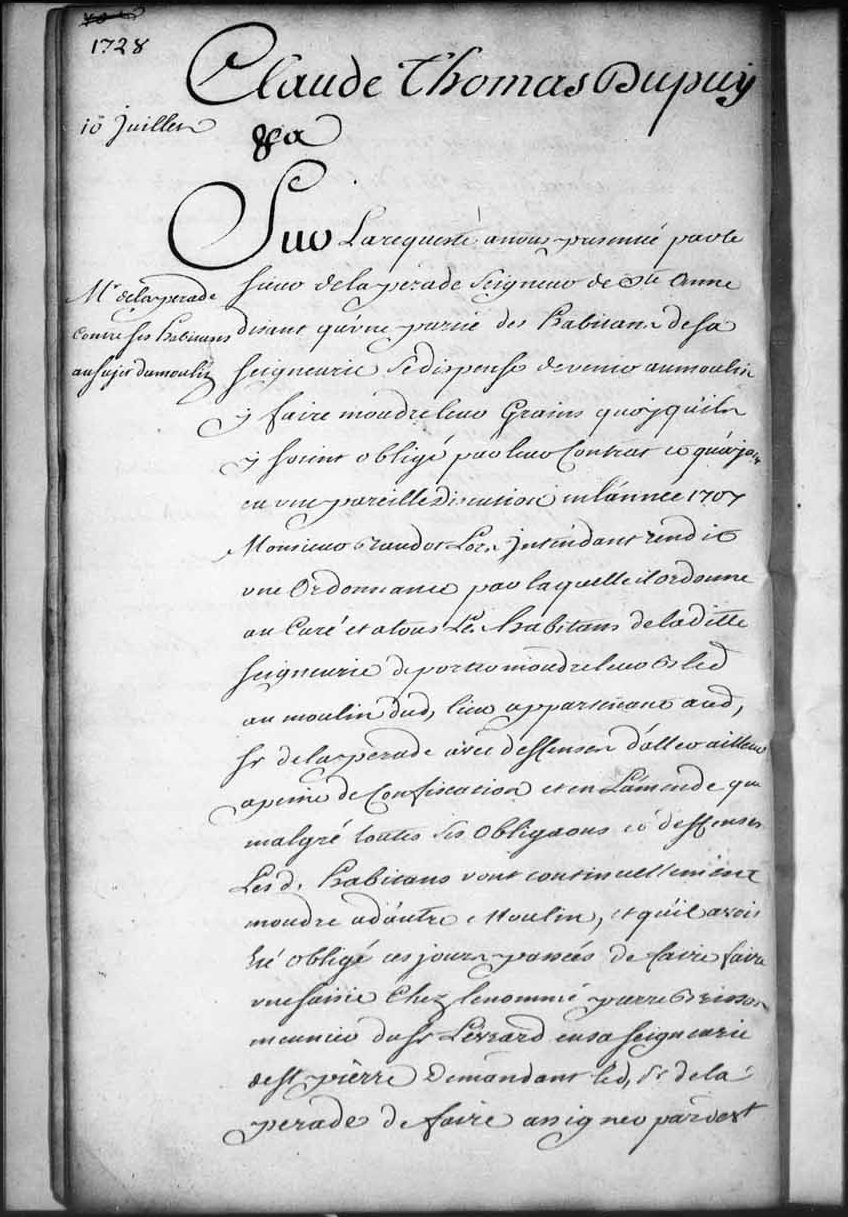 Order of the intendant Dupuy who, at the request of the Sieur de la Pérade (Tarieu), forbids the inhabitants of Sainte-Anne to grind their grains elsewhere than at the ordinary mill of the said seigniory, in accordance with their concession contracts, textual archive, July 10, 1728, Claude-Thomas Dupuy, intendant of New France.

The tenants had the obligation to grind their grains at the windmill of the seigniory they lived in. However, discontent in regards of lengthy delays or very costly fees sometimes encouraged them to derogate from this rule and to have their grains ground in another windmill. This was the case in 1728 when some of them turned to the Saint-Pierre-les-Becquets miller’s services. As a consequence, the Sainte-Anne Seigneur demanded that an order be issued to force them to use the seigniory’s windmill.