The silvery scales and elegant lines of the Atlantic salmon have long made them an inspiration to artists. Their rapid movement, their epic journey and their great fighting ability make them mythic creatures that are often depicted as such in paintings and sculpture.

Elsie Reford and her husband were collectors and loved paintings and works of art. In their Montreal home and at Grand-Métis they had extensive collections on display. So it should come as no surprise that when they saw an object or a painting with a salmon on it they purchased it. 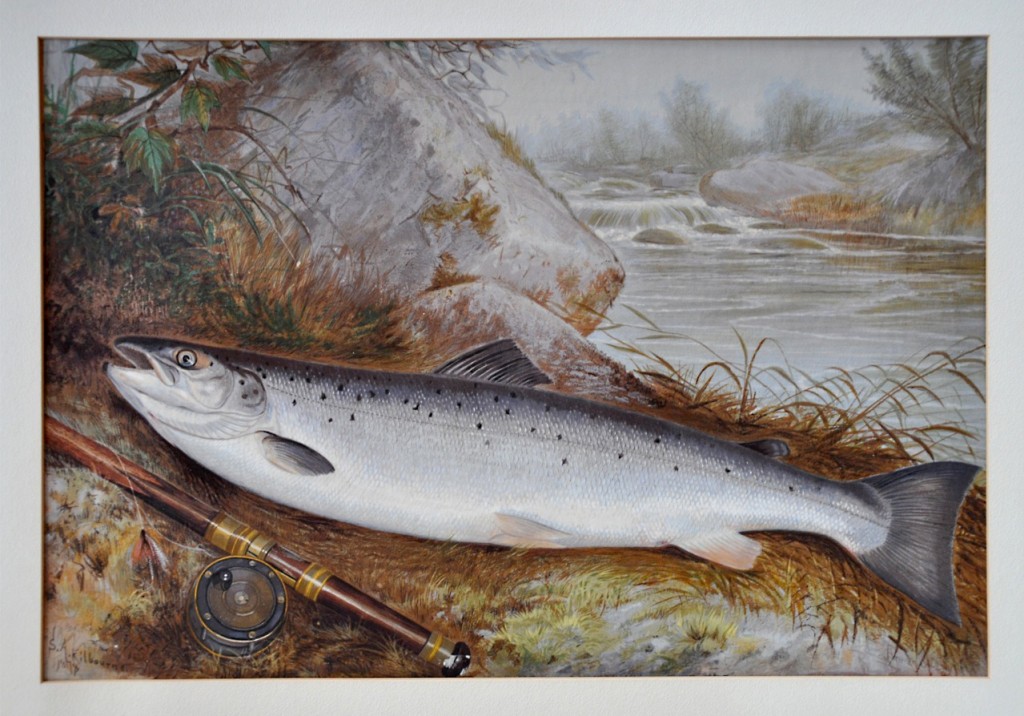 Chromolithograph of a trout by Samuel A. Kilbourne from Game Fishes of the United States, 1879.

The dining rooms in Estevan Lodge were once decorated with large panels displaying fish from the lakes and rivers of Quebec. These panels are now lost but we can imagine the lively fishing scenes that would have been on display. 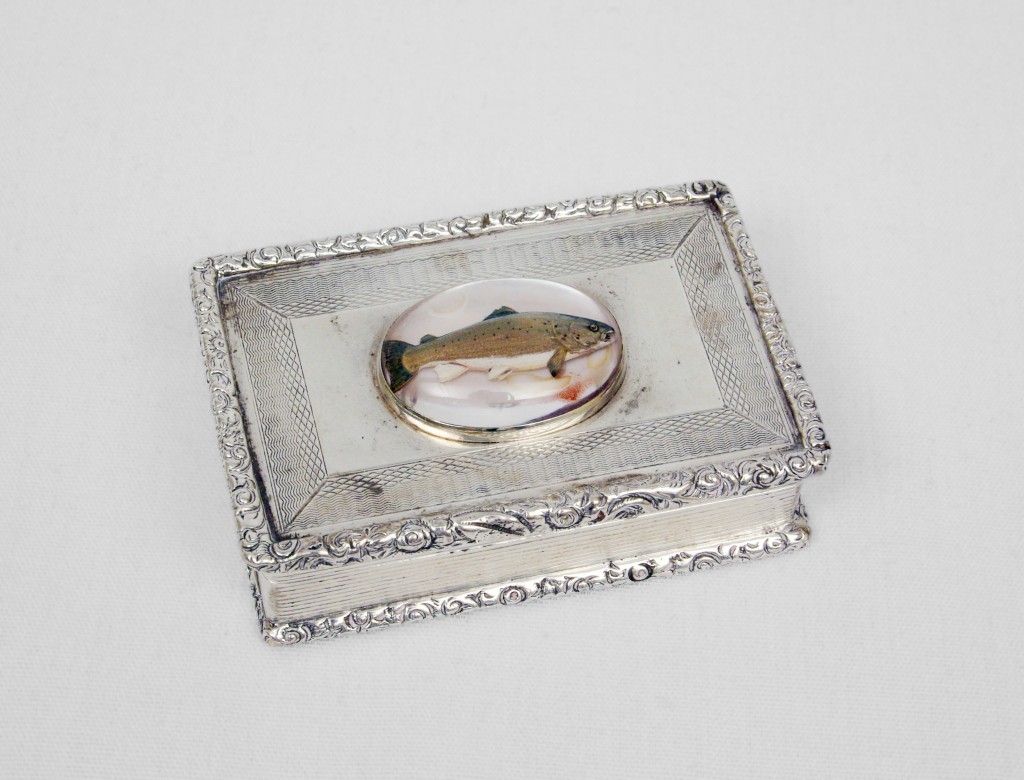 Decorative silver box with a salmon on the lid

Today we use the salmon motif on the menu in Estevan Lodges. It is inspired by the letterhead that George Stephen used for his fishing camps at Causapscal and Grand-Métis. Miraculously, the original printing block, which probably dates from 1886, has survived. It was used to print the stationery that guests used for decades to write about their successes (and failures) on the river. 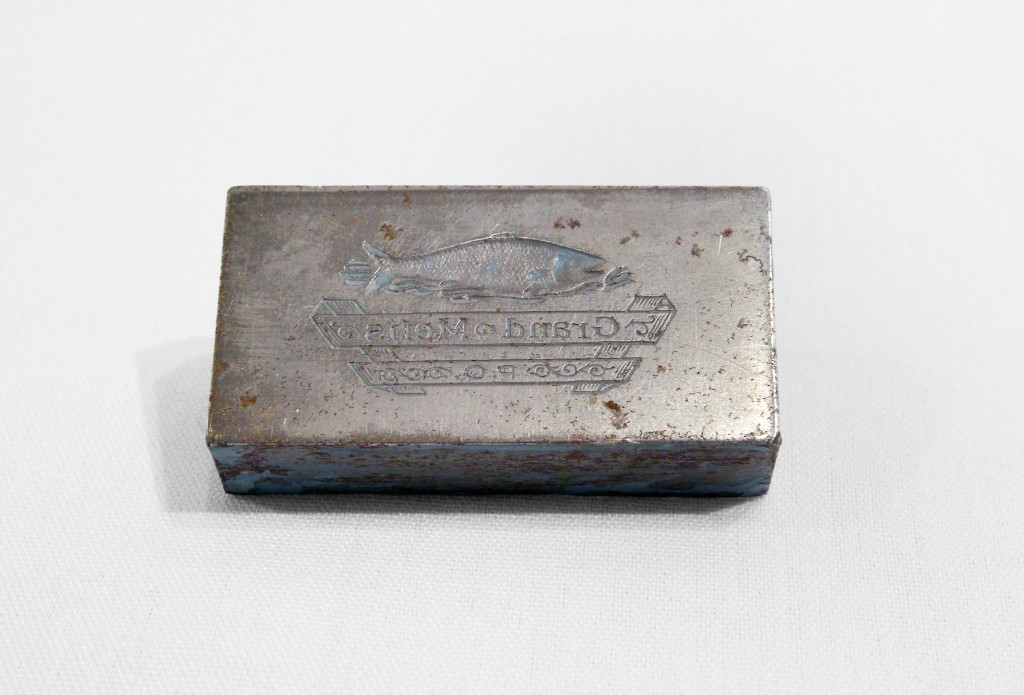 Printing block for the stationery of Estevan Lodge