The salmon conservation movement grew in the 20th century when sports fishermen and enthusiasts began to appreciate the fragility of the species and its sensitivity to changes in riverine ecosystems.

For generations, fishermen – both commercial and sport – seemed to have no sense that the Atlantic salmon was a precious resource. While governments controlled the number of leases and permits, they did little to limit the number of fish caught. It was not until the commercial fishery expanded and the size and number of fishing vessels increased that the Atlantic salmon began to be considered an endangered species. 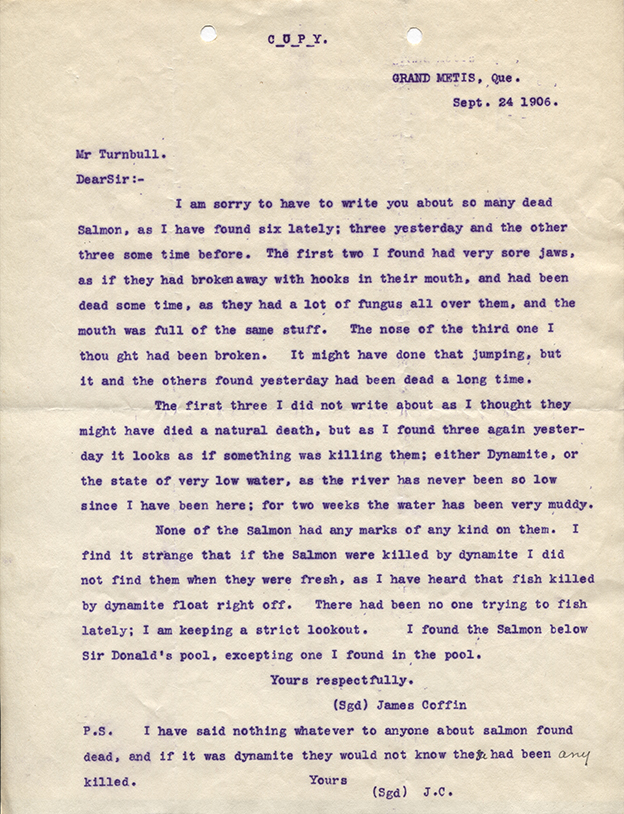 Conservationists, like Montreal architect Percy Nobbs, began to mobilize concern for salmon in the 1940s. Their first efforts were to conduct research on the salmon to learn more about their behaviour and habits. By the 1960s biologists began to monitor the rivers for the government of Québec. They pushed government bodies and legislators to protect rivers and the vegetation alongside them. These efforts culminated in 1990 with a new law that designated salmon rivers and provided them with a special status. There are now 162 salmon rivers in Québec, three-quarters of which are found in the Gaspésie region, the North Shore or on Anticosti Island. 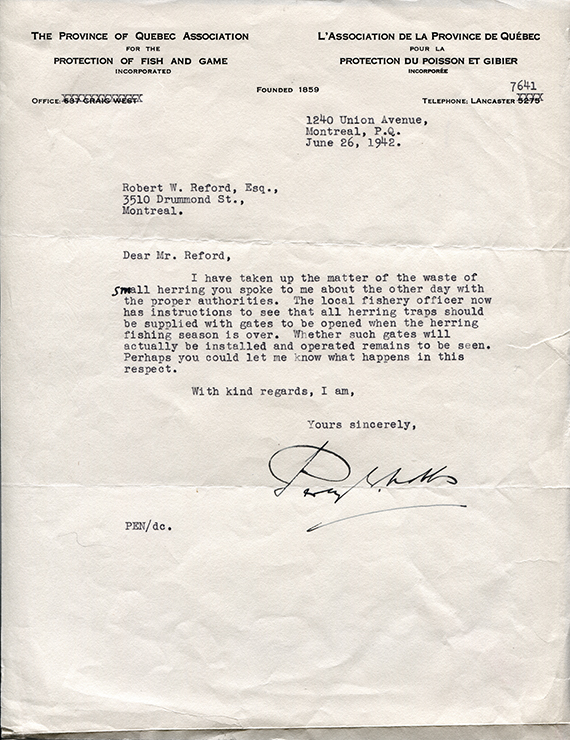