The collections of Les Amis des Jardins de Métis have developed over several decades with donations from Elsie Reford’s descendants and former staff members. The documents relating to the Metis River include early maps and drawings. These maps document the early settlement of the river and the region. 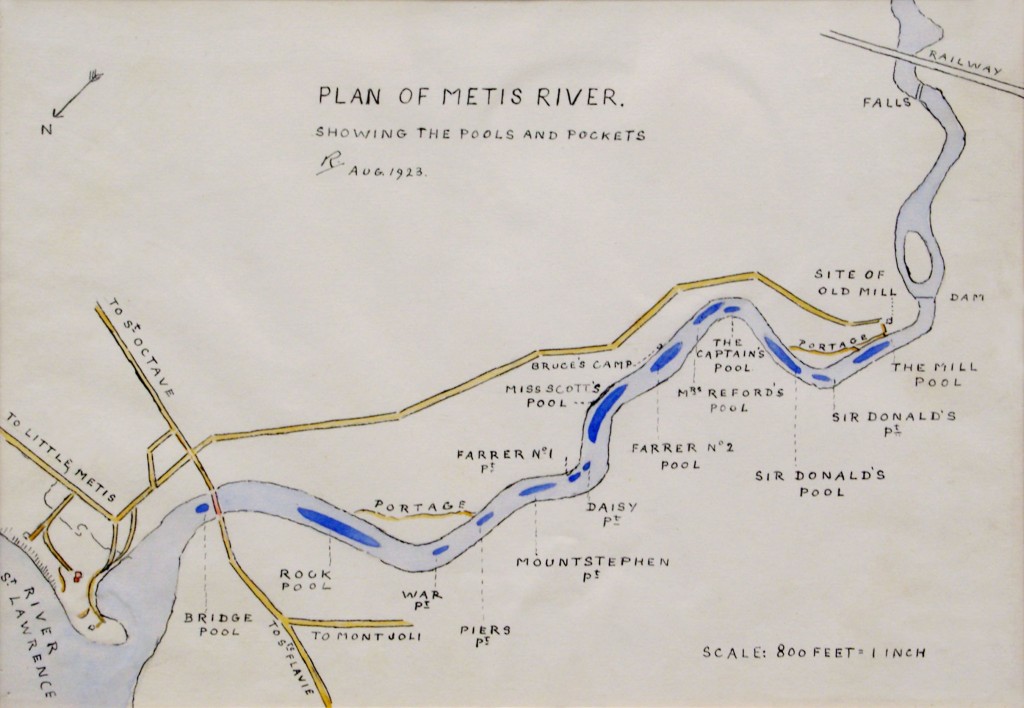 Plan of the Metis River by Lady Aileen Roberts

Because the river was such a central feature in the region, the roads and lots were often surveyed from the river as their base point. Most of the photographs in the collection were taken by Robert W. Reford. He was an enthusiastic photographer, some say Canada’s first amateur photographer. He took photos of the river over many decades with a range of cameras, developing the images in the dark room he built in Estevan Lodge. 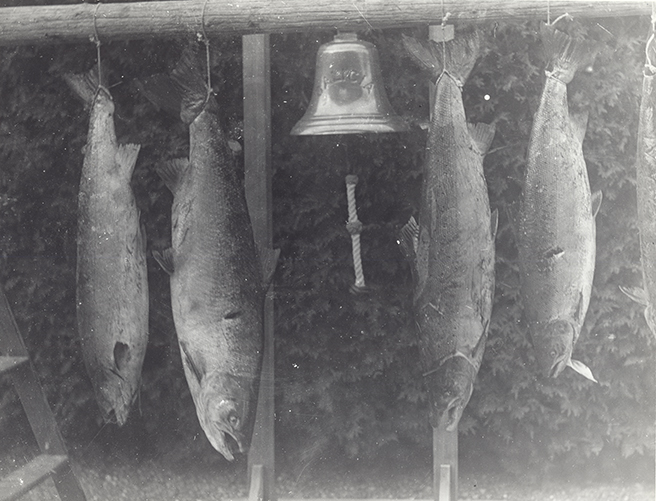 The bell of Estevan Lodge

The fishing rods, reels, flies and paraphernalia are all associated with Estevan. Some of them date from the 1800s and include George Stephen’s fishing rod and the transport case for the rods made for him in Scotland. Precious then and precious now, they were carefully preserved even after the fishing had ended. Today these unique items are on exhibit in Estevan Lodge and are the backbone of our permanent collection.

Viceregal Visitors – The Governor Generals of Canada The Falls