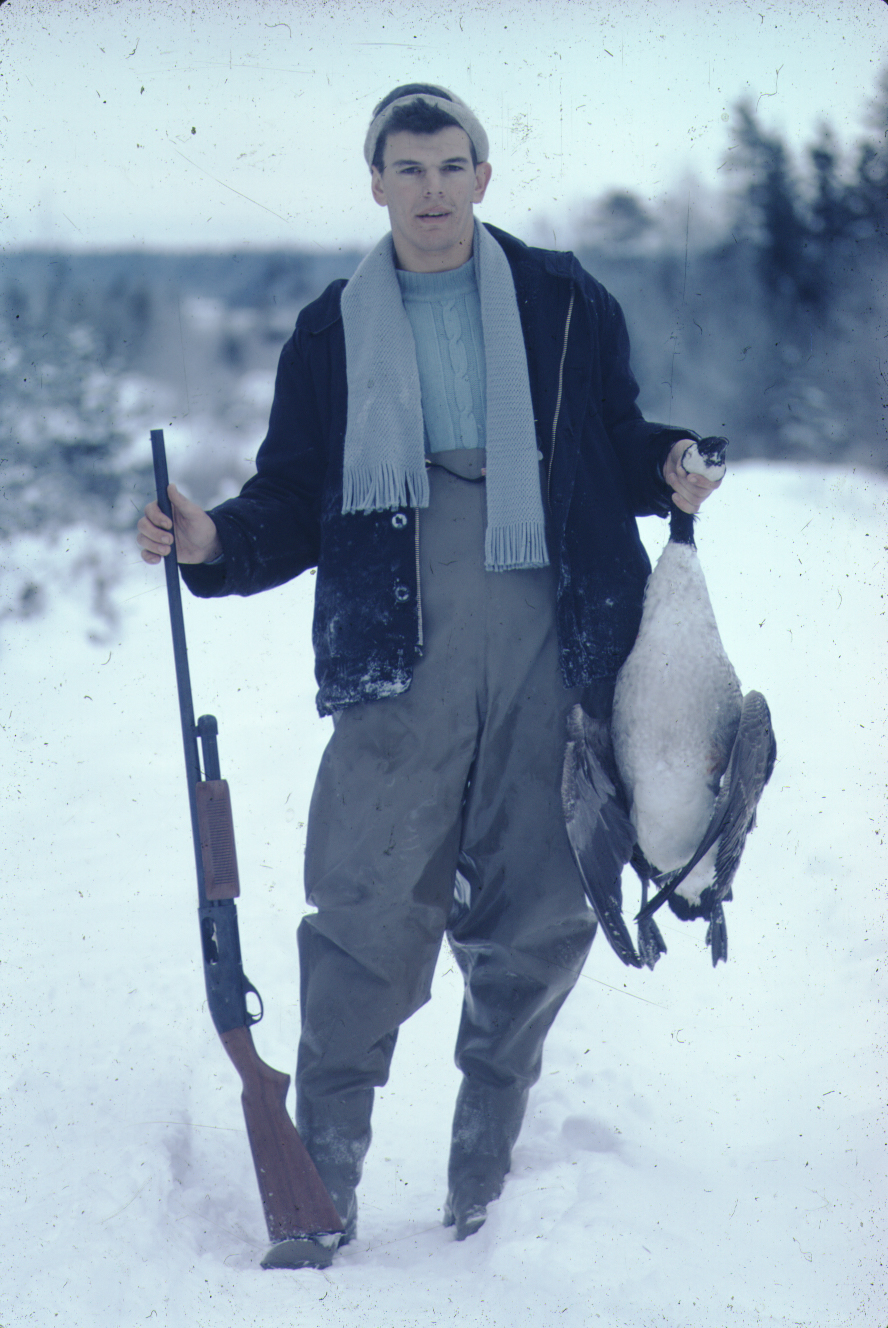 Hunting on the salt marsh has been a common activity for as long as people have lived around it. When the estuary was owned by Peter McNab Kuhn, he attempted to stop Cole Harbour residents from hunting on his property, much to their consternation. However, as can be seen in this photo, the tradition continued into the future. This young man happened to wander into Rosemary Eaton’s (the photographer and a founding member of the Cole Harbour Rural Heritage Society) backyard, where she asked if she could take his photo.