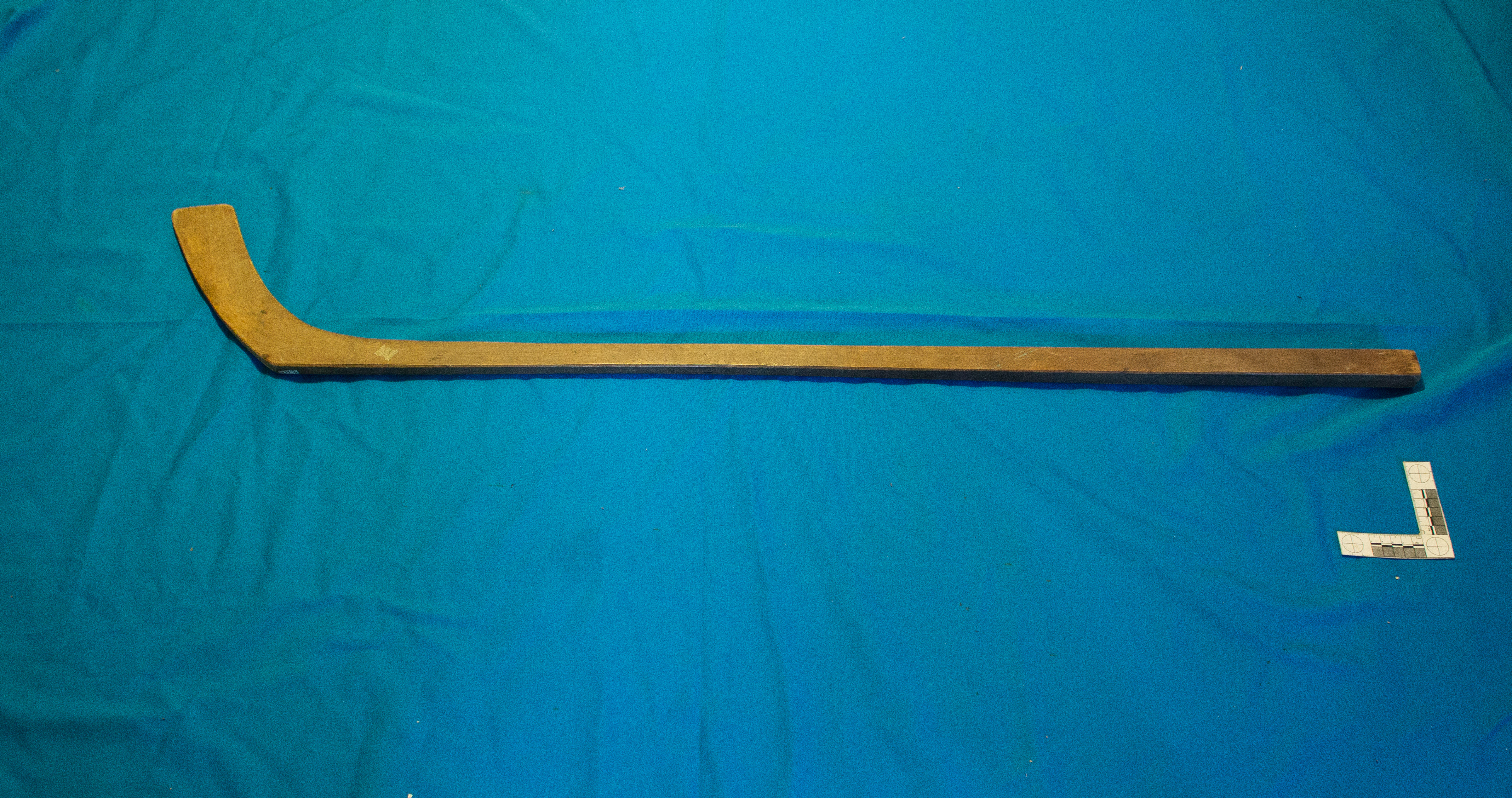 This hockey stick is currently on display at the Cole Harbour Heritage Farm Museum. It belonged to John Giles, and was made for him by a Mi’kmaq resident of Cole Harbour named Mr. Phillips in the early 20th century.