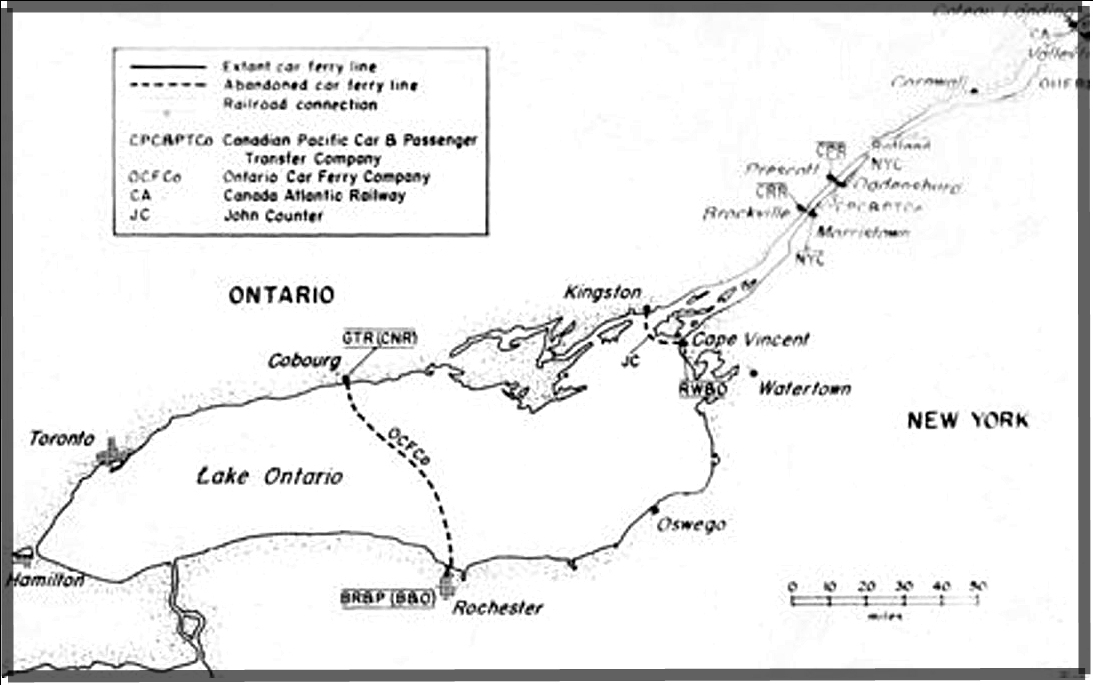 The site of present day Charlotte, just north of Rochester, New York, was first settled in 1792, just six years before the first settler arrived in Cobourg.  Charlotte and its port soon became active in the lake’s shipping trade and saw some action in the War of 1812.

When the Ontario Car Ferry Company chose Charlotte as its southern terminus, extensive harbour improvements were required.  Its importance diminished with the end of the ferries, though an abortive attempt at revival was made when the fast ferry, the Spirit of Ontario, ran between Toronto and Charlotte from 2004-2005.