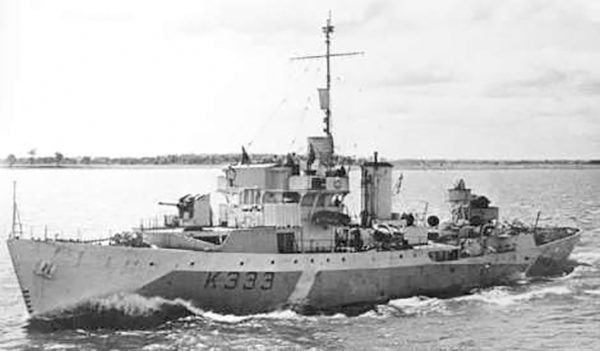 HMCS Cobourg at sea en route to the Atlantic in 1944 as part of Canada’s contribution to the Allied effort to defeat Nazi Germany.

The “corvette” designation was created by the French as a class of small warships; the Royal Navy borrowed the term for a period but discontinued its use in 1877. During the hurried preparations for war in the late 1930s, Winston Churchill reactivated the corvette class.  The generic name “flower” was used to designate the class of these ships, which – in the Royal Navy – were named after flowering plants.