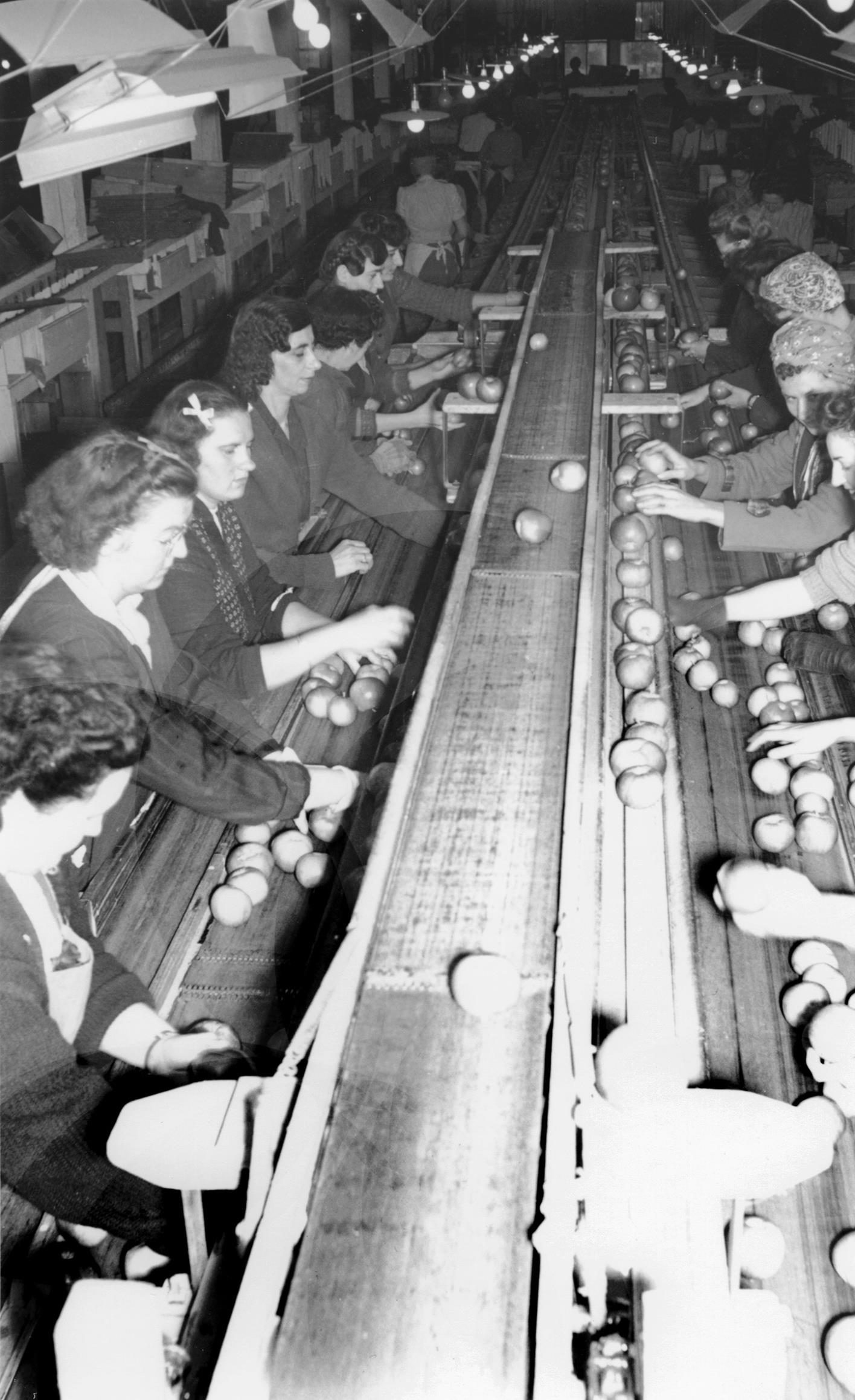 By the close of WWI, the applebox belles were firmly established on the packing line. Surrounded by the aroma of apples and the clatter of machinery, the belles worked ten or more hours a day during the harvest season. They worked quickly to keep pace with the loads of apples as they arrived from the orchards. Quickness was also necessary to keep warm in the unheated and chilly packinghouse during the cool autumn season.

The belles worked in three main areas. They rarely changed jobs and soon became adept at their work on the packing line.

The first line of work for the belles was sorting and grading the fruit as it was brought in. Fruit was picked and placed into apple boxes during harvest, which began late August and continued through to the first frost in October. The apples were transported by wagon to the packinghouse. One of the men, a ‘dumper’, emptied the apples onto the sorting table which had five or more women sorters on each side. The women quickly sorted the fruit by placing the different grades on one of three moving belts – extra fancy, fancy, and ‘cee’ grade. Any culls were placed into a cull box at the side. At the end of the belts, each apple dropped into a separate cup, sorting the apples by size and rolling them into bins at the packing stations. This system created an efficient processing line. 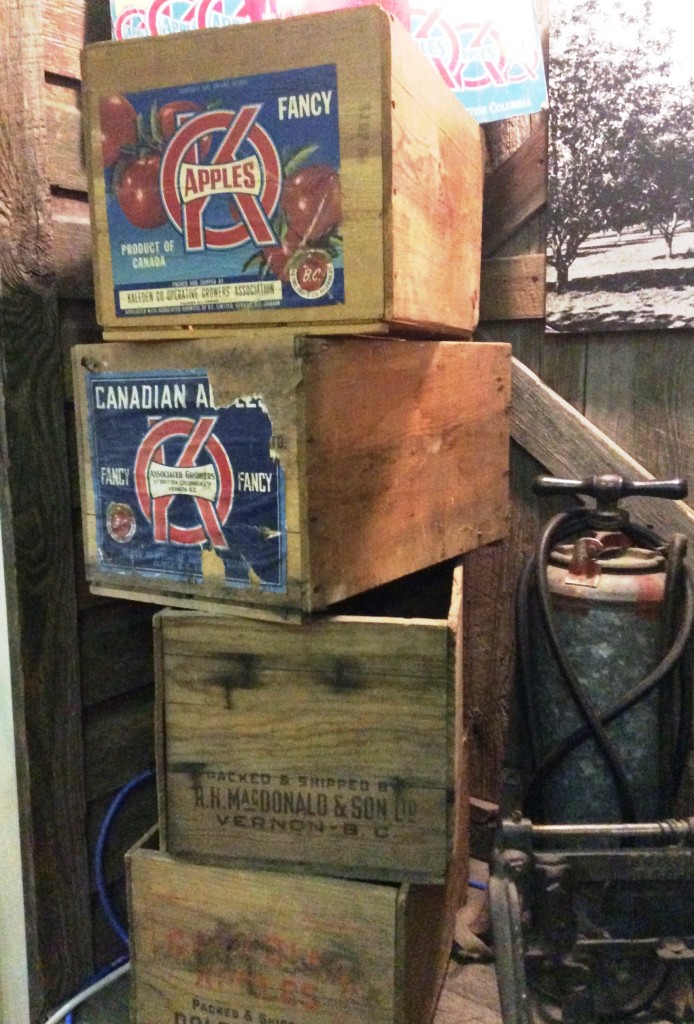