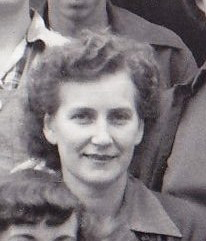 Bernice Williams Gunn was born in Busby, Alberta in 1924. When Bernice was thirteen years old, her family moved to BC and she began work. In 1939, the Williams family moved to Winfield where helped with the family orchard and also began working as a packer at the Okanagan Centre packinghouse.

Bernice became well known as a champion packer and packing line supervisor. Her boss, Ted Nuyens, often commented that Bernice “was the best darn packer they’d ever had.”

On the Packing Line

“With hands and fingers going with shuttlecock action, the women pack the extra fancy, fancy, and ‘cee’ grade apples with lightning speed. The apple is picked up in one hand from the revolving barrel while the wrapper is taken from a peg with the other hand, both meet and with a magic twist of the wrist the wrapped apple is in transit to its shipping box. Those packing are changed on grades every hour to give an equal chance to all packers to work with various grades. Much depends on quality of the run as to how many boxes a girl is able to pack in her hour. Occasionally a packer will be on a certain grade and there will be few apples that come through for that tub….

One girl said she can pack up to 40 boxes an hour when on the extra fine grade. A beginner this year said that there is a minimum of nine boxes an hour. The girls are disgusted if they don’t achieve that much, but they get the pay for it anyways.

One box every two minutes is the average for a fast worker, but the experts do even more.” 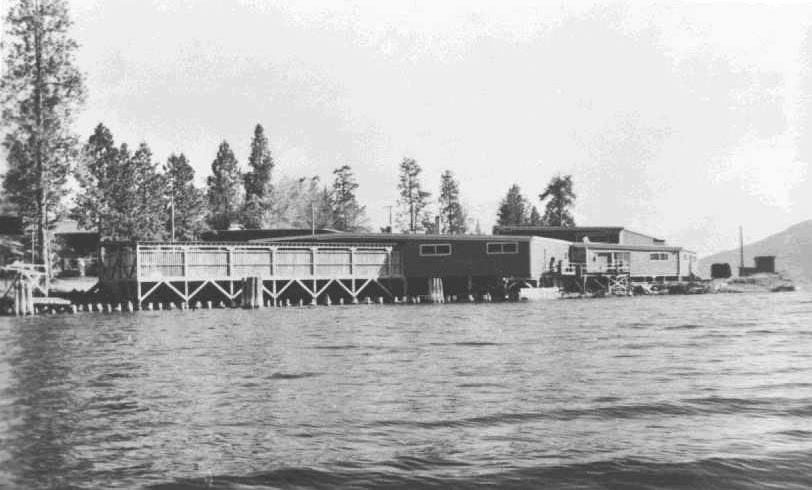