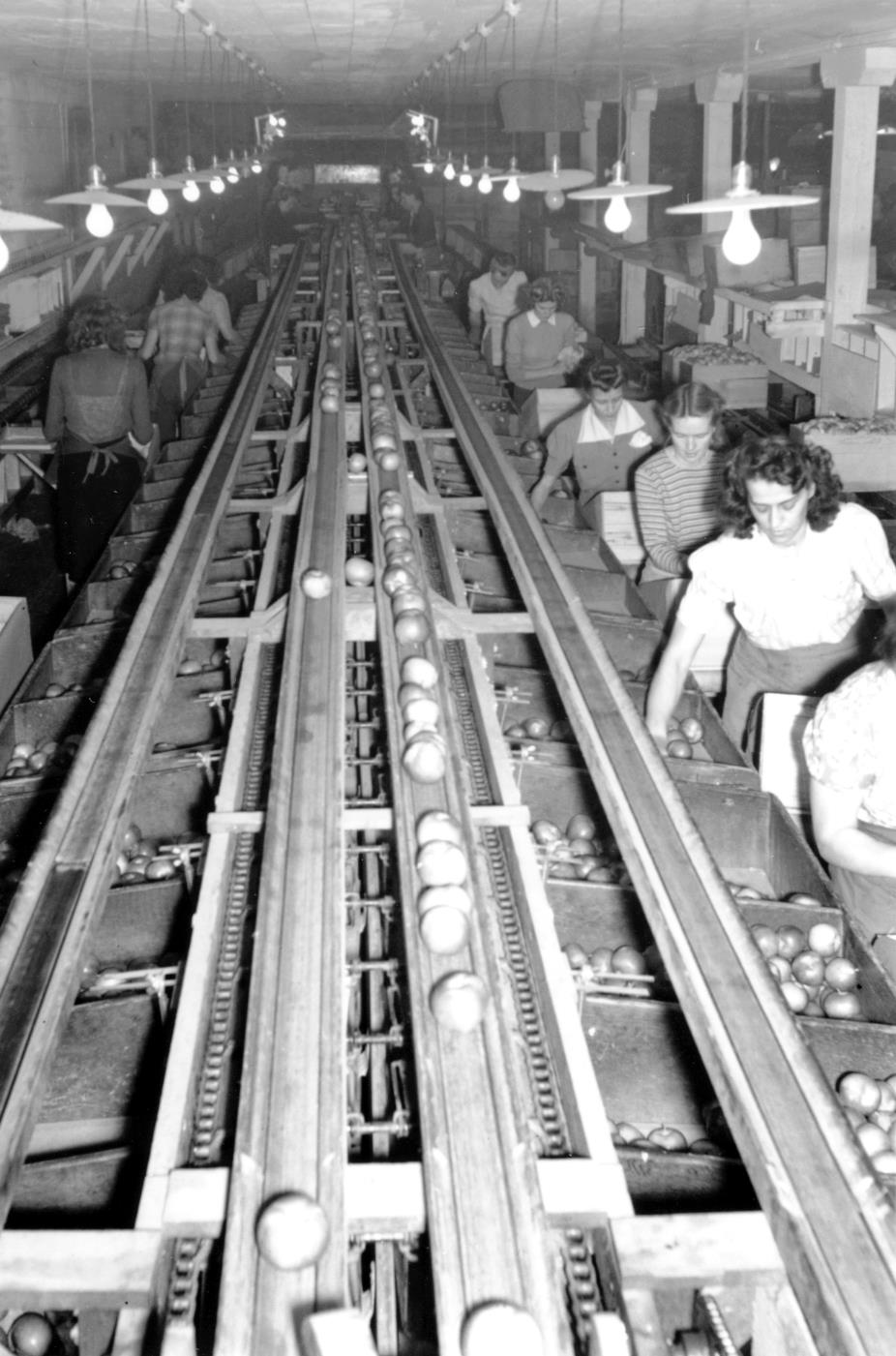 The applebox belles who packed the fruit also worked hard. Packers had an added incentive to work quickly, since they were paid by the pack rather than by the hour. At 3¢ per box, a good packer could earn up to $4.50 per day.

The work of the packers was made easier with the apples already graded and sorted and the belles could concentrate on the speed of their pack. Each packer had her own packing buggy on casters to roll across the floor. The buggy had a rack on the left hand side with tissue wrapping paper held in place by a spring needle.  A packer usually wore a finger stall on her left hand index finger which she used to quickly pull off one piece of paper at a time. When her pack was finished, she rolled her buggy to a conveyor belt which carried the box to a stamper.

The stamper stamped the box with the grade, type, and number of apples it held. The quantity was determined by the type of pack employed, which stampers quickly estimated by the layout of the fruit. Stampers were paid by the hour.

A supervisor judged the correctness of the pack by the height and rounded top. If a box was improperly packed, the supervisor brought it back to the packer to repack. Occasionally a belle sent a cookie or other treat on the top of her pack, hoping that the supervisor would overlook any small errors. 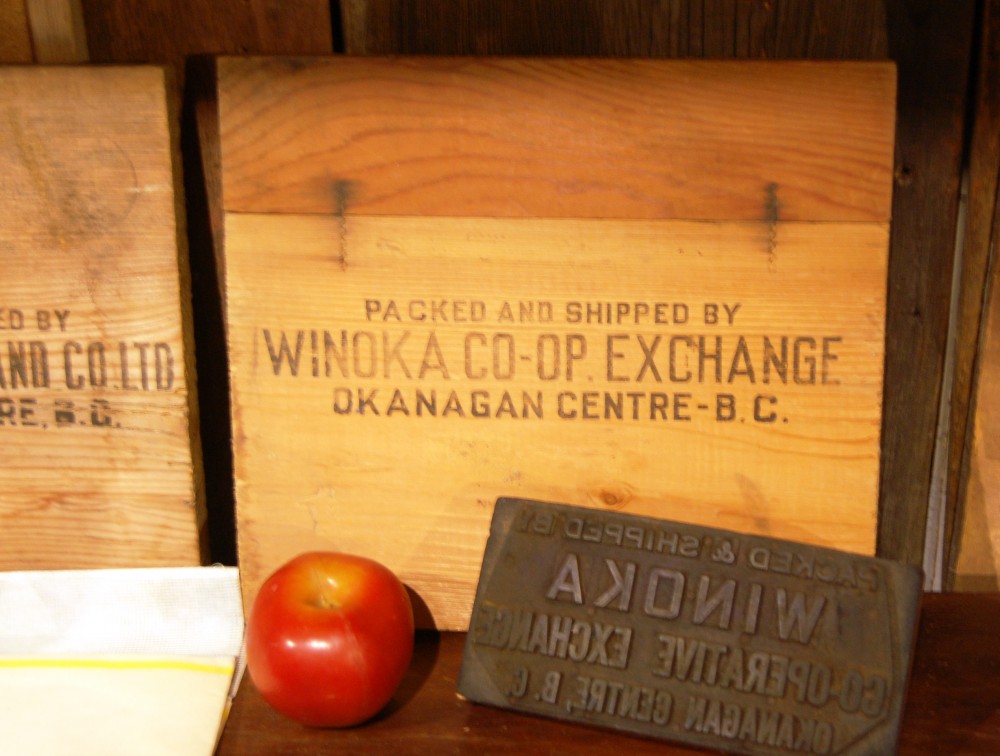