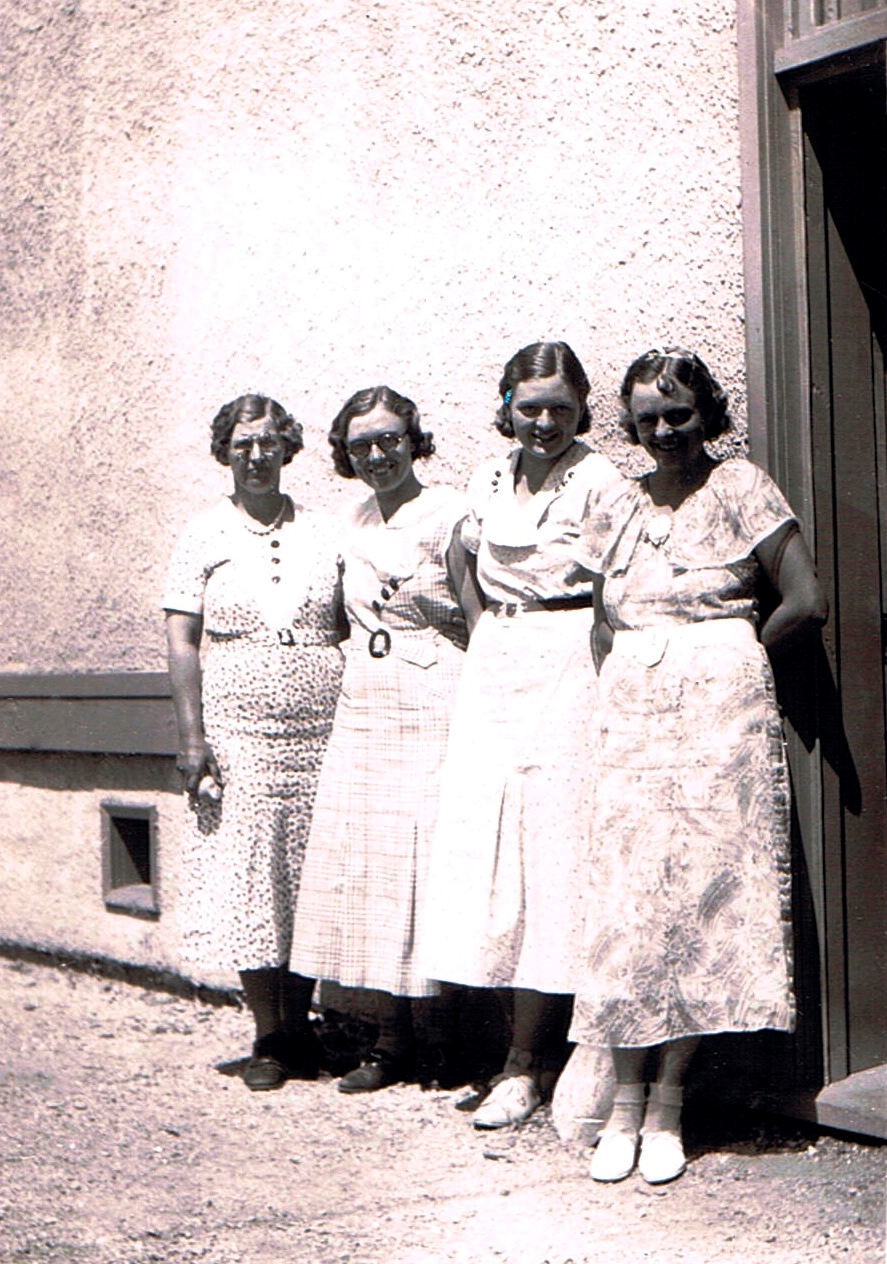 The belles enjoyed showing their apple packing skills. By the late 1930s, the packing contests evolved from local entertainment into large scale competitions.

In 1937, the Okanagan growers decided to send a representative from Canada to the apple packing competition in Birmingham, England. Mrs. Isobel Stillingfleet, who packed seasonally at the Cascade Fruit Company in Kelowna, won the local contest and was selected to compete. Mrs. Stillingfleet traveled with her personal packing buggy to Birmingham where she easily beat competitors from England and New Zealand and won the title Apple Queen of the British Empire. She stayed a few weeks working at the Canadian apple exhibit and proclaiming the quality of British Columbia apples.

This was a turning point in the packing contests. The belles demonstrated their skills in championship events promoting Lake Country’s apples and provided attractive and effective advertising.

Apple packing competitions continued into the 1950s when changes to the packing line reduced the level of skill required to pack apples. While speed was still important, precision and expertise were not needed at the same level. The last packing competition was held in 1953. 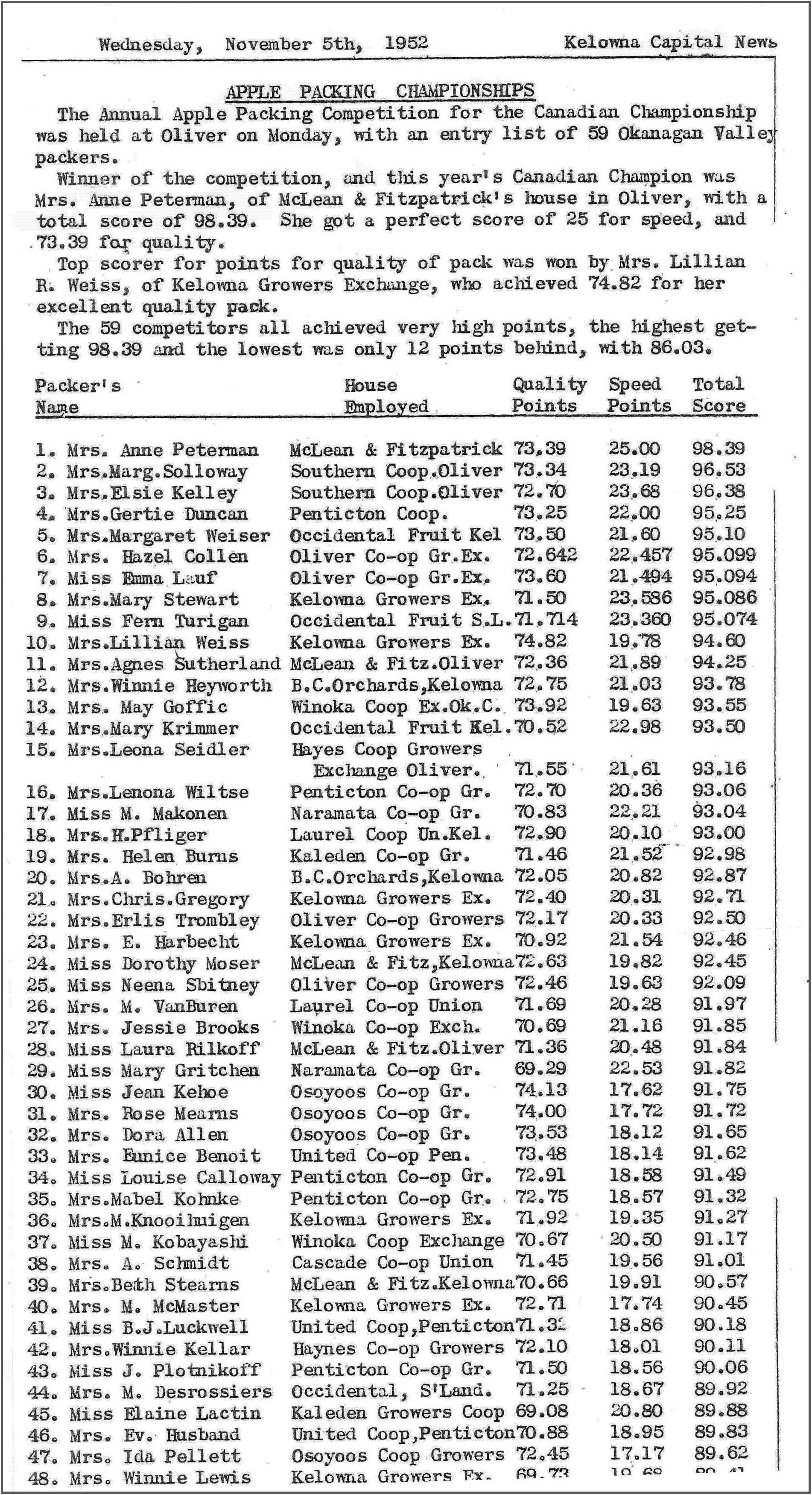