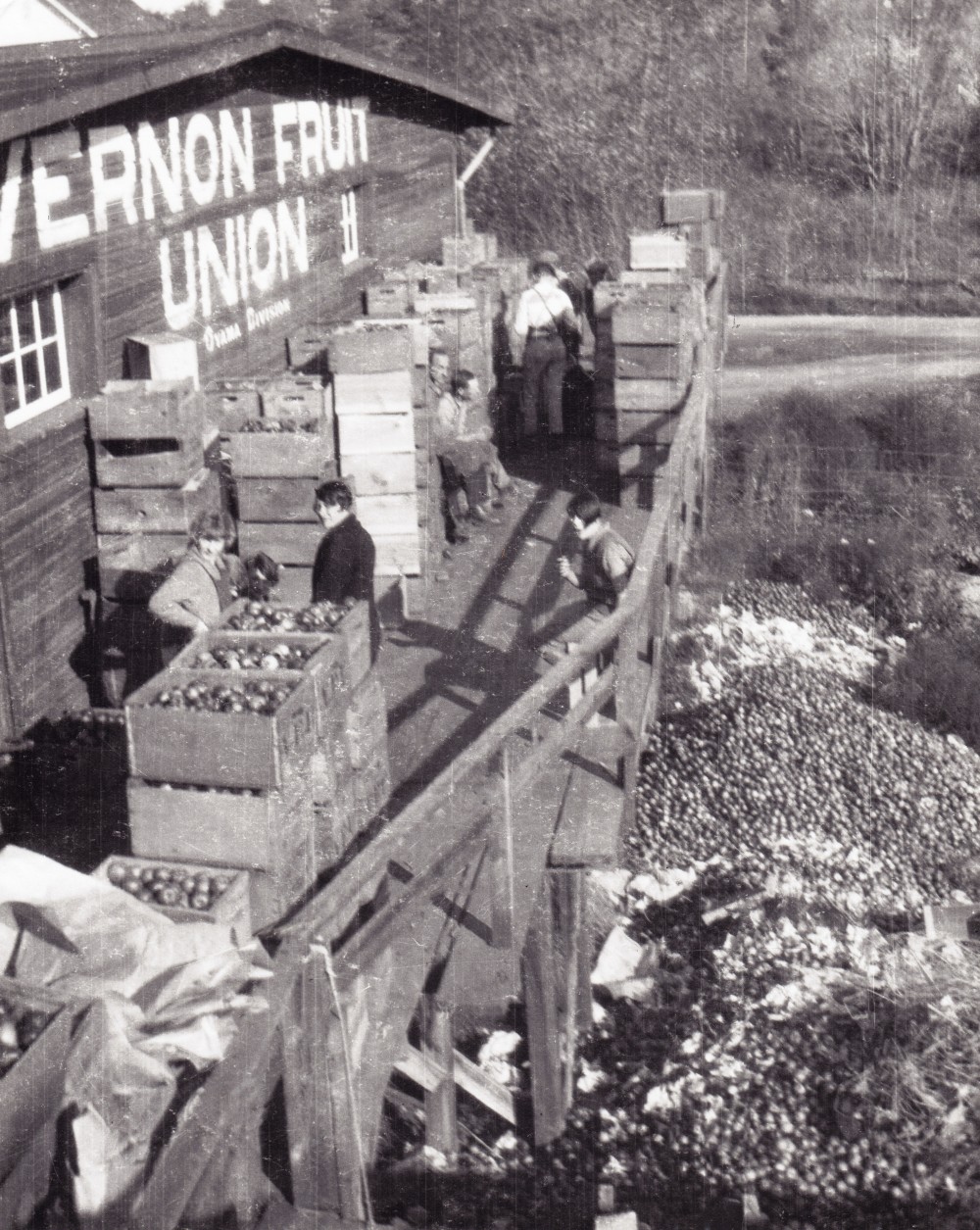 At the packinghouse fruit was sized and graded and apples considered not suitable for market due to bruises, blemishes, or poor colour were culled. In the early years, thousands of pounds of culls were dumped and left to rot. By WWI, small companies began dehydrating the culls and canning the dried fruit. In the 1930s companies began processing the culls into apple juice. By WWII very little of the fruit was wasted and canned apple juice was a staple of the war effort.