“Will you come out for a bear hunt this afternoon?”

This was how the Aberdeens were welcomed to their new home.  They were pleased to accept the invitation on that fine fall day.

“A quiet, gray morning, with light soft fleecy white clouds floating, about the mountain tops, had brightened out into an afternoon full of sunshine, and we saw the surroundings of our new home under the most favourable auspices, as we trotted merrily over the fields, and through the woods…”

By the end of the afternoon, there were no bears shot. But there were plenty of wild ducks, prairie chickens, and wild geese for their supper that evening. 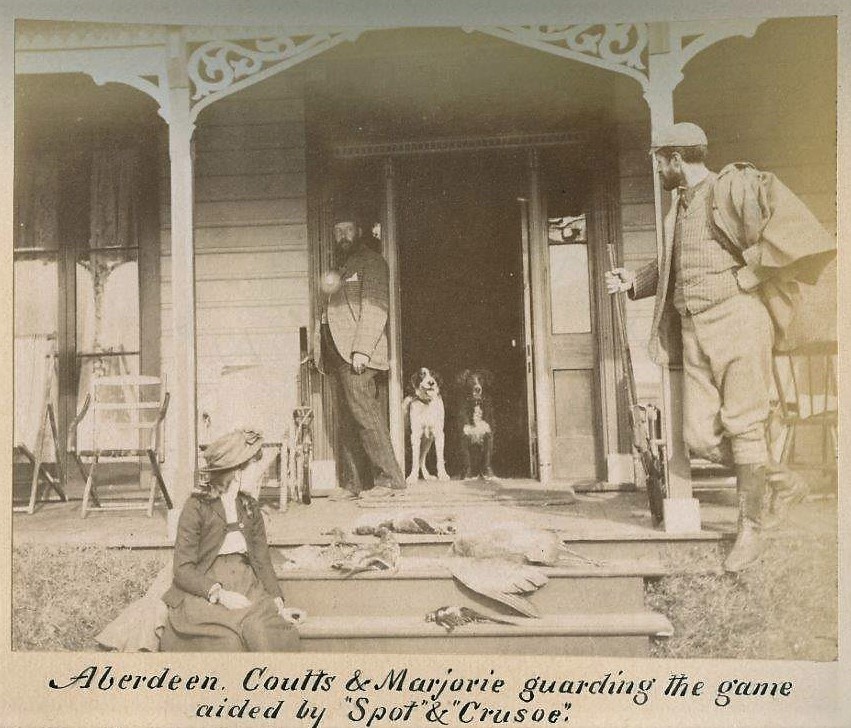 Guarding the game after a day of hunting, 1891 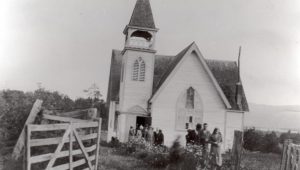 The Aberdeens met many of the local people as they explored the area. They were warmly welcomed and began to feel like real “Okanaganers“.  Everyone wanted to meet the new celebrity neighbours. Regular Sunday Service was considered a necessity in pioneer life.  The Aberdeens agreed to help fund a church near Guisachan.  A new Presbyterian Church near Guisachan would ensure that settlers, as well as Coutts, would attend regular services.

“A church is now meditated… a larger one here, for which Mr. Mackay has offered two acres of land near by… A [Lord Aberdeen] has promised $400 of the $1,000 required for the new church.”

The Aberdeens attended their first Okanagan church service at the local schoolhouse.

“The new pair of substantial mares were hitched to with their new smart harness and all and A drove us after Guisachan fashion to the schoolhouse…No conventionality, no black coats (except A’s and Mr. Smith’s) no solemn looks.  There were but three women in the congregation, all the rest men who looked as if they knew how to work. The minister, Mr. Langell [Rev. Paul F. Langille], quite adopted the same free and easy attitude and did not talk like a minister.” 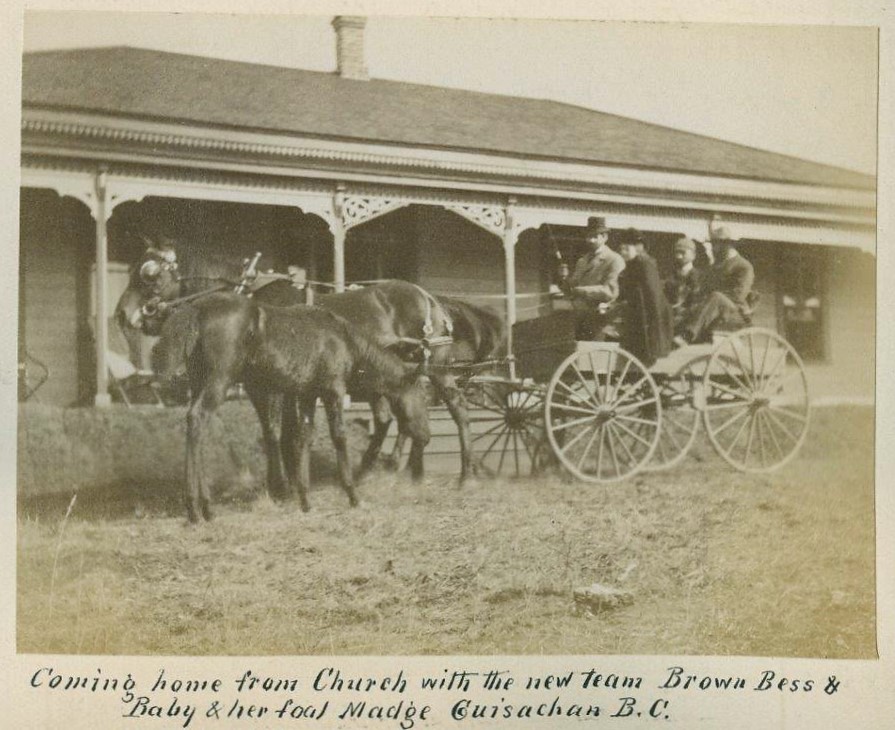 The Aberdeens arrive home after the Church service, 1891

After the service, Lord Aberdeen invited their new neighbours to Guisachan that afternoon for an informal service. Over 60 people came, including the two Roman Catholic Oblate priests from the Mission!  The locals were keen to see inside the house of a Lord and Lady.

Guisachan Farm ‘The Place of the Firs’ “A Remarkably Healthy Place”