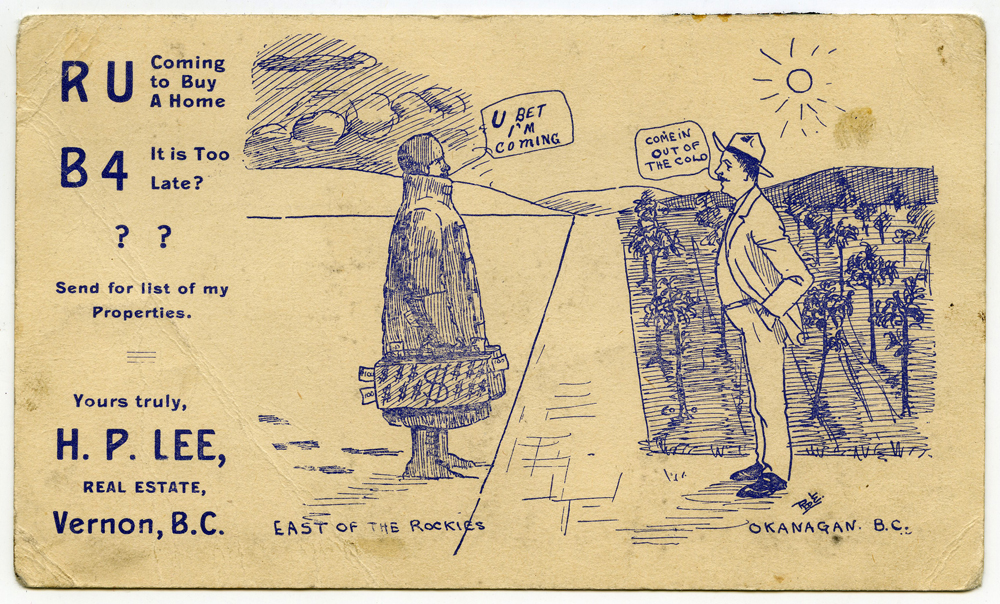 Advertisement to sell fruit farms in the Okanagan by a real estate agent in Vernon, n.d.

The Aberdeens were bursting with excitement after their first visit to Guisachan Farm. Lady Aberdeen wrote of her certainty that Guisachan would be financially successful “Good land for fruit growing is now fetching from $30 to $60 an acre and is steadily rising in value…”

Before leaving Guisachan, the Aberdeens spoke to G.G. Mackay about purchasing a second property.  Mackay, never one to lose an opportunity, suggested the larger 13,261-acre cattle ranch, near Vernon.  Mackay knew that the owner, Colonel Forbes Vernon, might be interested in selling.  Mackay acted as the Aberdeens’ agent in working out the deal. 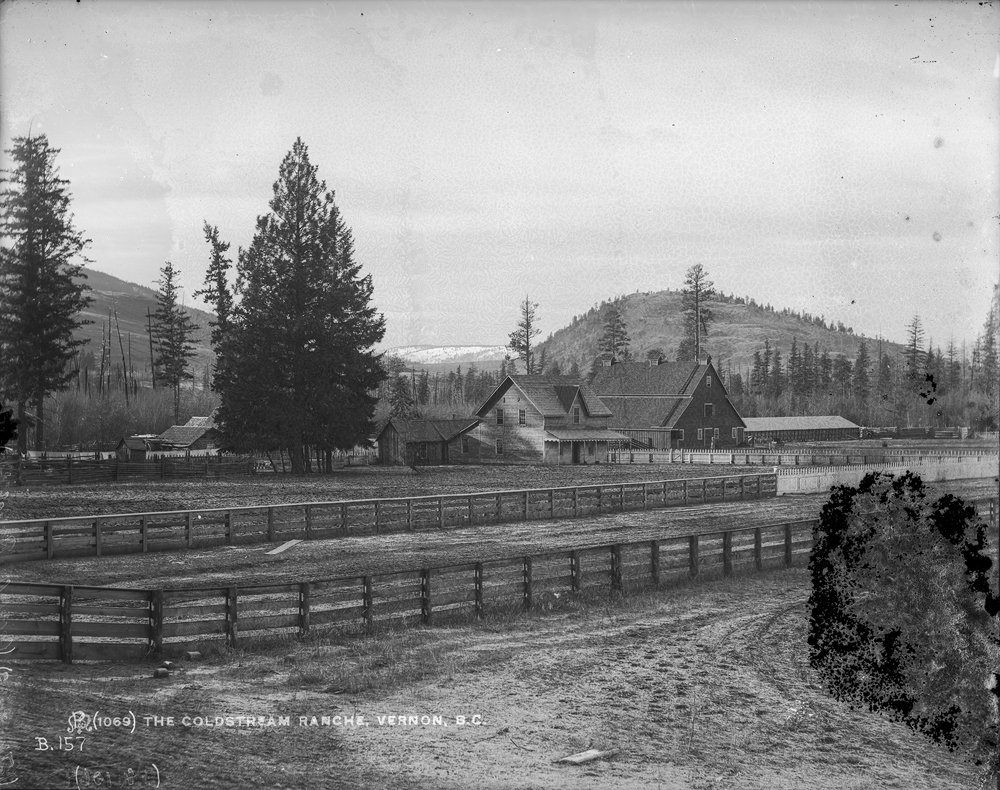 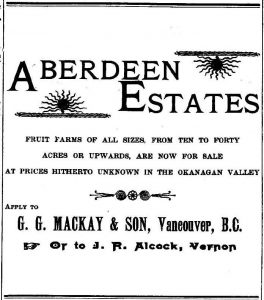 Once again, sight unseen, the Aberdeens bought a second Okanagan ranch. They renamed the property ‘Coldstream Ranch’, which was to become their newest fruit farm.  However, this time, the land would bring in additional income with the subdivision of part of the land into fruit farms for new settlers.  These new fruit lots would be marketed to whom they felt were the “right sort” of English and Scottish people. The Aberdeens decided that Coutts Marjoribanks, along with his manager Eustace Smith, would move to the Coldstream Ranch to begin planting the first 100 acres of new fruit orchards and hops fields. Plans included building a jam factory in Vernon that would process the fruit in the Valley.

“A is going to put up a jam factory, much to the delight of all the people about, for this is just what was wanted. Now please rack your heads for good names and advertisements… “The Premier Preserves manufactured from the celebrated Okanagan Orchards” is the brightest we could think of.”

The Aberdeens left Canada optimistic that their plans for their new fruit farm would be fulfilled.  This was to be seen in October 1894, when the Aberdeens made their first visit to Coldstream Ranch.