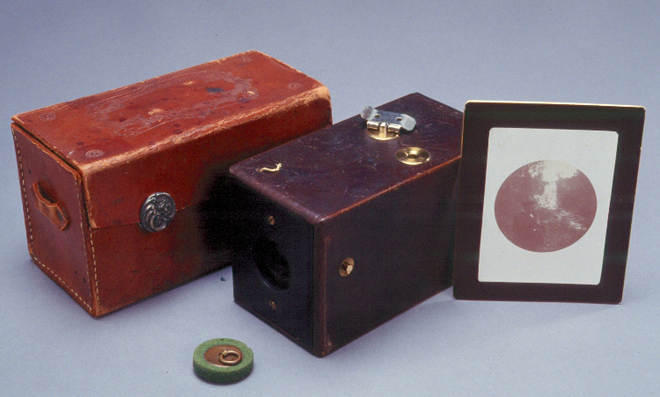 Once the decision was made to visit Canada, Lady Aberdeen wanted to record the family’s trip. She was excited to keep a journal, take photographs and share the family’s adventures in her own Upward and Onward magazine.

The Upward and Onward Association, created by Lady Aberdeen, encouraged working class women to broaden their education by offering classes. The magazine included fictional and non-fictional articles, a children’s section, quizzes, practical hints and spiritual encouragement. These letters and Kodak photos were to become the basis for Lady Aberdeen’s own travelogue entitled  Through Canada With a Kodak, published in 1893.

After a long voyage across the Atlantic Ocean in 1890, the Aberdeen family arrived on the east coast and began their train trip across Canada to British Columbia. Along the way, they made many stops to explore the Canadian towns and landscape. The cameras were Lady Aberdeen’s constant companion, as she recorded the people and places that interested her.

Advertisement for the Kodak camera, 1889

Before leaving for Canada, Lady Aberdeen had heard about George Eastman’s Kodak camera.  The new camera’s slogan “You press the button, we do the rest” grabbed her interest.  Lady Aberdeen summoned a Kodak advertising agent to the family’s London house for a demonstration.  She immediately purchased two Kodak cameras, becoming one of the Kodak’s earliest and most committed advocates. 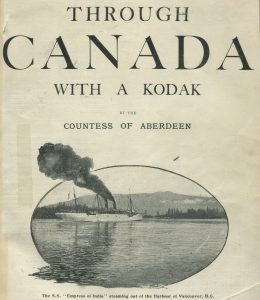 In the words of her daughter Marjorie, “There were many who first discovered the meaning of the new word Kodak from the breezy travel letters which she sent home for her magazine with her own snapshots as illustrations and her own ‘snappy’ phrase as title:  Through Canada with a Kodak.”

Canada, A Perfect Place for a Holiday First Trip Across Canada – Love At First Sight