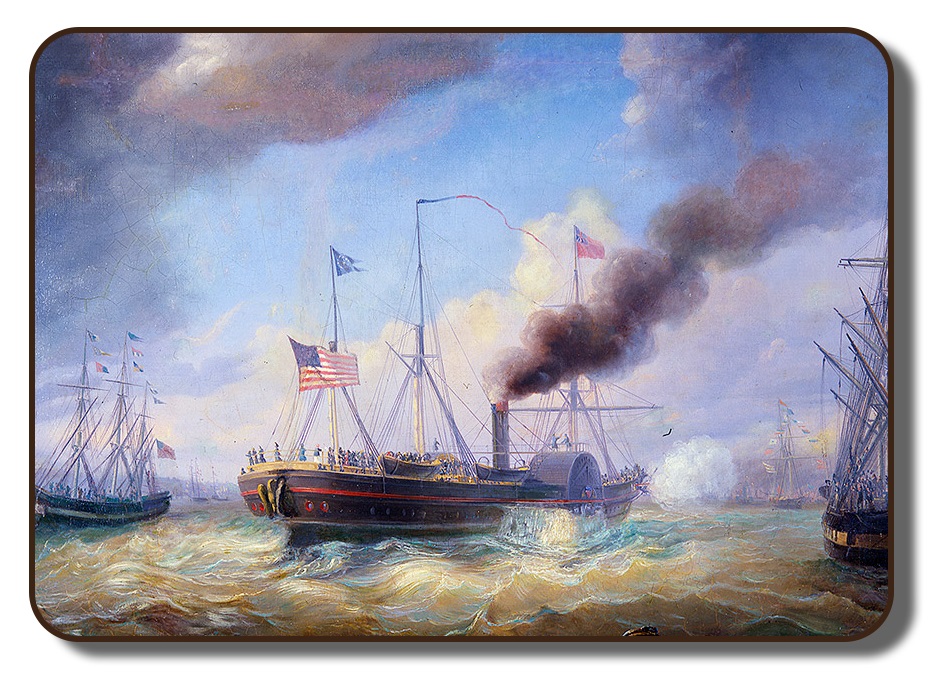 Just getting the team and their rowing sculls to Paris would be a feat in itself. The two four-man rowing sculls were massive, measuring 34 and 36 feet in length – that’s almost the same length as a school bus.

The new boat, finished by Mr. Dalton, for our crew at the Paris regatta, was put into the water today, and her appearance and motion is such as to justify the most sanguine expectations respecting her speed.  The ‘New Brunswick’ weighs, all complete, less than 175 lbs; she is 34 feet long, 3 feet 9 inches beam; 13 inches deep and is a beautiful looking object in the water. 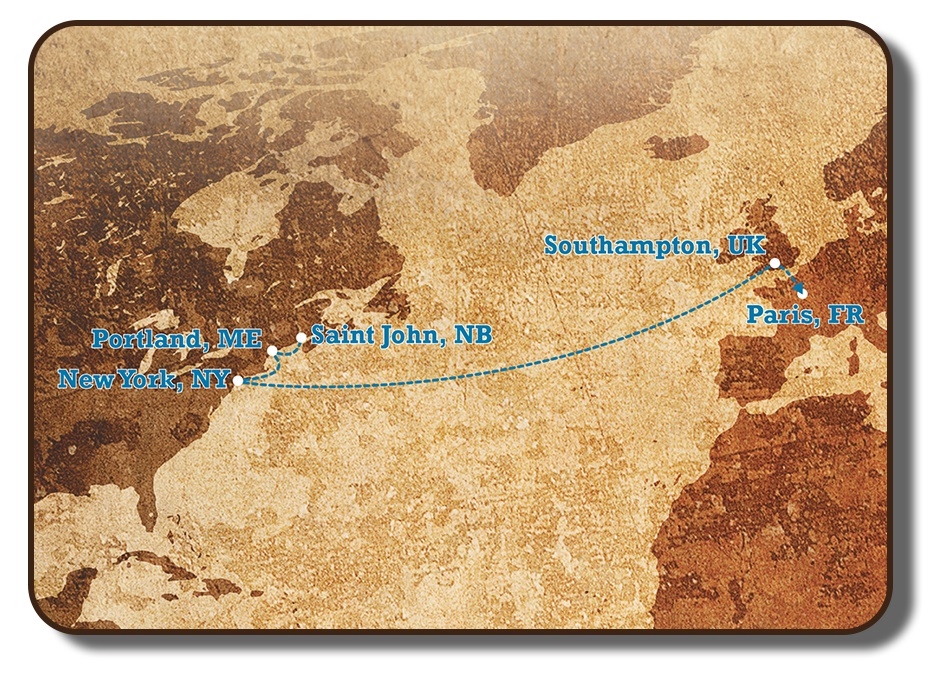 Transatlantic route of “The Paris Crew” illustrating their destinations starting in Saint John to Portland, Maine and New York City before setting off to Southampton, United Kingdom and finally arriving in Paris, France.

After a great deal of preparations, the team’s journey to Paris started on May 27, 1867. “There was a large crowd of persons at the wharf to see them off, and to give them a hearty cheer.” (Saint John Globe, May 27, 1867)

The team first travelled by steamship out of the Bay of Fundy and along the New England coastline and finally arriving in New York. They then made their Transatlantic journey to Southampton, England on a steamer vessel called the Atlantic.

This enterprising party travelled by steamship from New Brunswick…They’re all in good spirits, and say that if they do not succeed in winning anything they will have plenty of fun to compensate them for the long journey.

Over the course of five weeks the team had traveled across the ocean and trained in Southampton, England. Where they would exercise and prepare for their races at the International Rowing Regatta in Paris, France.

Letters from Sheriff J. A. Harding described that several experts had visited the team while training in Southampton, England and they did not speak very encouragingly.

The English reporters scoffed.  Their boats were wide and much too heavy. Worst of all they did not follow the principles of the English technique, a long smooth stroke.  Rather, they pulled almost entirely with their arms, using a quick, short stroke. 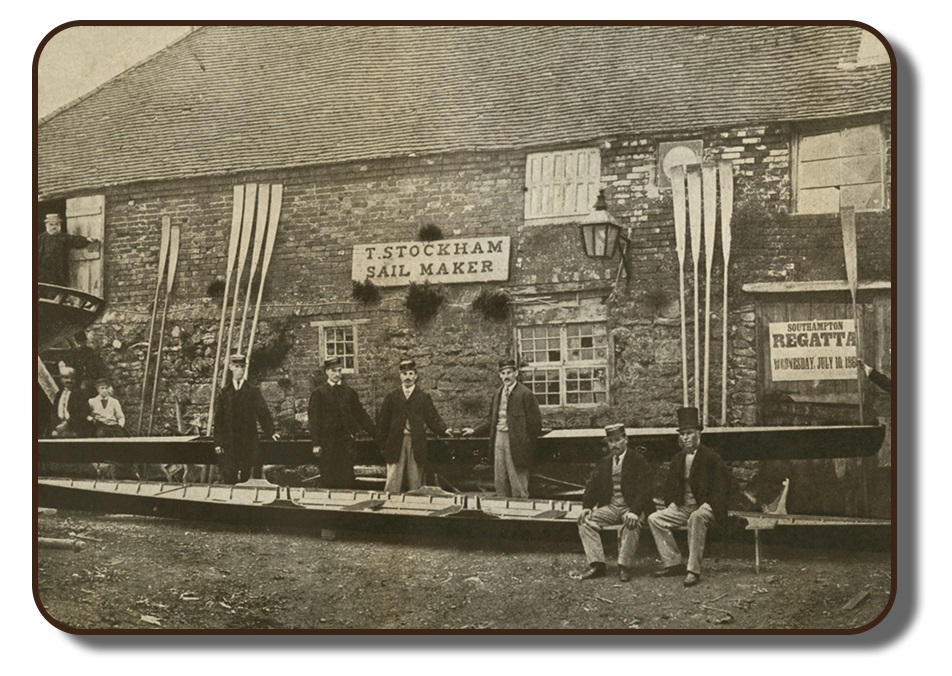 The team arrives in Southampton, England.

Why Paris? The International Rowing Regatta