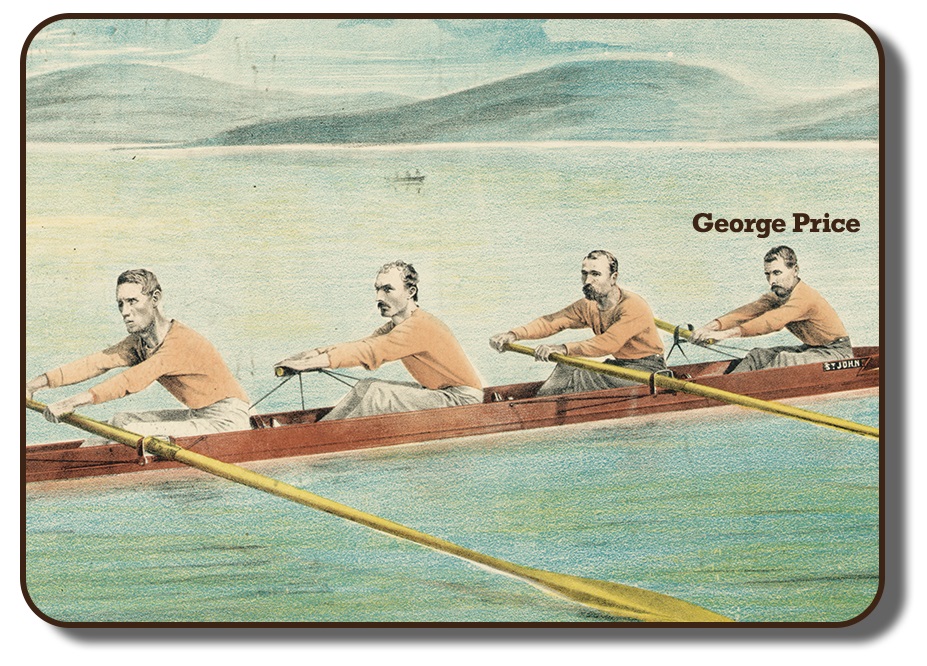 George Price was born in Saint John, New Brunswick on October 12, 1839. Little is known about his youth, but like many of the boys of the era he went to work on the water as a fisherman at a young age.  He was said to be stern and with fierce determination, qualities which helped him become a gifted competitive rower. 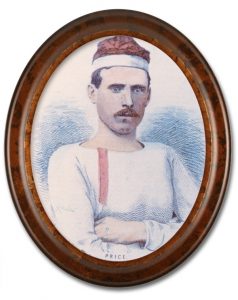 George rowed no. 1 bowman and being the oldest member of the team, he brought maturity and stability to the crew.  “…a man of generally rugged health and great physical strength and in aquatic sports in his day there were few who could excel him.” (Canadian Illustrated News, September 17, 1870).

He stood five feet, ten inches and in rowing condition weighted one hundred and fifty-four pounds.

He celebrated his twenty-eighth birthday shortly after when he and his team became World Champions.  The win occurred at the International Rowing Regatta in Paris, France and upon their return home they were hailed as hometown heroes and forever became known as “The Paris Crew”.

After retiring from professional rowing, George worked as a Canadian Customs House Officer and passed away on March 26, 1909.