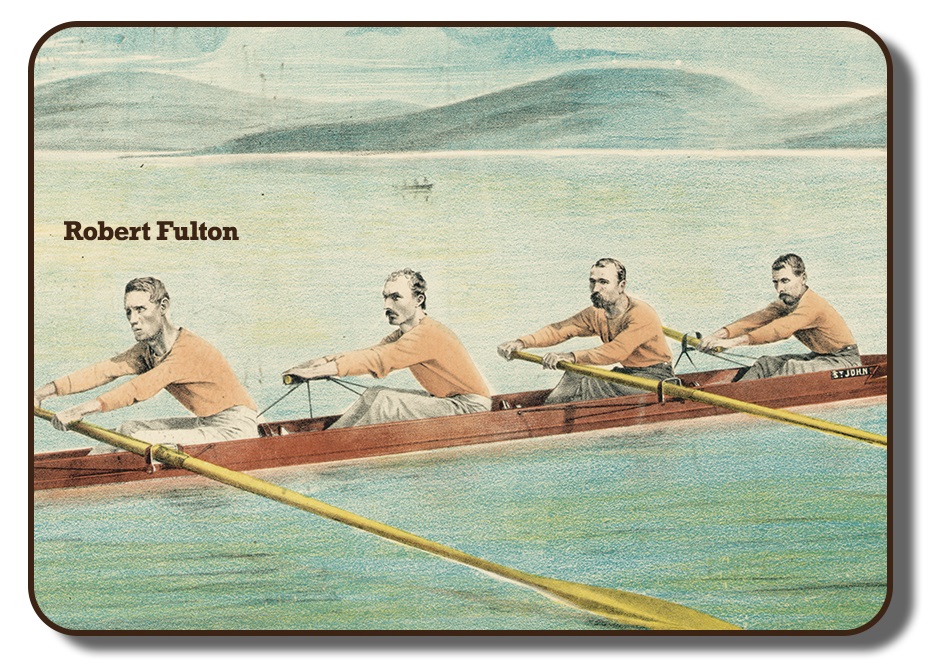 Robert Fulton was born in Saint John, New Brunswick on October 31, 1844. Little is known about his childhood, other than he went to work as a fisherman at age 16.  He was said to be tough as nails, a quality that allowed him to become a fierce rowing competitor. 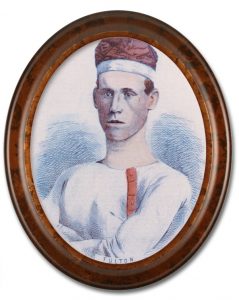 Robert rowed no. 4 stroke which meant that he set the pace in the boat.  His physical stature helped make him become a great oarsman.  The impact of his training and competition was evident as “…his face bears the impress of indomitable energy and pluck. His shoulders are broad, chest is well developed, and loins spare. In fact he is in every way beautifully proportioned, and would make a capital model for a sculptor.” (Canadian Illustrated News, September 17, 1870).

He stood six feet, one inch tall and in rowing condition weighted one hundred and sixty-five pounds. He celebrated his twenty-third birthday shortly after when he and his team became World Champions.  The win occurred at the International Rowing Regatta in Paris, France and upon their return home they were hailed as hometown heroes and forever became known as “The Paris Crew”.

After retiring from professional rowing, Robert took a government job as a customs agent. In similar fashion to his old crew mates; Samuel Hutton and Elijah Ross, he took up the sport of yacht racing. Robert passed away at the age of 61 on February 22, 1906 of heart failure.