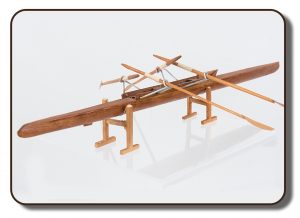 Rowing is a water sport which uses oars to propel boats or specially designed racing shells. Shells are usually classified for either sculling (two oars or sculls, one in each hand) or rowing (one oar, held by both hands). Sculling shells can either include single, double or quadruple people. 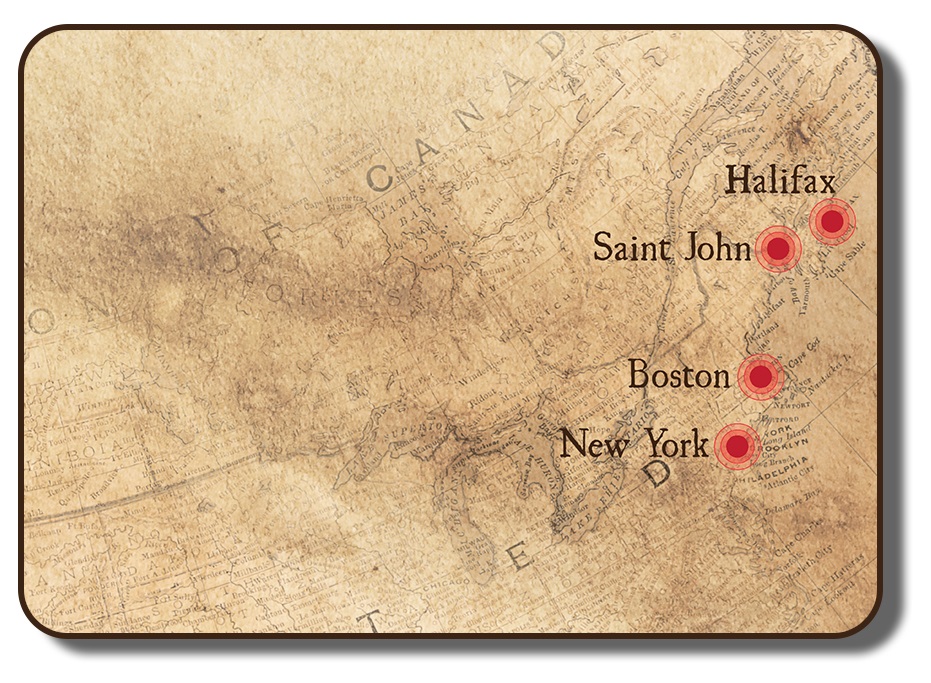 Early map of port cities on the east coast of North America during the 19th century.

In the 19th century, the economy of Saint John, New Brunswick (located on the Bay of Fundy), was dependent on water-based industries such as fishing, shipbuilding and shipping. The ocean provided not only a means of living, but also opportunities for recreation. Watersports were popular pastimes, rowing in particular, and participants employed their strength, knowledge of the water and skills in boat designing in local competition. Winners of local rivalries typically moved on to compete against teams elsewhere in the region. 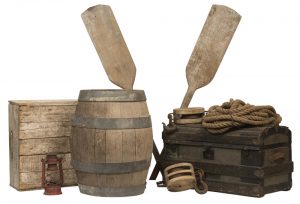 A sampling of typical rowing equipment from 1867 and supplies used during a Transatlantic journey at that time period.

George Price, Samuel Hutton, Elijah Ross and Robert Fulton rowed with several different crews, but in the summer of 1866 they joined forces at a rowing regatta dubbed “Father Dunphy’s Picnic,” and their victories were so commanding they were hailed for having what was considered an unbeatable combination.  Although the newly formed team was identified by several different names, over time they became more commonly known as the Carleton Crew.