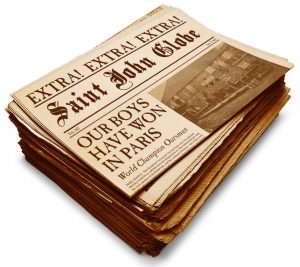 The news that “The Paris Crew” won in Paris arrives in their hometown.

Instantly, as word of the Carleton Crew’s stunning victories reached the shores of Saint John, the city erupted in celebrations. The team’s victories occurred just one week after Canada’s Confederation and as result they will forever be known as Canada’s First World Champions.

The whole province of New Brunswick, and much of Canada, rejoiced as the first victory in international competition was seen as a good omen for all of Canada.

The official celebrations would need to wait for nearly a month as the team made their way home from Paris.  On August 6, a steamer carrying the team arrived in Saint John, and news of their arrival spread like wild fire and soon thousands of onlookers cheered and gave the Carleton Crew a hero’s welcome.

The steamer docked at Reed’s Point with some six to seven thousand people jamming the dock to catch a glimpse of the returning oarsmen. At five o’clock, to the cheers of the crowd, they strode down the gang plank attired with their rowing garb.  Holding their oars aloft, they paraded through the city streets. The Fifteenth Regiment’s band struck up Hail to the Chief Who in Triumph Advanced. 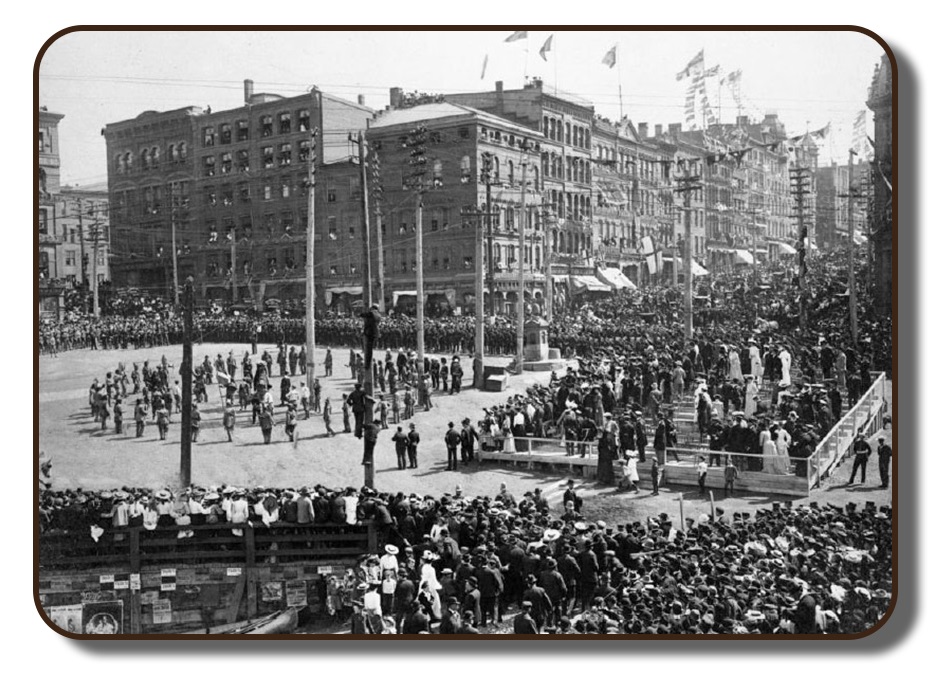 As there are no photographs of the celebration of their return home, a typical community-wide celebration on King Street in Saint John, NB during the late nineteenth century.

There was a fine display of bunting from public buildings… In the evening fireworks, bonfires and a fire balloon illuminated the heavens until a late hour. Carleton was in great spirits; nearly half of her population was on this side of the harbour during the afternoon and evening.

The feelings of many Saint Johners was summed up by a local journalist who wrote, “I don’t know how most of you felt when they started, but though I had confidence in their skill at the oar, I was afraid they might be beaten, and I tell you, Gentlemen, when the news was flashed across the cable that our boys had won, I could have wept for joy, and when the details of their victory came to hand I’ll not be sure my cheek was dry.” (Morning Journal, August 12, 1867) 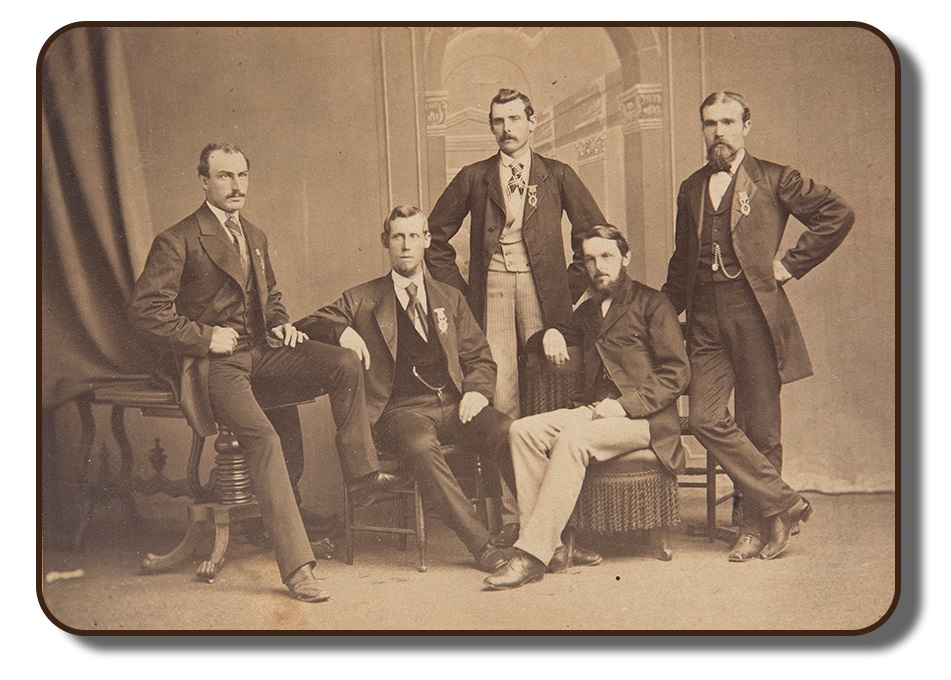 Would they be victorious? The Team’s Recognition