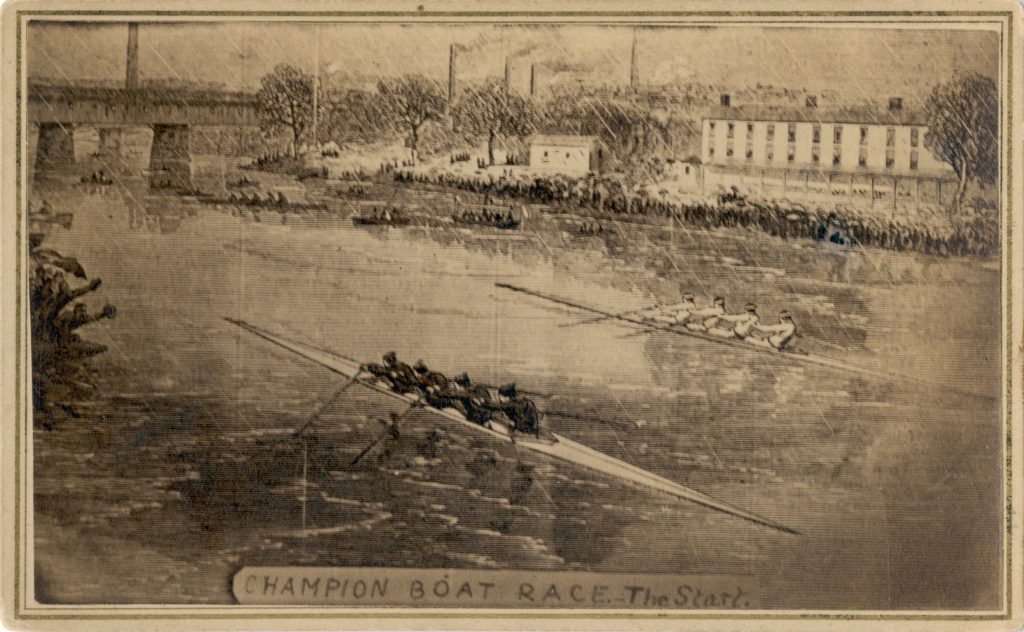 “The Paris Crew” at the starting line of the International Rowing Regatta in Paris, France.

The regatta was a display of aquatic feats to honour the International Exposition. The races were held on the broad waters of the Seine River, between the bridges of St. Cloud and Surennes, offering lots of viewing area for the intrigued spectators.

Over the course of two days, July 7-8, 1867, two classes were held.  The first for amateurs without distinction and the second for countries who held varying levels of competition. 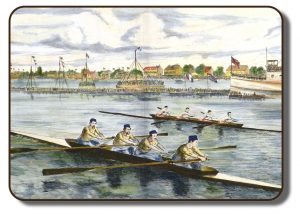 An illustration depicting rowing uniforms that were used during late 19th century.

Reproduction of the original pink rowing cap worn by “The Paris Crew”.

To top this off, they did not dress properly, as noted by a correspondent of the Manchester Guardian:

Among the strange looking people whom this regatta has brought together, not the least strange were the certain crew of four sturdy New Brunswickers – with their flesh-coloured jerseys, dark cloth trousers, leather braces, and bright pink caps, they were in striking contrast to their neat competitors.

The Journey Would they be victorious?