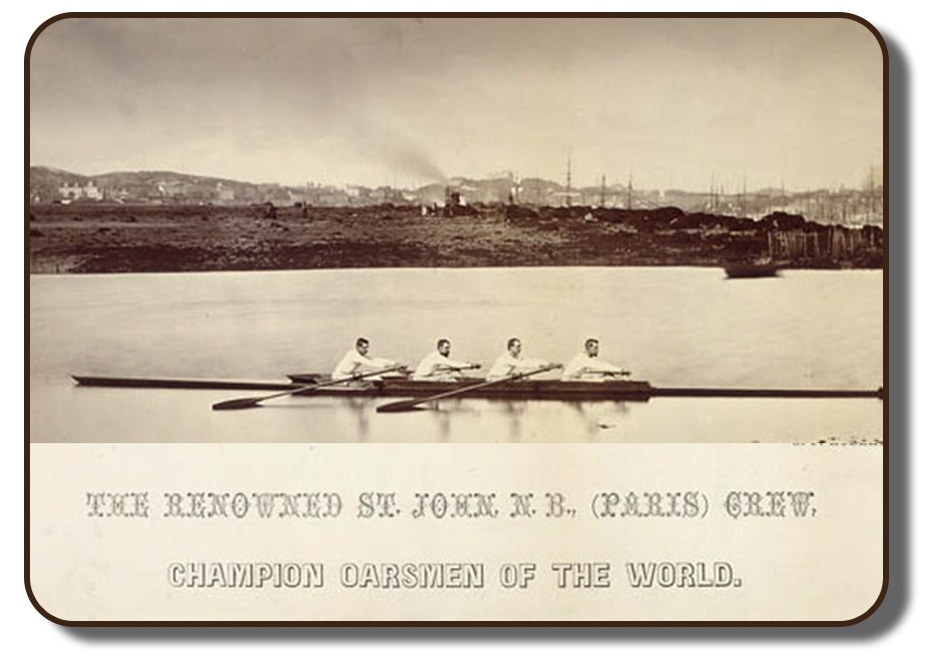 Poster of team after their win.

Although a few New Brunswick rowers gained attention from abroad prior to 1867, it was not until the stunning wins of “The Paris Crew” at the International Rowing Regatta and the fact they were celebrated as Canada’s First World Champions, did their status – which is still recognized – became absolute. The team’s underdog victories in Paris are recognized as the starting point for a long tradition of rowing excellence in New Brunswick and throughout Canada. 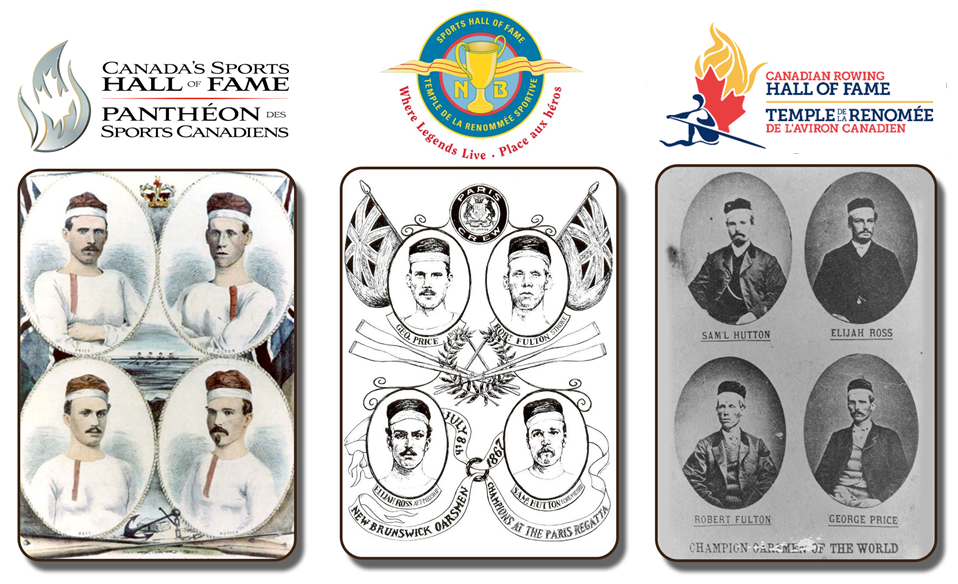 The official portraits used by the three Halls of Fame that “The Paris Crew” has been inducted into.

In bringing international renown and respect to our country in its infancy, “The Paris Crew” stirred feelings of national pride, connected citizens of this new nation from coast to coast, and helped forge a collective identity for Canadians.

In 1881, the Toronto Daily Mail argued that the Expo in Paris marked “the first occasion on which Canada had distinguished herself abroad with the oar, and the… victories… were hailed with enthusiasm from one end of the newly-created Dominion to the other.” Prior to the Crew’s first race against Newcastle in 1870, the Toronto Globe reported, “[p]perhaps since Confederation nothing has occurred which so thoroughly brings home to the broad mass of our people that our bold Maritime friends are now our fellow countrymen in name and fact. It is a glorious responsibility that is upon the Paris crew.

To be the first to uphold the strength, skill, pluck and honor of our country’s athletes.

The Community Rejoices The Team’s Legacy