In 1864, Emperor Napoleon III decrees that an international exposition will be held in Paris, France marking the culmination of the Second French Empire. This exciting event will be a rowing regatta and would be held as part of the festivities.  Rowers from around the world are invited to compete in the International Rowing Regatta of 1867.

Word from Paris made it’s way across the ocean and was announced in the local newspaper, “An international regatta on a magnificent scale will take place in Paris during the French Exhibition.” (Saint John Globe, January 1, 1867)

The article criticized the provincial government for not committing to send a New Brunswick contingent and challenged the citizens of Saint John to, at minimum, secure a representation at the regatta.

Within a couple weeks, the Mayor of Saint John invited all those interested in seeing New Brunswick represented at the regatta to attend a private meeting in his office. “Here is an opportunity that may never again occur to place St. John prominently before the world: therefore let all who take a pride in their country and its peerless oarsmen go to the Mayor’s office at 8 o’clock tomorrow, to encourage and assist the work in hand.” (Saint John Globe, February 21, 1867) 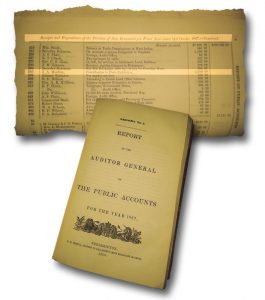 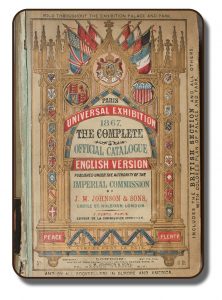 The excitement surrounding the event led the citizens of Saint John to raise over $4,000.00 to enter a team and eventually pressured the provincial government to contribute an additional $2,500.00. Sheriff J. A. Harding, who was both an enthusiastic sportsman and respected city official, was appointed as the team’s representative. Despite the financial contribution from the province, they chose to send “no elaborate works of art, no specimen of ingenious handicraft at the exposition.” (Canadian Encyclopedia)

As often is the case in sport and life, timing is everything, and for the Carleton Crew they were the easy choice. The team would be Paris bound!

The Team’s Formation The Journey