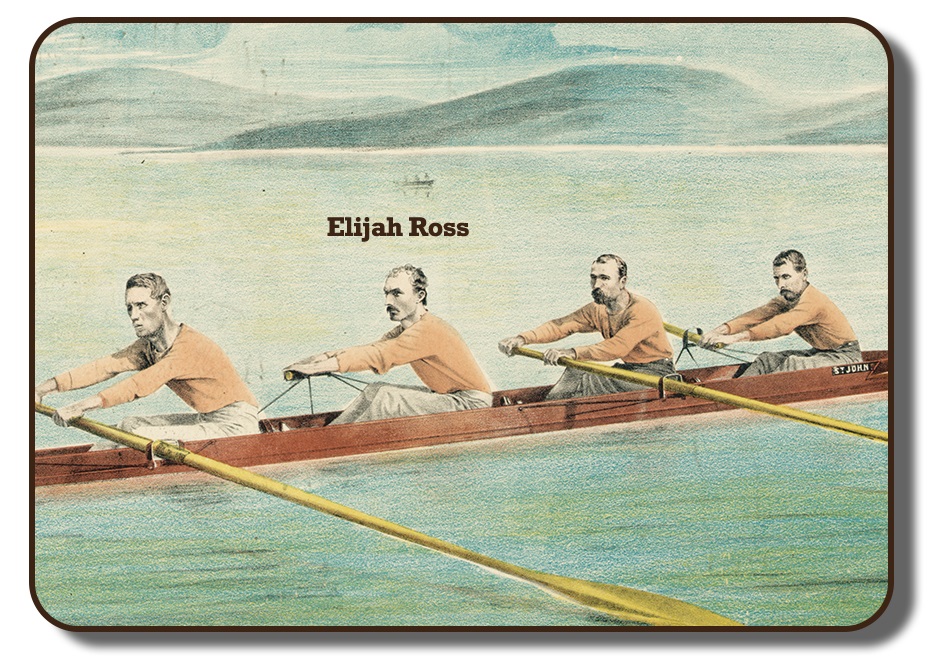 Elijah Ross was born in Parrsboro, Nova Scotia on August 17, 1845. At ten years of age, his family moved home to his father’s birth province of New Brunswick and eventually settled in Saint John.  As soon as he was old enough to work, he took a job as a lighthouse keeper.  This career choice, and his familiarity of working on the water, soon had him interested in competitive rowing.  He was said to have a work ethic that was matched by few others and this quality played an important role as he developed into a tireless competitor. 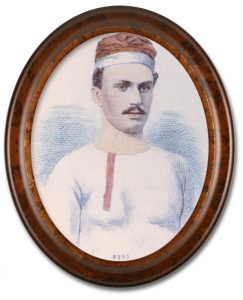 Elijah rowed no. 3 for the Carleton Crew and  “…his muscular development is immense, and his whole appearance is that of a well-trained athlete.” (Canadian Illustrated News, September 17, 1870).

He stood five feet, eleven inches and in rowing condition weighted one hundred and fifty-eight pounds.  He celebrated his twenty-second birthday within a month of when he and his team became World Champions.

The win occurred at the International Rowing Regatta in Paris, France and upon their return home they were hailed as hometown heroes and forever became known as “The Paris Crew”.

After retiring from professional rowing, Elijah continued to work as a light-house keeper and eventually developed a reputation as one of the best boat builders in the region. His status as a master boat builder was solidified in the 1880’s and 1890’s as the best racing crews of the day came to him to have their racing sculls built.  Elijah was the last surviving member of “The Paris Crew” team when he passed away at seventy-five years of age.