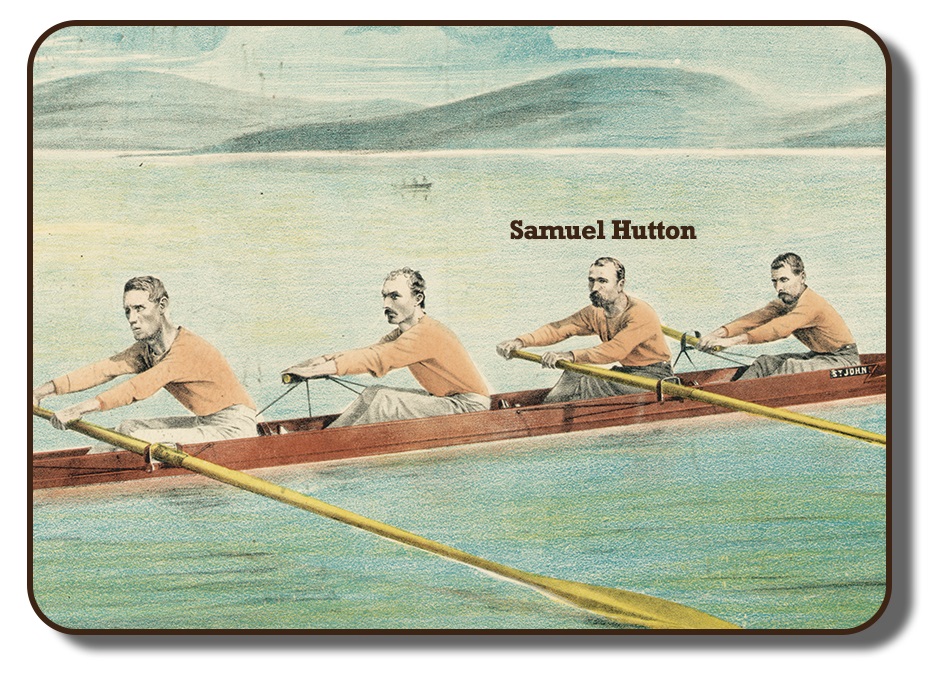 Samuel Hutton was born in Coleraine, Ireland on July 7, 1845. Samuel was just three years old when his family made the transatlantic journey to Saint John, New Brunswick, presumably to escape the Irish Potato Famine.  Although, not much has been documented about his youth, he began working as a fisherman at fifteen years of age.  While working on the water he became an accomplished oarsman and he quickly made a name for himself in competitive rowing.

Samuel won several competitions as an individual oarsman and soon many teams courted him for his strength. 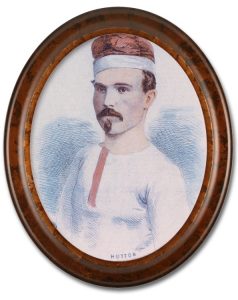 Samuel rowed no. 2 for the Carleton Crew and was described for his “…considerable development of chest and shoulders, and exhibits every appearance of great strength.” (Canadian Illustrated News, September 17, 1870).

He stood five feet, nine inches and in rowing condition weighted one hundred and fifty-seven pounds.  He celebrated his twenty-second birthday on the same day he and his team became World Champions.

The win occurred at the International Rowing Regatta in Paris, France and upon their return home they were hailed as hometown heroes and forever became known as “The Paris Crew”.

After retiring from professional rowing, Samuel took up yacht racing. Tragically he drowned at sea, when a sudden storm sunk his yacht, during a race on August 21, 1894.  His body was not recovered for several days and its identity was confirmed by the very pocket watch that had been awarded to him after becoming World Rowing Champion.