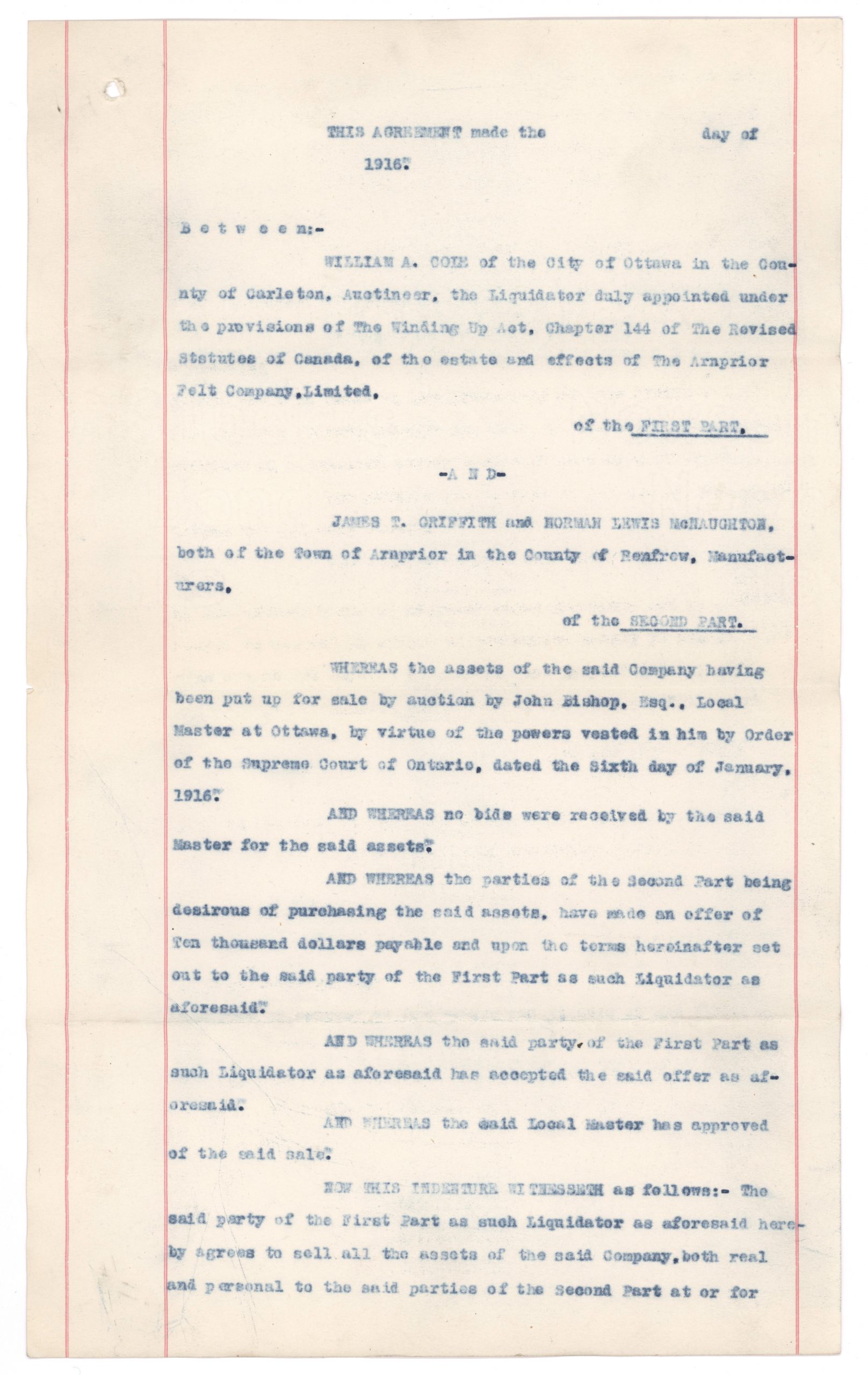 This 1916 document illustrates an agreement between William A. Cole, the liquidator of the Arnprior Felt Co.’s assets and effects, and James Griffith, formerly of the Felt Co., and Norman Lewis McNaughton shows the former was unable to start a profitable business.

Under the name of Griffith and McNaughton, Ltd. another factory re-opened at the William Street location later in the year.