Hatch and shed cellars are common in the Avalon region of the province, but can also be found in other regions. There is no standard for the design of the shed, and there are many forms present in Newfoundland and Labrador.

The foundations of these cellars are set into the ground at varying depths and lined with rocks or concrete. Above the cellar foundation, a shed is constructed allowing for above entry into the cellar through a hatch door located on the shed floor. Typically, a ladder is installed to provide easy access from the cellar to the hatch door. 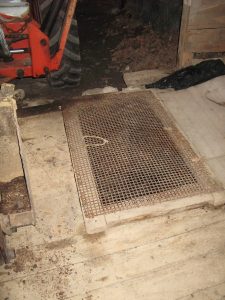 Some root cellars of this design do not use a hatch. Instead, the shed floor is composed of wooden beams and floor boards that are unfastened and removed to allow for entry into the cellar below. 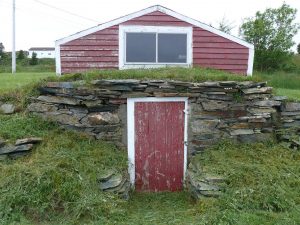 Sparkes Root Cellar in Bay Roberts was built in the late 1800s, and features a stone wall foundation that is dug and built into the ground with a ground level entry. Like many other cellars, they often have a double door entrance, which creates a small porchway allowing for a barrier between the cellar door and the frost.

The Sparkes cellar was used by the family for generations to store vegetables. The wooden shed structure above the cellar serves as additional storage space and can be accessed from a hatch inside the cellar. 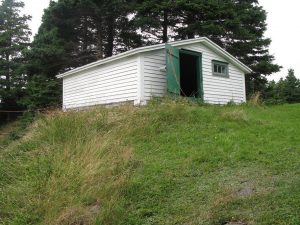 Exterior of the English Root Cellar in Colliers, September 2011.

The English Root Cellar, located in Colliers, was built in the late 1800s or early 1900s. This cellar design is a shed structure with a hatch entrance and ladder into the cellar below. It appears as though the hatch entrance is incorporated into the floor beams. The cellar itself is built down into a hill feature on the landscape and has stone walls, and measures 2.8 metres by 3 metres. 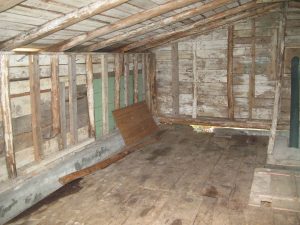 Interior of the English Root Cellar in Colliers, September 2011. 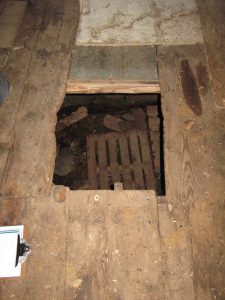 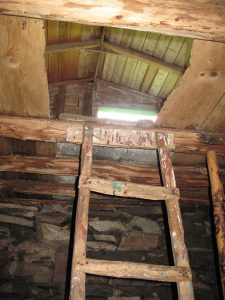 The cellar was originally built by Richard Skanes, whose son, also named Richard “Dick” Skanes, had lived in the cellars upper shed with his wife Nora for three years while they awaited the construction of their house to be completed on the property. Dick and Nora lived in the shed with their niece, Marguerite Whelan. While they resided in the shed, the pair kept many vegetable gardens and used the root cellar below to stock up on their harvested vegetables to feed themselves and Marguerite throughout the winter months. After the house was completed, they moved out and the shed was used to store hay.