The antecedents of today’s root cellars date back to the first arrivals of European settlers in North America. English and Irish settlers built these structures early upon their arrival after realizing that the climates of North America were quite different than those they were used to.

In Jamestown, Virginia, settlers at the Colony of Virginia built cellars shortly after their arrival in 1607. Aside from storage, cellars were used for metallurgy, blacksmithing, and processing animals for consumption. The colonists ate wild game and fish, evidenced by substantial amounts of bobcat and sturgeon fin bones. Some cellars at the colony were constructed by digging pits into the clay sediment or built with brick walls with structures erected on top of them.

The specific term “root cellar” was in common American use by 1767, when an advertisement in the The New York Journal or General Advertiser offered for sale a house which had a “root cellar 22 feet by 11 feet, stoned up all around.” On 28 October 1771, The New York Gazette and the Weekly Mercury advertised a farm for sale on the Hudson River with about 300 apple trees and a good “root cellar.” 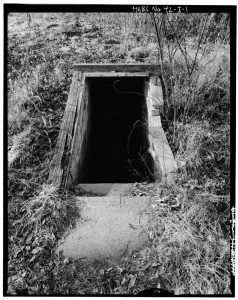 It may have taken longer for the phrase to catch on in Newfoundland, though clearly there were cellars in use at that time for the storage of crops. In 1790, Governor Milbanke discovered that a certain Alexander Long had, without permission, erected a house. Of the structure, the owner claimed,

…it was intended only as a covering to his potato cellar, though there is a complete chimney, if not two in it, and lodging for at least six or eight dieters.

By the mid-nineteenth century, “root cellar” had entered common North American speech.  Plans for a model farm drawn up by the United States Department of Agriculture in 1868 included a root cellar, referred to as such, for the storage of “bushels of roots, safe from frost and not warmer than the surrounding earth.”  In Newfoundland, a handy 1878 article on how to store potatoes in the Harbor Grace Standard noted,

Moisture is favorable to heating; and, hence it is best to have the potato thoroughly dry before storing, if any considerable quantity is to be put away, in bulk. Thus, if they are spread on a barn floor, or other cool place, out of the sun, before putting in the root cellar, they will be safe against rotting.

The golden age of the root cellar had arrived. 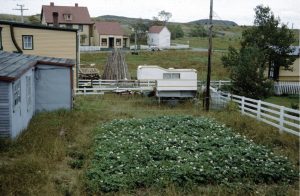 What is a Root Cellar? Heritage in the Ground: The Archaeology of Newfoundland’s Root Cellars