Even with entertaining distractions like television and rock ‘n roll in the 1960s to the youth in town, their parents stressed the importance of getting a good education. This was particularly true for immigrant parents, who wanted to see their children have more opportunities than they did. This was a point of family pride, and showed that they were successful in Canada. 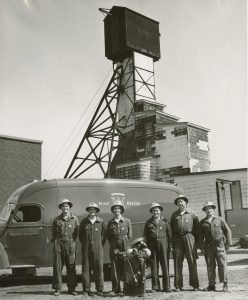 “Many of the young people from Pigtown did well for themselves because their parents encouraged their children to get an education so that they wouldn’t end up as underground miners like many of their fathers.”

Kirkland Lake Collegiate and Vocational Institute was more than just the local high school with a reputation for academic excellence. It was practically a second home to the teenagers from town and neighbouring communities. It was also a unifying factor and became a part of their identity as much as their home life and cultural heritage.

Despite the wishes of their parents, dozens of young men ended up working at the mines after high school, or even leaving school early to join the workforce in the early 1960s. 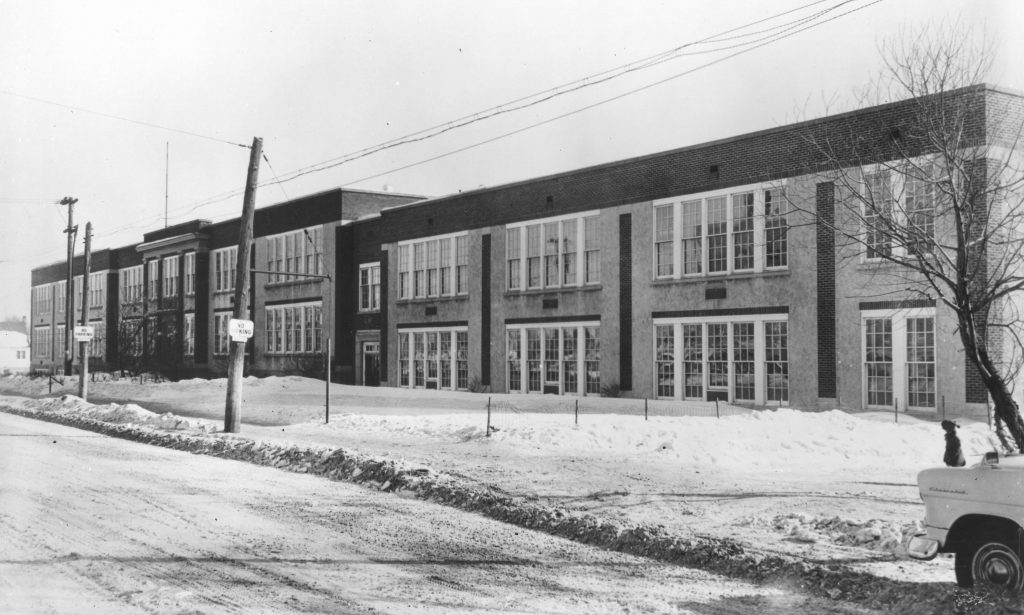 Kirkland Lake Collegiate and Vocational Institute during the 1960s

Access to higher education was not always possible locally. A large portion of young people needed to move away from Kirkland Lake to pursue a post-secondary education. Most migrated to the larger cities of Southern Ontario. Life after college and university did not always mean a return to Kirkland Lake for a career. 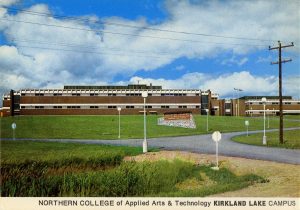 In attempts to diversify the local economy and to stop this outmigration of the youth, the Northern Ontario Institute of Technology and Northern College opened their doors in Kirkland Lake in the 1960s.

The population continued to drop slowly, but for a small community, it was still able to offer much to the residents who remained – at least for a little while longer.