The Great Depression of the 1930s created large-scale unemployment across Canada and around the world. A drought devastated the prairies. Entire families migrated across the country looking for work and a new place to call home. 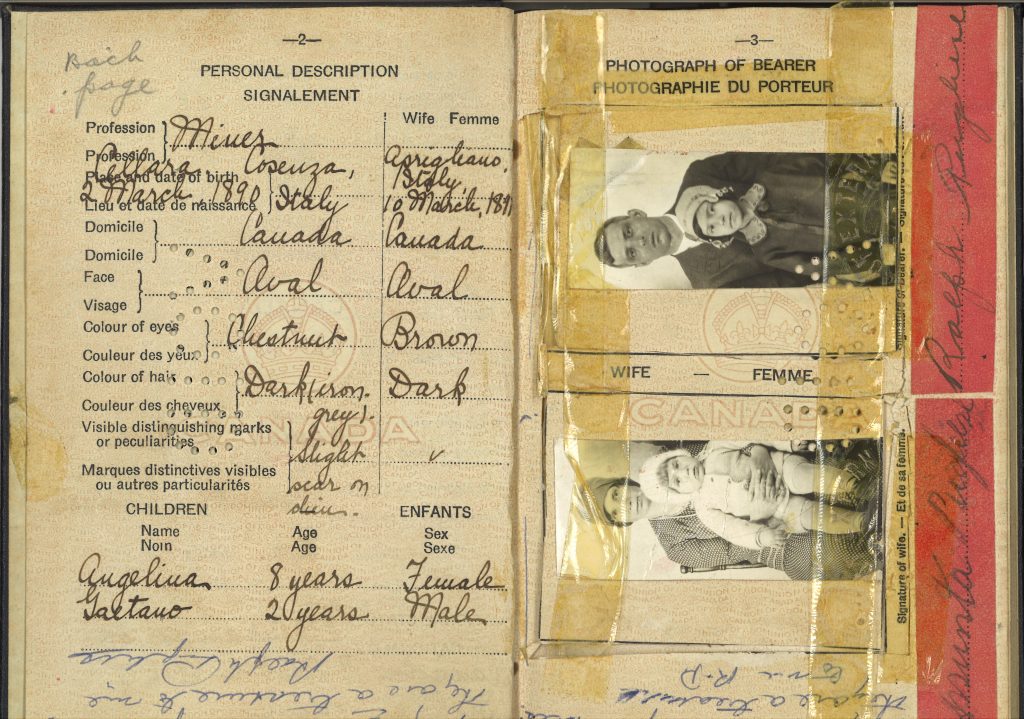 Inside pages of Ralph Pugliese Passport, 1930

But Kirkland Lake was unique in its role as a gold producer.

Countries began to reduce trade with other countries and many like Canada and the United States looked to increase their gold reserves. This inflated the price of gold from $20.67 per ounce to $35.08, leading to more production at the Kirkland Lake mines. To keep up with demand, new mines like the Macassa and Upper Canada opened in the Kirkland Lake area. The economic success from many stable mines meant people were willing to make the move to Kirkland Lake with their families in tow.

Sid Hamden, a long–time resident of Kirkland Lake, recalls his experience as a youth when his family moved from Saskatchewan to Northern Ontario during this time.

Hamden Family Journey to Kirkland Lake (close captions available in both French and English). Enjoy this video with an English transcript.

A Gold Standard During the Great Depression

With seven major gold mines now producing along The Mile of Gold, the town was showing no signs of slowing down its growth. These were Kirkland Lake’s boom years!

Once again, rumours of the town’s good fortunes spread due to promising newspaper articles. Soon workers were coming from across the country as the Depression continued. 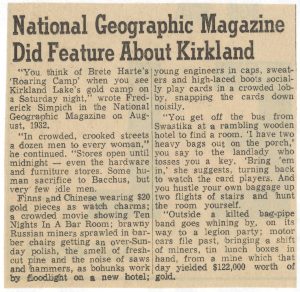 With high unemployment in Canada, immigration to the country had slowed to a crawl.

Most immigrants seeking a job in Kirkland Lake had arrived earlier in Canada.

The 1932 census listed about 1,000 transients living in tents on the outskirts of town and looking for work.

Some would be lucky to find employment and send money home to their family, while others had no choice but to move on. 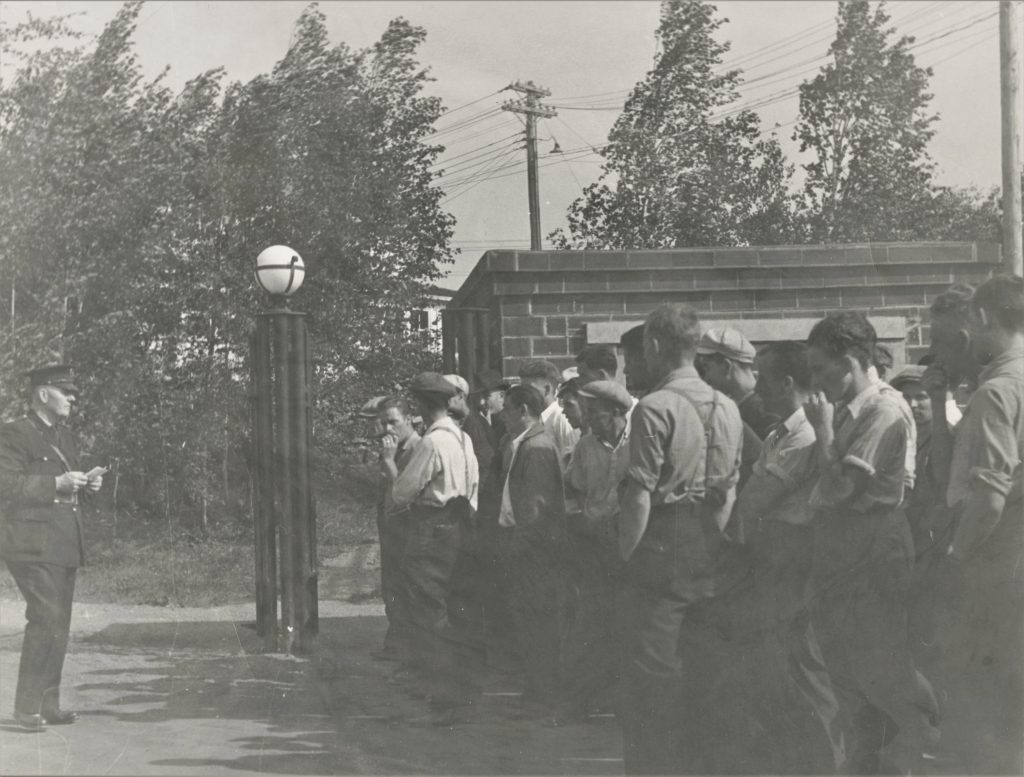 Kirkland Laker and author Stan Zima shared his father’s experience during that time:

“My dad was one of seven boys and the son of a farmer. He met my mother at a local church close to where my mother lived in Poland. He was the only son who left Poland to come to Canada. In 1933 he signed a two-year contract to work on a farm in Saskatchewan. The day that his contract expired, he headed east to the mines in Northern Ontario. He then brought my mother to Canada and to Pigtown.” 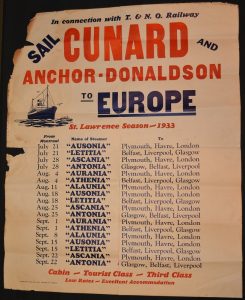 “Pigtown” was a small village at the south end of Kirkland Lake with about 25 homes, named after the pigs raised by the area families. Other nicknames for the settlement were “ Cabbagetown ”, or “ Benetovo Selo ” – Serbian for “ Bennett’s Village ”, so named after the Prime Minister during the Great Depression. Stan explained:

“Most of the families of Pigtown came from hardworking immigrant families – places like Yugoslavia, Ukraine, Czechoslovakia, and Poland. Most of the men in Pigtown worked underground in the local mines.” 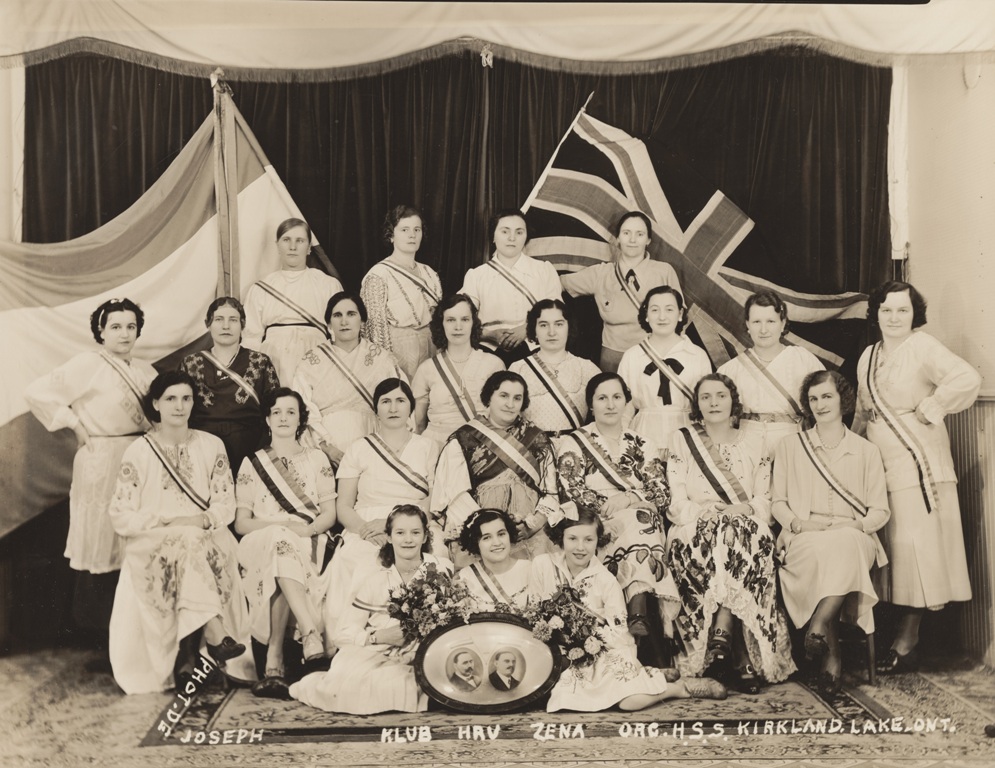 Open for Business and New Experiences

The mines were the main employers in the community, but business was booming all over Kirkland Lake.

New businesses and services like grocery stores, car dealerships, gas stations, and other retailers expanded uptown along Government Road and into the residential areas of Main and Wood Streets. 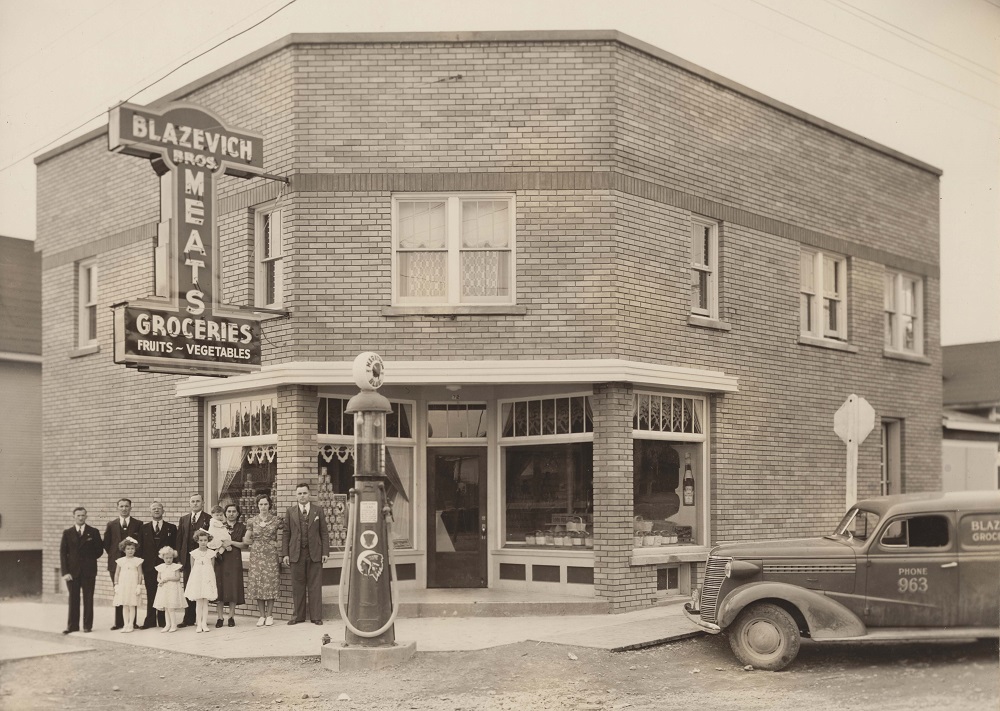 A look through a 1930s phone book shows the presence of many ethnic groups in the community, from business names and social clubs, to churches and personal residences.

Kay McCrimmon moved to Kirkland Lake for a teaching position during this period.

“My arrival in Kirkland Lake brought me to a completely different world: a world of forests, rocks, lakes and mine shafts. It was a cultural experience for me to learn that the population of 23,000 people consisted of at least 26 nationalities that blended together as a closely-knit community, through preserving their culture through such centres as the Italo-Canadian Club, Polish Hall, Legion Hall et al. There were well established churches – United, Presbyterian, Anglican, Polish, Ukrainian, English and French Roman Catholic and the Jewish Synagogue.” 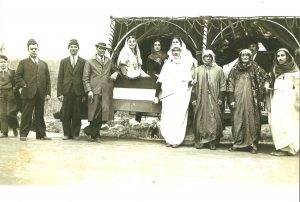 Syrian float in the Coronation Parade of 1937 in Kirkland Lake

An example of the community coming together was during the festivities for the Coronation of King George VI.

As Sid Hamden remembers, support for the British monarchy and patriotism were on full display that day.

The many peoples that made up the Kirkland Lake community proudly represented the cultures of their homelands in a parade.

Coronation Celebration in Kirkland Lake (close captions available in both French and English). Enjoy this video with an English transcript.

Family-owned corner and grocery stores were common in all neighbourhoods, selling food that was both commonly Canadian and international in flavour. Entrepreneurs like the Kaplans moved on from their general store to own several theatres in Kirkland Lake, entertaining residents with live shows and movies. Merchant families opened over a dozen clothing stores in town in the 1930s, making Kirkland Lake the fashionable place to shop for both locals and people from the surrounding communities.

Memories of Downtown Kirkland Lake (close captions available in both French and English). Enjoy this video with an English transcript.

By 1939, Kirkland Lake had a population of 24,113. The community was not only spared from the economic impact of the Great Depression – it thrived.

Charlie Chow – Hotelier and Hometown Legend A Change in Fortune