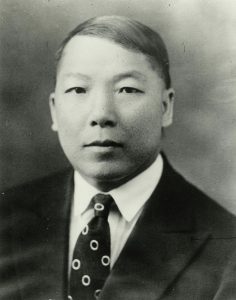 The town still attracted interest in those who saw the potential of the small community.

Charlie Chow was one of these people.

He arrived as a young man in Canada in 1900. Because of Canada’s exclusionary immigration policy at the time, anyone emigrating from China had to pay a head tax of $100.

But this did not deter him. He was one of many newcomers who followed the prospecting, lumbering and railroad-building gangs into Ontario’s North. 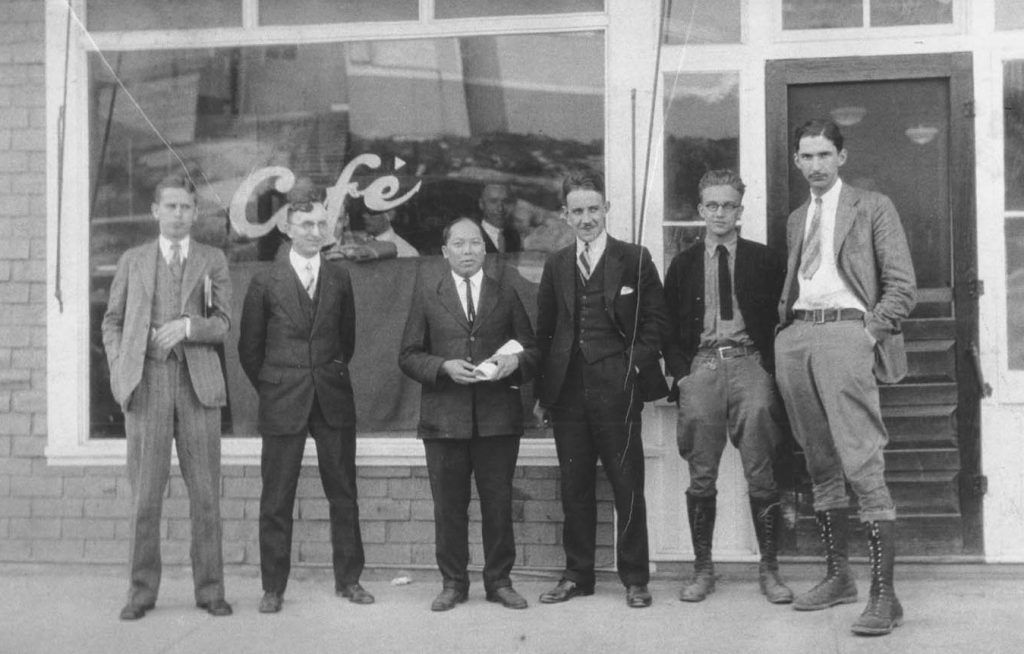 He would arrive in Kirkland Lake in 1916, opening his first café and lunch counter in rustic surroundings. Men who lacked money sometimes paid for their meal with mine shares.

With much success, Charlie opened a full-sized restaurant with an attached hotel in 1924. Charlie’s Hotel had a reputation for good food and hospitality across the region, and helped to increase business in the downtown for locals and travelers alike. 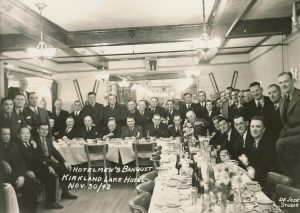 He was a member of a regional hoteliers association and a well-respected wealthy businessman. One of the most well-known stories associated with Charlie Chow had to do with his habit of keeping large amounts of money onsite at his hotel.

In the 1950s, a terrible storm delayed the train that was carrying the payroll for local miners. Knowing that this would cause problems for his customers, the manager of the Royal Bank arranged a loan of $250,000 from Charlie, who provided the money in small bills, and saved the day.

Charlie’s Hotel was in business for over 40 years, and closed several years before Charlie’s death in 1972.