”Toronto? That’s just the place you go to get the train to Cobalt.”

(A popular phrase during the Cobalt silver rush)

Construction of the Temiskaming and Northern Ontario (T&NO) Railway began in 1903, with a route that wound its way north from North Bay to the rich agricultural land of the Little and Great Claybelts in what would later become the districts of Temiskaming and Cochrane.

It was hard work and long days for those tasked with building the railway. Some of these young men were recent immigrants who were unable to find work in the cities of Southern Ontario. 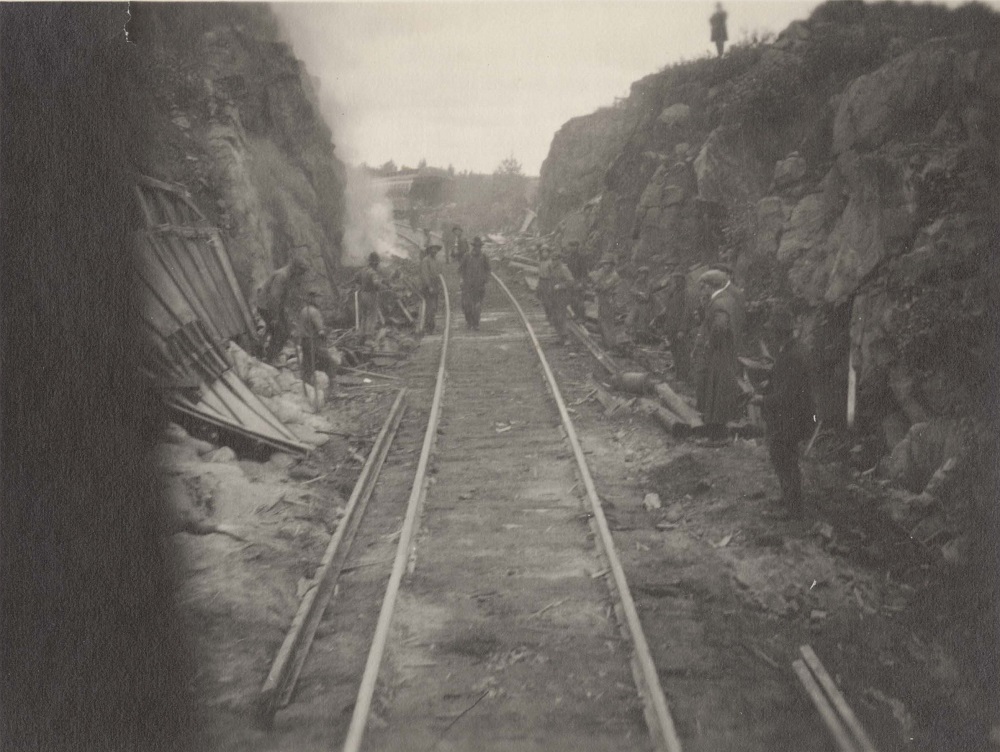 Construction of the Temiskaming and Northern Ontario Railway, ca. 1906

Another way to attract workers for the railway gangs of Northern Ontario was to hire European men using work contracts. These contracts were often organized by their fellow countrymen who had moved to Canada years before and had since become naturalized citizens.

Employment agencies, especially in rural areas of places like Italy, had a steady flow of recruits looking for secure jobs that would help them support their family through remittances.

A Boom Town is Born

A discovery of silver was made that same year by men supplying railway ties for construction at the 103 Mile point. This would kick off a silver rush to the newly named town of Cobalt. 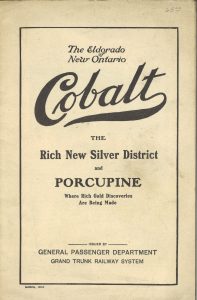 Pamphlet about the silver mines of Cobalt, 1910

The allure of striking it rich was enough that some of the workers building the railway quit their job to take up prospecting. They would soon be joined by thousands of other men and women trying to seek their fortune.

Prospectors, miners, and entrepreneurs from across Canada and beyond – some who had experience in other mineral rushes and boom towns – would go on to open up Northeastern Ontario in a way beyond the government’s original plan of farming.

The Cobalt silver rush sparked renewed interest in the original geological surveys of the Kirkland Lake area from decades earlier. Prospectors began to stake claims in the area near Swastika and Larder Lake, and all points in-between.