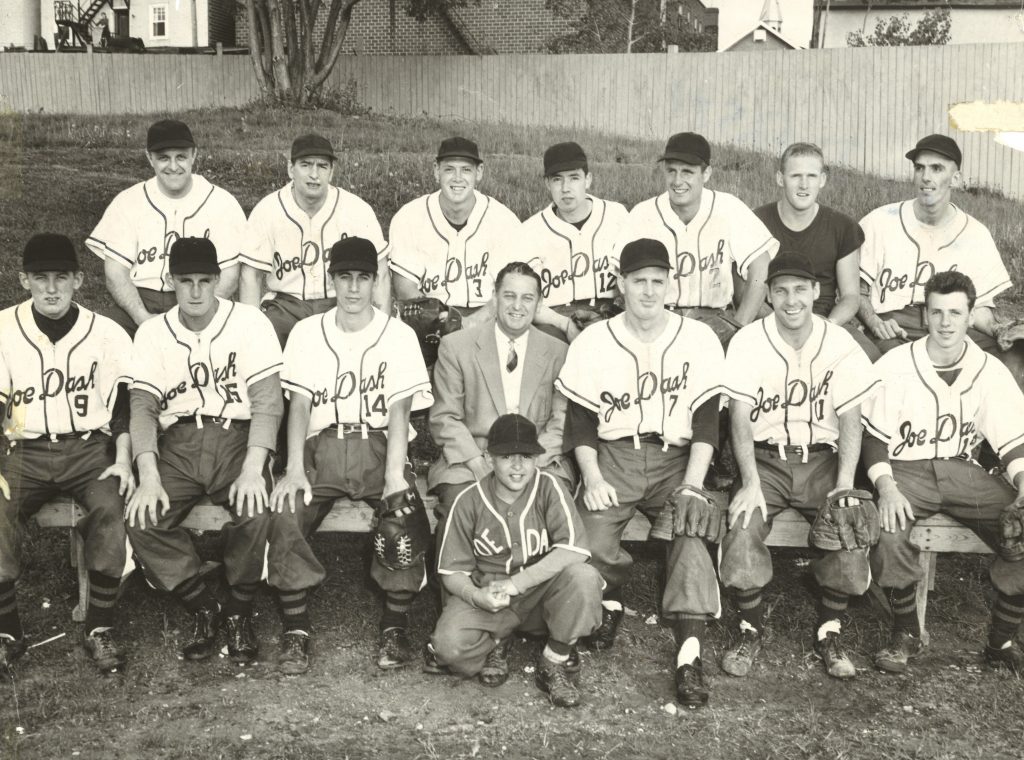 Despite the challenges of the previous decade, Kirkland Lake and its people remained a strong community. The Canadian economy quickly rebounded after the Second World War, with new infrastructure, industry, and building projects across Ontario creating jobs for tens of thousands.

National immigration policy at the time continued to prioritize the resettlement of those from Europe over refugees from elsewhere. 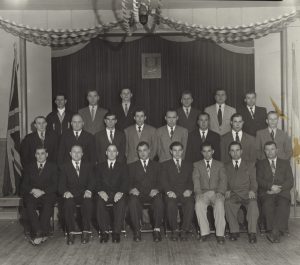 Many Europeans were eager to relocate to Canada to escape the hardships of a still recovering post-war economy in their own countries.

In the case of Eastern European countries, people were hoping to escape Soviet rule.

The majority of immigrants and refugees stayed in larger urban and industrial places like Toronto and Hamilton after their arrival in Ontario, but some were willing to travel to rural areas.

Kirkland Lake was able to attract some of these newcomers. It was a busy town, and its mines, industries and businesses continued to need new workers. Gold production slowed since its peak year in 1941, but the mines remained open during the 1950s and most of the ‘60s as the main employers in the region. The town offered a safe place of steady work, good schools, and plenty of activities for families. 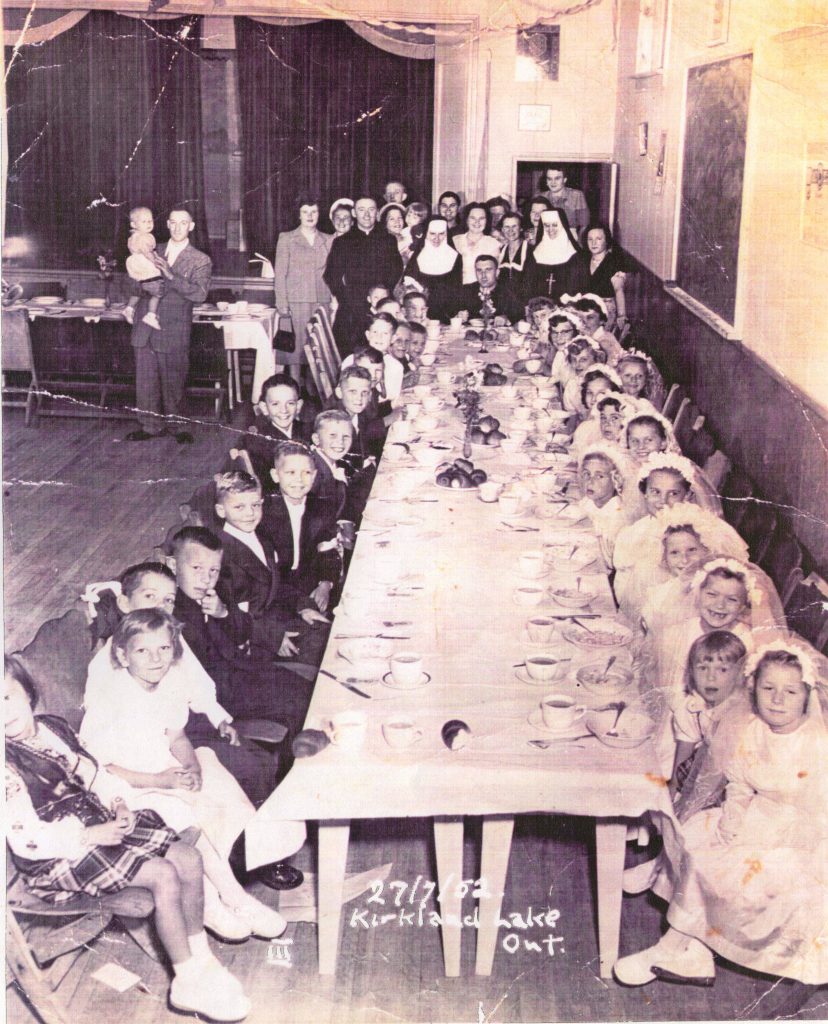 First Communion Dinner at the Ukrainian Hall in Kirkland Lake, 1952

Marriage in a Mining Town

As in earlier years, many of these British and European immigrants signed 2-year work contracts with the host nation. After the contract was complete, the worker would be able to move to where they wanted in Canada. The married workers who chose to stay in their new hometown of Kirkland Lake brought over their wives and children soon after. 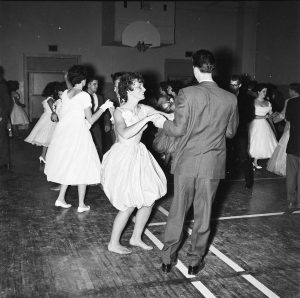 While chain migration continued for some, other people found their future spouse in Kirkland Lake. Groups like the Italo-Canadian Club held dances where younger men and women of Italian heritage from across the district could meet and mingle.

Since Kirkland Lake’s early days, there were also opportunities for residents from different backgrounds to connect. This was made easier through communal places like school and work, and even social events like dances and festivals.

A Change in Fortune Post-War: Language and Culture