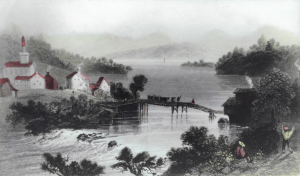 Magog is a city located at the outlet of Lake Memphrémagog in the Eastern Townships region of the province of Québec (Canada). It is this geographical location that inspired the two names attributed to the city over the years, “The Outlet,” and “Magog”. The latter name is likely a derivation of the Abenakis place names “Namagok”, (salmon trout) or “Mamhlawbagak” (vast lake).[1]

Indigenous peoples occupied the Lake Memphrémagog region from as early as the Paleoindian era (12000 to 8000 BC). Throughout the 17th and 18th centuries, this region was part of the Abénakis hunting territory. The start of colonisation in 1792, following the proclamation by Lieutenant-Governor Alured Clarke, and the creation of the Eastern Townships, hindered the free movement of the Abénakis hunters and gatherers. They did not occupy the territory on a permanent basis, thus facilitating the arrival of colonists and their progressive appropriation of the area. [2]

The first known fixture at the outlet of Lake Memphrémagog was a fish dam, probably constructed by an Abénakis nation. According to Nicholas Austin, a Quaker, this dam had been abandoned by the time of his arrival in 1795. Austin, an early pioneer of American origin, did not settle there and sold his land and the mill he had built on it to Ralph Merry III, originally from Massachusetts. The latter arrived at the Outlet with his family in 1799, and was a key figure in building the foundations of a nascent hamlet.[3]

As was the case with several Eastern Township villages, Magog was founded by pioneers of American origins, and would then go on to welcome British, Scottish, Irish and French-Canadian settlers.

The pictures and plans below illustrate the nature of the town’s population and the growth of Magog over a period of about one hundred years. And finally, because this exhibit deals with the evolution of education, we have circled the different schools on the various maps, in order to help you locate them within their surroundings. 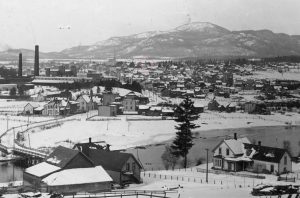 Aerial view of the town of Magog in 1929. (Click on the image to learn more about each of the schools that are circled and numbered) Source: Maurice Langlois Private Collection.

Magog via its Plans and Maps

Township of Magog, created in 1849 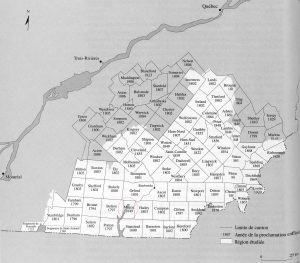 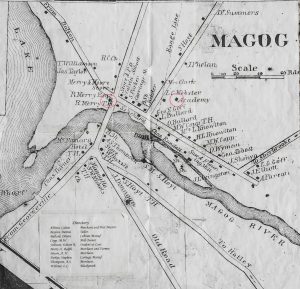 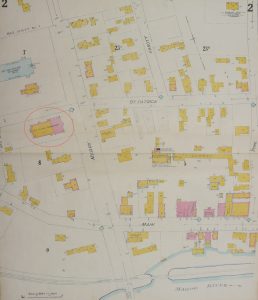 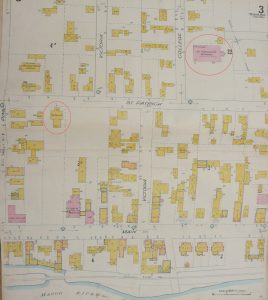 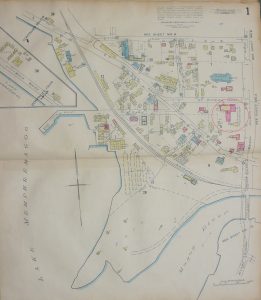 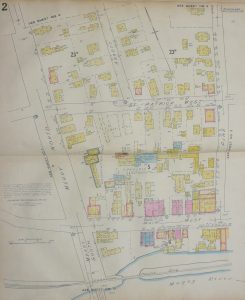 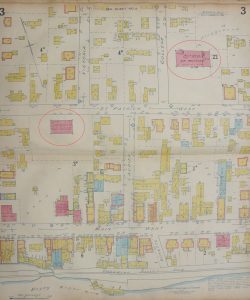