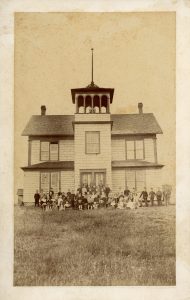 The Magog Academy from 1856 to 1865. At that time, the façade was facing Main Street. Source: Magog Historical Society, PR081 Merry Family Collection.

The year 1855-1856 represented another key moment, as much for the history of Magog as for its educational organisation. The name “Outlet” was discarded in favour of the name “Magog,” which would officially become the municipality of the County of Magog. This change in status was followed by the creation of the County of Magog Protestant School Board which enabled the village of Magog to build a new school.

Several distinguished citizens including Samuel Hoyt, Calvin Abbott, Moses W. Copp and Ralph Merry V (the nephew of  Ralph Merry IV) organised a fundraiser aimed at building a “model” school to replace the little red schoolhouse constructed some 30 years earlier. It is in this way that the Magog Academy came into being and welcomed its first pupils on December 1, 1856. Sixty-one students attended this school during the 1856-1857 school year.[1]

A board of five trustees, elected on an annual basis, were in charge of the school. [2]. In addition to the Magog Academy, they were also responsible for ensuring that the country schools being built across the region were functioning smoothly.

Located on Main Street, the building was made of wood and consisted of two floors. In 1861, the “Good Templars Hall” was added and served as an assembly hall. Keep in mind that schools also served as sites for public meetings. Thus, it was at the little red schoolhouse where Alvin H. Moore called the meeting in 1855 during which the name of Magog was adopted by the citizens of the village.[3] Eventually, the façade of the Magog Academy was moved to the rear when rue Goff was extended and became Saint- Patrice Street.

The Magog Academy remained active until 1928, when it was replaced by Magog High School. 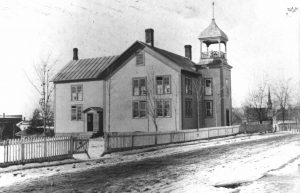 The Magog Academy after 1865. In the photo, the front is facing the extension of  Geoff Street (which became Saint- Patrice Street). Source: Magog Historical Society, PR002 Collection Bibliothèque Memphrémagog\Album 3\photo # 476

Students of the Magog Academy 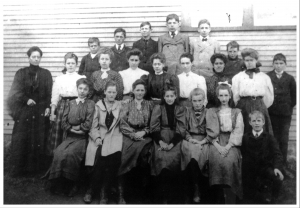 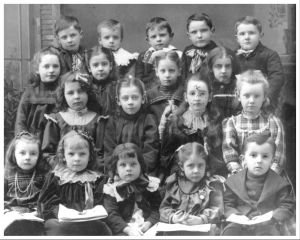 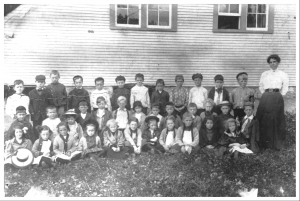 Advertisement for the Magog Academy

As this advertising poster shows, the Magog Academy offered courses in English, French, Latin, drawing and music, as well as boarding services. 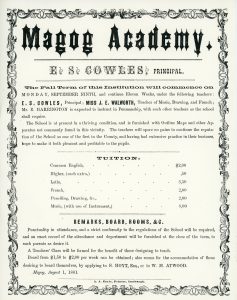