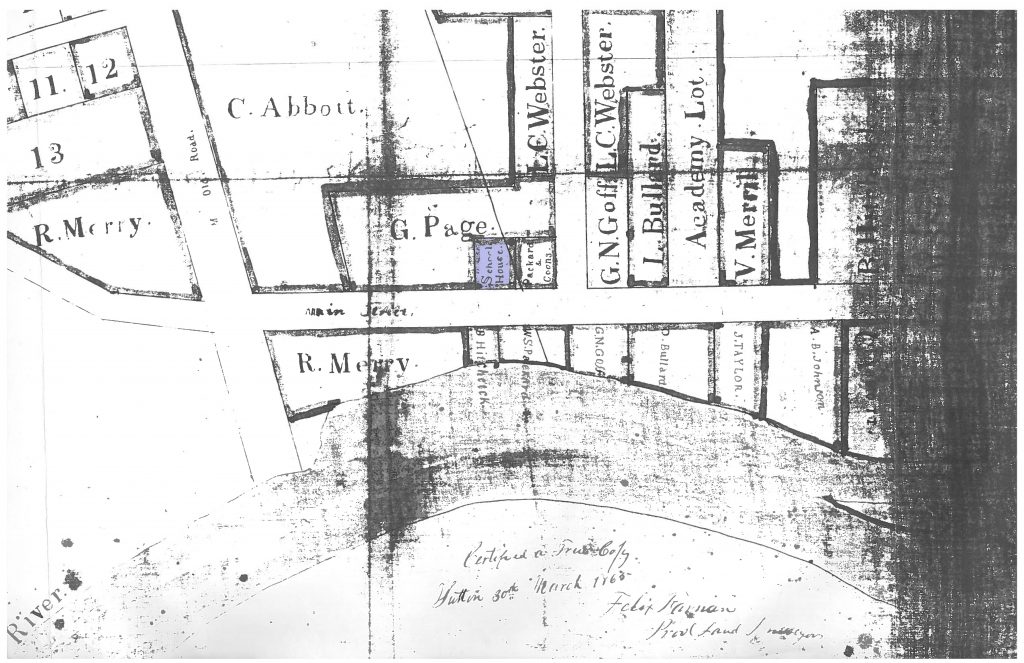 The year 1824 represented a pivotal moment because it was marked by the construction of the first school in the Outlet. It is in the personal journal of  Ralph Merry IV that it is mentioned for the first time, in an entry dated July 8, 1824: “the schoolhouse is raised at the Outlet; the first I suppose that was ever raised in East Bolton.”[1] Built on Main Street, near the present CIBC, it was painted red, and thus became known as the “Little Red Schoolhouse.”

Almost no information about this school has survived. Consequently, very few authors have been able to add any details to Ralph Merry IV’s mention of it. Louis-Philippe Audet notes that 33 students attended the school in 1830.[2] Although it is impossible to identify the state of this school with any certainty, Alain R. Roy suggests that its construction and maintenance were likely assumed by the Royal Institution.[3] Finally, no illustrative sources were produced before the destruction and replacement of the school by the Magog Academy thirty years later.