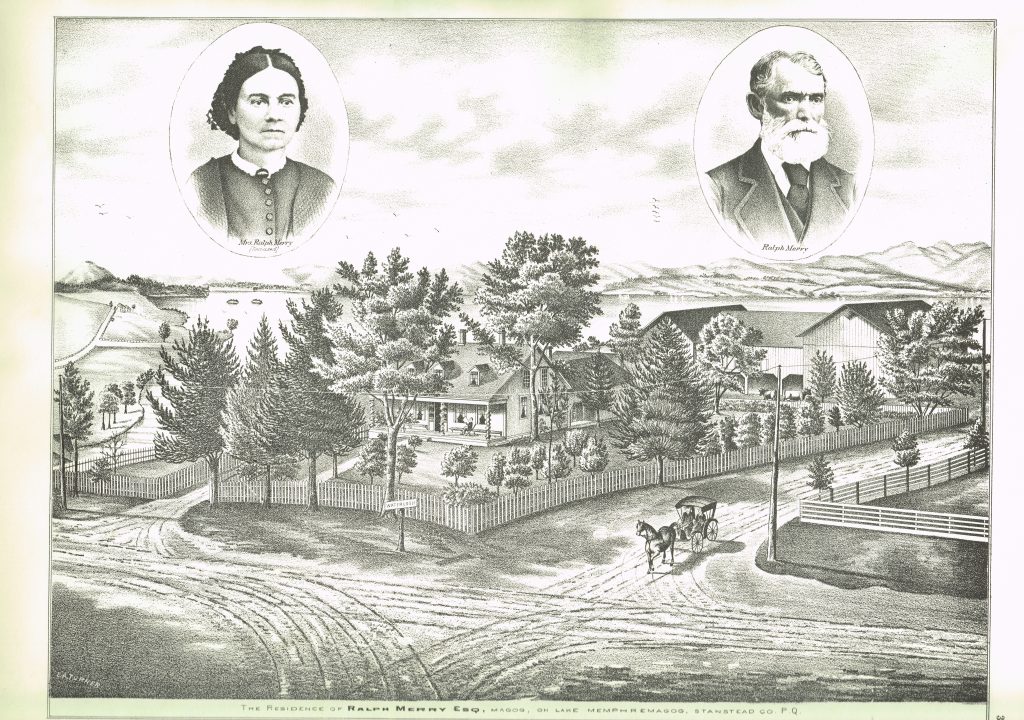 The first mention of education at the Outlet (or rather the village of Magog up to 1855) can be found in the private diary of Ralph Merry IV (1786-1863). On December 9, 1817, he wrote simply that he had been asked to teach. Despite serious health issues and the objections of several members of the community, his faith in God moved Merry to accept the project, as witnessed in this December 30, 1817 entry: “Tues[day] evening, while thinking on teaching school, God shines into my soul 3 times, thus I am encouraged.”[1]

As a result, Ralph Merry IV began giving lessons on January 4, 1818 in the home of his father Ralph Merry III. As Alain R. Roy notes, “It is a personal initiative whose functioning is not, for the time being, under the jurisdiction of the governing policies of the Royal Institution, these government-subsidized schools.”[2] During this first teaching experience, his chronic ailments restricted him to teaching only half-days[3]. Nevertheless, he confided his enthusiasm for his role as an instructor to his diary and noted his satisfaction with the progress of his pupils:

“I have taught school exactly 8 weeks since the 4 of Jan[uary]. [C]alculate to stop for the present. – It appears that the few children, who have been under my care have improved in learning, to the satisfaction of their Parents, which is a satisfaction to me.” [4]

Based on this account from 1818 and that of 1824, the school year lasted only 8 weeks, spaced out over the months of January and April. Over the course of the summer of 1821, the Merrys built a new house for the family. This residence also welcomed Ralph IV’s school. He continued to teach groups of 6 to 20 pupils up until 1824.[5]

Ralph Merry IV was devoted zealously to preaching religion. During his many travels throughout New England, he wrote hymns and poems and attempted to have them published. At the age of 71, he composed this acrostic poem for his friend, Professor Mary Ann Turner Hoyt:

Have perseverance zeal and love
O keep the worth of souls in view
Your efforts Jesus will approve
Try hard to meet them all above. [6]